At today’s conference, the Cupertino-based company released the new iPad. The 9th-gen entry-level iPad has got a few improvements over its predecessor. Let’s see what new features the iPad 10.5 or “the revived 2019 Air” comes with. 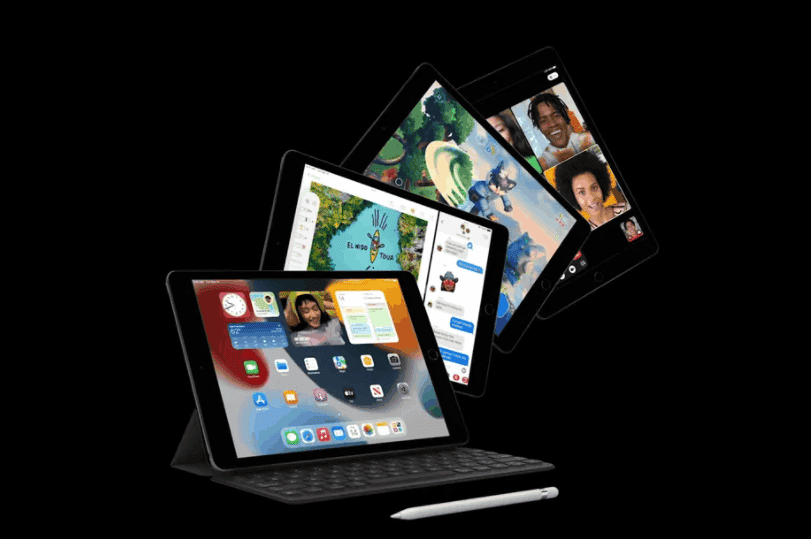 In fact, the 9th-gen iPad doesn’t come with many innovations but now it is more powerful. The main reason why it doesn’t’ sport many outstanding features is the price. The regular price is $329. You can order it now, and the new iPad will appear in your hands next week.

The 9th-gen iPad comes with the same design style as all previous iPads. Thus, it has big bezels, a rounded Touch ID home button side, and rounded corners. On the front, we will find a 10.2-inch display. The latter uses an LCD panel. Unfortunately, it doesn’t support the much-demanded 120Hz refresh rate. However, all Apple iPad products have been boasting of accurate colors and sharpness. So the new iPad 9 will provide an outstanding viewing performance as well. Of course, we are not naïve to wait for the top-end display features of the high-end iPads. But it is still one of the best tablets on the planet. 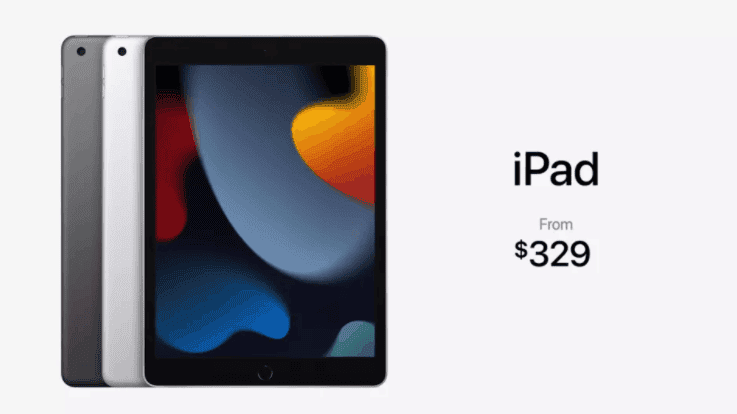 According to the official introduction, the screen got True Tone display. This is a special software that makes the iPad adjust the screen’s temperature to match the ambient light around you.

We understand that it sounds a bit outdated but the Apple A13 is still a good chip. It can do the job much better and faster than the processors of a lot of competing tablets out there.

Unlike the processor, the storage of the 9th-gen iPad has become bigger, 64GB. Shortly, it’s doubled.

At the event, the most exciting moment was the announcement of the camera. The iPad 9 has got a the same camera as the iPad Pro (2021). Thus, we are talking about a 122-degree selfie camera. This is an ultra-wide lens with a 12MP resolution. Due to it, the camera supports Apple’s unique feature dubbed the Center Stage. The latter allows the software to “follow your face” as you move around.

As for the main camera, it still remains at an 8MP resolution.

The 9th-gen iPad supports the Apple Pencil 1st gen. It charges through the Lightning port of the tablet and doesn’t have magnets inside.

The iPad 9 got a support for an Apple Keyboard Folio. Of course, it’s not as good as the Magic Keyboard, but we have what we have.

Apple considered a plastic version of the lower-priced iPad

Apple confirms that some iPhone 13 series units have bugs