Gaming smartphone brands have set a standard in recent years. Most of them release a set of gaming smartphones in the first half of the year, and then, upgraded versions in the second half. This has gained force with Qualcomm launching a Plus variant of its flagship SoC in the second half of the year. This year wasn’t an exception and we’re seeing gaming smartphones with the newer Snapdragon 888+. Xiaomi will not leave its Black Shark 4 series without an upgrade and is bringing the Black Shark 4S duo tomorrow. A few hours ahead of the release, it’s time for a few teasers to build up anticipation.

The Black Shark 4S and Black Shark 4S Pro will pack the Qualcomm Snapdragon 888+ SoC. The Pro model will have faster storage and other improvements to make it worth the “Pro” title. The new smartphone will feature the new Dual Disk Array 2.0 system. It promises to further enhance the read and write performance. As we can easily tell by the name, the system is an improvement over the RAID system used in the Black Shark 4. 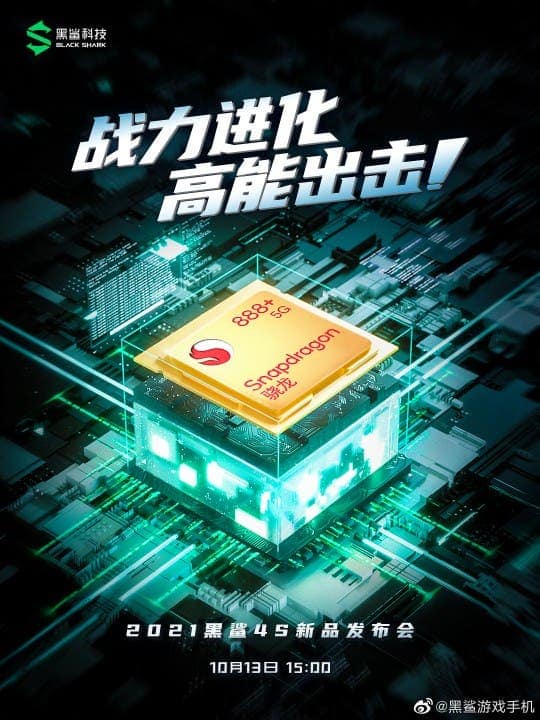 The Black Shark 4S Pro will come with 120 W fast charging for its 4,500 mAh battery. The battery may not be so impressive when we have smartphones with 5,000 mAh and beyond. However, it’s not that bad when you have a charging system that can charge it in just 15 minutes. That’s right, the company has tweaked the charging technology to deliver a complete charge under the 17 minutes of the 4 Pro. If you don’t have 15 minutes, then 5 minutes will be enough to get the device from flat to 50 percent.

The company revealed a video that shows a charge test between the Black Shark 4S Pro and an iQOO 8 Pro which also has 120 W charging and a 4,500 mAh battery.

In addition to the aforementioned technologies, Black Shark promises massive improvements for the handset. The gaming experience is more than just images and performance, the audio is also important. The company promises a lot of improvements in this area and will dethrone the current champion of the DxOMark Audio Quality charge – the Black Shark 4 Pro. The company also revealed a blind test of the 4S Pro.

Another expected features are the Samsung E4 AMOLED display with a 144 Hz refresh rate. The handsets will also have a 720 Hz touch sampling rate for touch latency. It offers just 8.3 ms as well as hardware shoulder triggers.

Next Huawei Nova 8i launched in Germany