The Realme Q3s and the Realme Watch T1 will reportedly launch alongside the Realme GT Neo2T smartphone in China later this month. Realme will be unveiling the GT-series smartphone during an October 19 launch event in its home country of China. However, if a recently surfaced report from MySmartPrice is anything to go by, two more Realme products are set to be announced at the launch event.

The publication cites a Weibo post from noted tipster WHY LAB. The same leaker previously revealed that the Oppo K9s will go official on October 19. The upcoming Realme Q3s will reportedly offer the same specifications as the K9s. According to a report from 91mobiles, Realme will be announcing five other products at the launch event. The company will be unveiling the Android 12 based-Realme UI 3.0. Aside from that, the company will be announcing its latest smartwatch dubbed, Realme Watch T1, and the Realme Q3s smartphone.

The Realme Q3s has passed through multiple certifications websites including TENAA. Last month, Realme’s upcoming Q-series smartphone was spotted on China’s 3C website. The 3C listing divulged some key specifications, including details about the phone’s charging speed support. Likewise, the TENAA listing suggests that the phone will sport a 6.59-inch display with Full HD+ resolution. Furthermore, the phone will reportedly pack an octa-core Snapdragon 778G SoC under the hood. 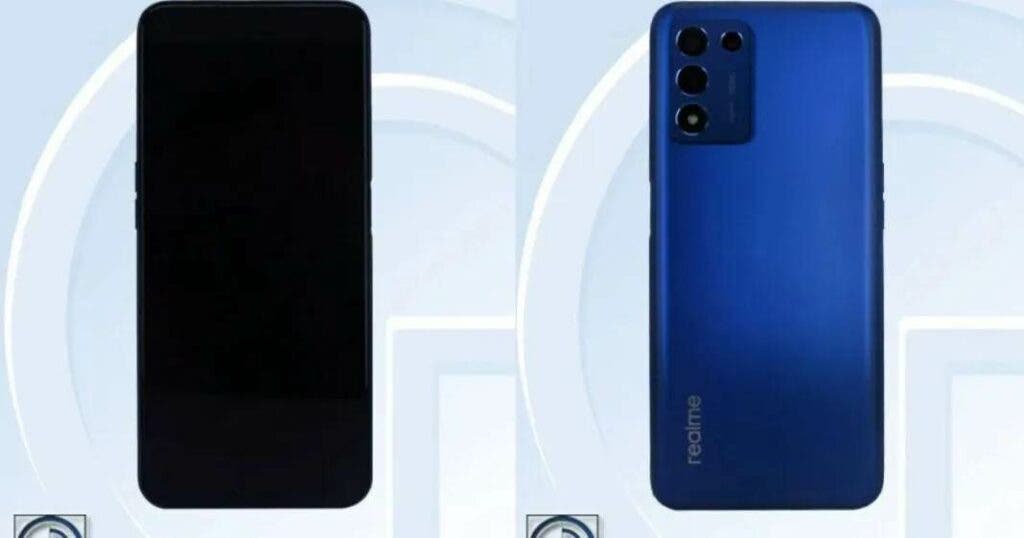 The chipset was revealed via a Geekbench result. Moreover, the phone will come with 6GB, 8GB, and 12GB RAM options. In terms of built-in storage capacity, you will be able to choose between 256GB and a 128GB storage variant. Aside from that, a larger 512GB storage model could go on sale as well. As mentioned earlier, the phone will run Android 11 out of the box. The Q3s is likely to house a 48MP main camera, and two 2MP cameras for depth and macro shooting at the back.

Upfront, the Realme Q3s will house a 16MP shooter for selfies and video calling. Moreover, it is likely to draw its juices from a 5000mAh battery. The phone will reportedly come in Aurora Purple and Dark Blue color options. More details will be unveiled at the impending launch event.

The new Realme smartwatch could be announced at the October 19 launch event in China. A set of leaked images of the Realme Watch T1 shared by 91mobiles gives us a glimpse of the smartwatch’s appealing design. In the pictures, the wearable seems to sport a round-shaped dial. Moreover, it will reportedly support voice calls. The smartwatch will boast an array of health and fitness-centric features.

The watch’s strap could be of a rubber material. The images give us a glimpse of the interface elements as well. With the launch event around the corner, Realme will probably divulge more details about the Realme Q3s, Watch T1, and products it will be unveiling at the launch event.

Realme Q3s Specifications Teased Ahead Of Launch Via A Teaser Image