Honor released the latest official warm-up poster of the Honor Play5 Vitality version. The company officially announced that it will release this device at 19:30 on October 25 (next Monday). According to the company, the major selling point of this device is that it supports an ultra-high screen-to-body ratio of 94.4%. This should be the highest screen-to-body ratio of a straight-screen mobile phone. 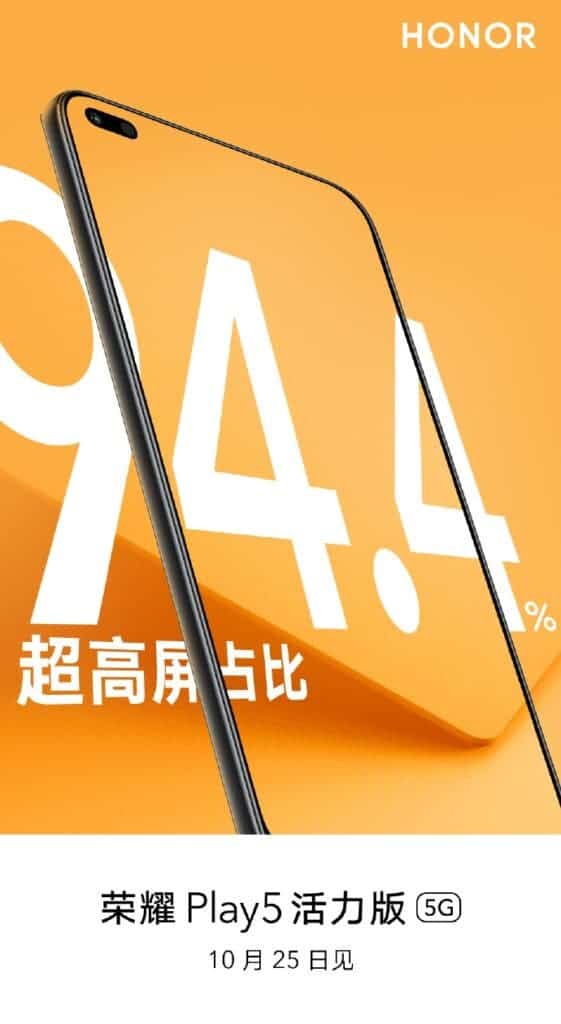 From the posters, we can see that the left and right bezels are extremely narrow. Similarly. the top bezel is also ultra-narrow but this poster does not show the chin. We can also see that this device will come with a dual punch-hole camera design. The front camera is on the pill-shaped cutout on the top left of the display. Furthermore, the posters so far show that we will have at least two colour options, black and blue.

According to previous reports, the phone also supports 66W super-fast charging. The previous generation of Honor Play5 actually supports 66W fast charging and it charges up to 60% in 15 minutes. The full charge of this smartphone (0% to 100%) takes only 35 minutes. This device uses a 3800 mAh battery. However, the battery capacity of the new Honor Play5 Vitality version is still under wraps. This, the charging speed remains uncertain, but of course it will most likely be fast.