We know that the OPPO Reno7 series models will hit the market in the near future. But this doesn’t mean there will be no new model in the previous series. Recently, a Twitter tipster found out that the company is going to launch a new model namely the OPPO Reno6 Lite.

According to the tipster, the OPPO Reno6 Lite ought to land in Europe first.

When looking at the key features of the upcoming smartphone, we see many similarities with the OPPO F15. So there is every reason to think that, as OPPO usually does, the OPPO Reno6 Lite will be the rebranded version of the aforementioned OPPO F19.

In addition, for the first time, the machine also has a Glow back cover design. The rear panel also carries a 48MP main camera. It is accompanied by a 2MP wide-angle lens and a 2MP macro lens. The main shooter supports AI 2.0 embellishment, night portrait-AI scene enhancement, FlexDrop, etc.

Though the blogger didn’t mention a specific Snapdragon chip mode, it’s going to be the Snapdragon 662. We mean the rest of the features are identical to the OPPO F19. And as the latter comes with the SND662, we can assume that the new model will sport this chip too.

As we can see, both the OPPO F19 and the forthcoming OPPO Reno6 Lite are mid-range smartphones. The keys mentioned above prove this statement. But there are other specs that we should mention as well. Say, it runs on ColorOS 11.1 based on Android 11; has a 3.5mm headphone jack and a USB Type-C port; weighs 175g, and has a thickness of 7.95mm. The model launched in India had two simple colors including Black and Blue. 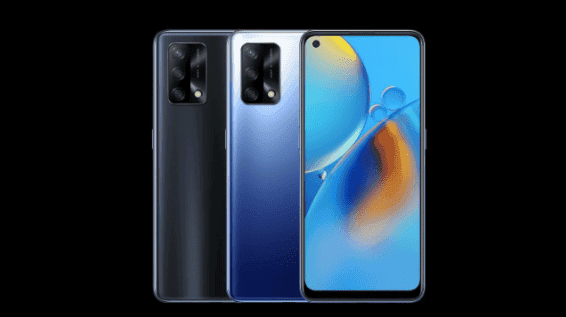 Well, all these features show that the OPPO Reno6 Lite could become a hot-seller in the European market. But besides being a balanced mid-range smartphone, it’s also a good option for those who are looking for top-end display handsets. Though the phone came with a standard 60Hz refresh rate support, other screen parameters really make it stand out. There are features like 800-nit peak brightness and 180Hz touch sampling rate. Agree that there are not many mid-rangers with such a screen.

Previous Telegram will have a paid subscription to disable ads