On December 16, the announcement of Honor X30 is scheduled and the company decided not to keep the design of the smartphone a secret. Following the video teaser, it posted on the network a promotional poster showing the appearance of the smartphone, as well as the colors in which it will be available.

Honor X30 appears on live photos in all colors 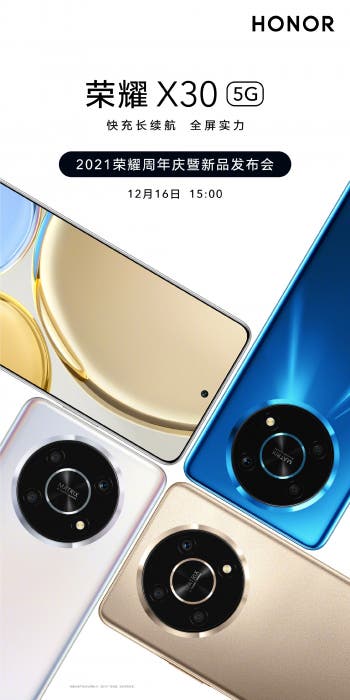 In addition, the picture was supplemented by an anonymous source who posted live photos of Honor X30, which, apparently, were taken in some of the stores of the company, which received a batch of devices to start selling. The smartphone will have a display with thin bezels and a built-in front camera. 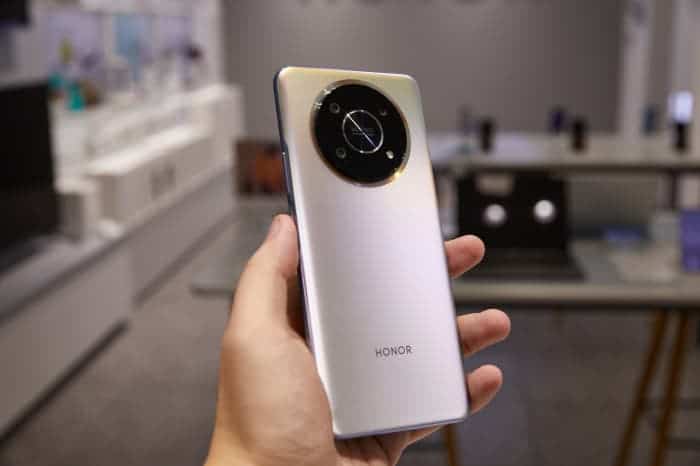 Also, at the back, the smartphone resembles Huawei Mate 40 thanks to the large round-shaped main camera unit. Here they preferred to install three image sensors and an LED flash. There will be three colors: black, gold and silver. The smartphone looks solid and presentable, and all thanks to the similarity with the Huawei flagship. 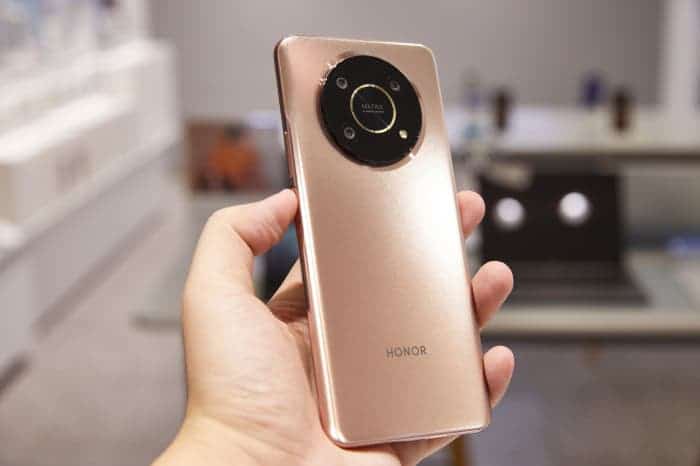 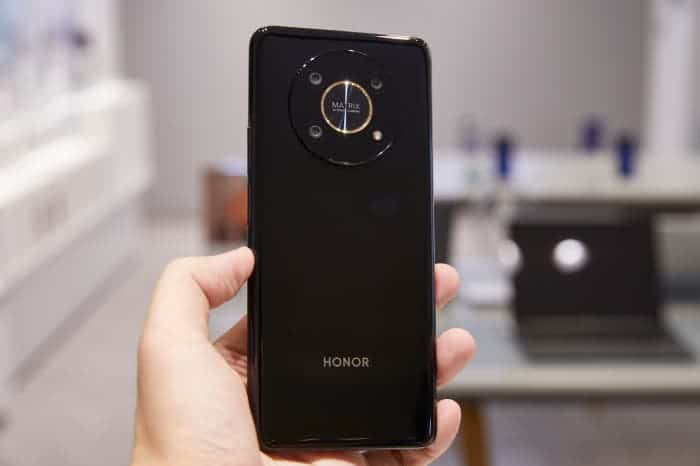 Recently, Honor held a launch event for the Honor 60 series smartphones. The family includes two devices: the base Honor 60 and the advanced Honor 60 Pro. The new items are built on the same hardware platform as the Honor 50 launched in the summer. Externally, the Honor 60 also strongly resembles the previous generation smartphones; showing the same recognizable design of the main camera unit.

The base Honor 60 is built on the Qualcomm Snapdragon 778G chip; which can be paired with 8GB or 12GB of RAM. The storage capacity can be 128 or 256 GB. The smartphone is equipped with a large 6.67-inch OLED display; with a refresh rate of 120 Hz and full HD + resolution. The screen provides 100% coverage of the DCI-P3 color space and stands out with strongly curved side edges. It is worth noting that the curvature of the edges of the screen follows the curvature of the back of the smartphone.

The Honor 60 is powered by a 4800mAh battery and supports 66W fast charging. According to the manufacturer, the smartphone can be fully charged in just 45 minutes. The smartphone will go on sale on December 10 at a price of $ 425; for a version with 8 GB of RAM and 128 GB of memory.

Also, the Honor 60 Pro is powered by the Snapdragon 778G Plus, the overclocked version of the Snapdragon 778G. As in the case of the base model, the amount of RAM can be 8 or 12 GB, but the storage capacity in each variant is 256 GB.

Previous MIUI 13 logo and new features have been revealed

Honor X30 Will Stand Out In Terms Of Battery And Endurance