We’re used to seeing Philips’s name on a set of electronics, but it’s not every day that we see a smartphone from the company. Honestly, I can’t remember the last device launched by the company, but that does not really matter anymore, as the latest device now is the Philips PH1. The giant of electronics has introduced its new smartphone in the Chinese market. It joins the budget segment of smartphones that is quite hectic in the Asian country.

The Philips PH1 flaunts a 6.5-inch HD+ LCD with a waterdrop notch for the 5 MP front-facing snapper. The device has fairly thick bezels and just a standard 60 Hz refresh rate. Moving around to the back, there is a dual-camera ring comprising a 13 MP primary camera and a 2 MP depth helper. The camera setup clearly shows this devices’ purpose for the low-end segment. 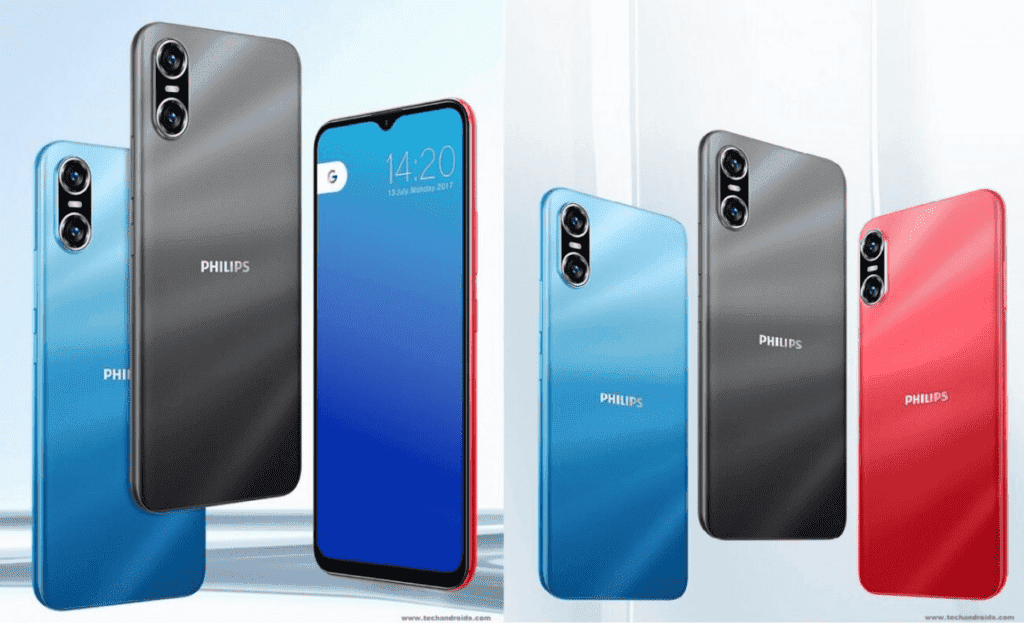 Under the hood, we have a chipset from a company that is becoming quite popular in the budget segment – Unisoc. The Unisoc Tigert T310 comes at the helm of this handset with 4 GB of RAM. You probably don’t know the specs of this chip and we are here to bring them. It’s a Quad-Core chipset with 1 x ARM Cortex-A75 core with 2.0 GHz and three ARM Cortex-A55 cores clocked at up to 1.8 GHz and a Power VR GT7200 GPU. Honestly, we don’t think this chipset can handle more than basic apps. And the performance probably will be the Achilles heels in this device. Anyway, it comes with three storage options with 32 GB, 64, or 128 GB. You can expand the internal storage via a good micro SD card.

In terms of battery life, the Philips PH1 draws its powers from a 4,700 mAh battery. Interestingly, it also has a USB Type C port although there is no mention for fast-chargin. Anyway, the sole fact that it comes with a Type C port is awesome. As we know, there are some brands that still insist on the micro USB standard on budget smartphones. The device also has a headphone jack.