Huawei has been battling with the U.S. ban for a couple of years now. Before the U.S. eventually approved a series of bans on Huawei, the Chinese manufacturer was set to become the largest smartphone brand globally. However, since the ban, Huawei’s smartphone business has been plummeting. The company accepts its fate but has consistently said that its smartphone business will not die. According to Huawei’s executives, the company is just “trying to survive” in the smartphone market. In truth, Huawei is not competing, it is just doing enough to stay alive in the smartphone market.

After the loss of Google Mobile Services, Huawei had to focus its smartphone business in China. The recent market research report from the Chinese smartphone market shows that the company is doing well, at least in the 5G segment.

According to Counterpoint Research, the Chinese smartphone market share in the third quarter has some significant changes. Smartphone brands like Vivo and Oppo claim over 20% of the market share, forming the top dual powerhouses. 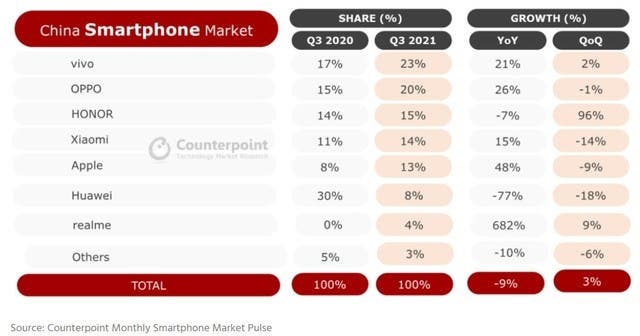 Huawei ranks sixth in the Chinese smartphone market in the third quarter of 2021. This is a huge 77% drop year on year and its market share is only 8%. In fact, for other research firms, Huawei has no position and falls under the “others” category. In this regard, many people may think that Huawei has basically lost its mobile phone business. However, what is less known is that Huawei’s position in the 5G smartphone market is still difficult to shake. 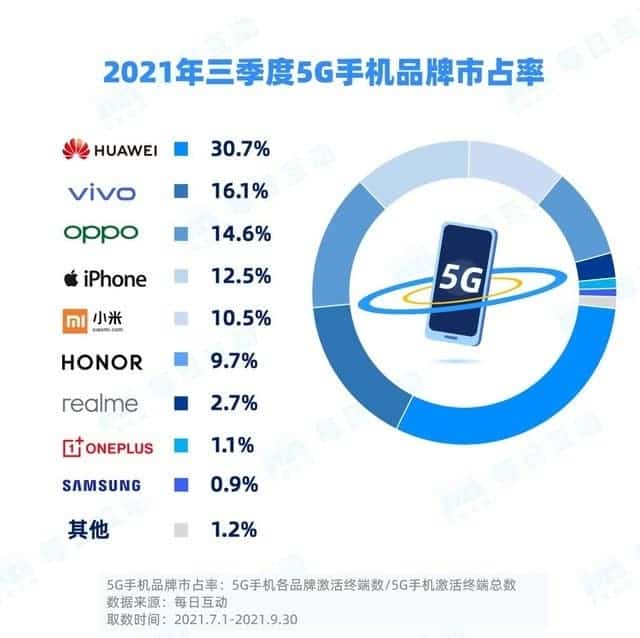 According to recent sales data from China, in the third quarter of 2021, the proportion of 5G smartphone activation devices in the Chinese market continues to increase, reaching 27.4%. In terms of brand market share, Huawei’s market share hit 30.7%. Although this is a decline from the second quarter of this year, Huawei still ranks first. This simply means that 30% of all 5G smartphones in use are Huawei’s devices. Thus, after almost two years (16 months) of the chip supply cut off, the company is still selling. How is this possible?

1. Huawei has pretty decent and hard to reject smartphones

Although the Chinese manufacturing giant is facing some issues in the market, it has some pretty decent devices. The lack of GMS is not an issue in China, the chip ban is the only issue. Nevertheless, the company has smartphones like the Huawei P40 series, Mate30 series, and Mate40 Pro. These smartphones remain in the top ten best-selling list in China. For every 100 5G mobile phones, 13 are Huawei’s two series of products. 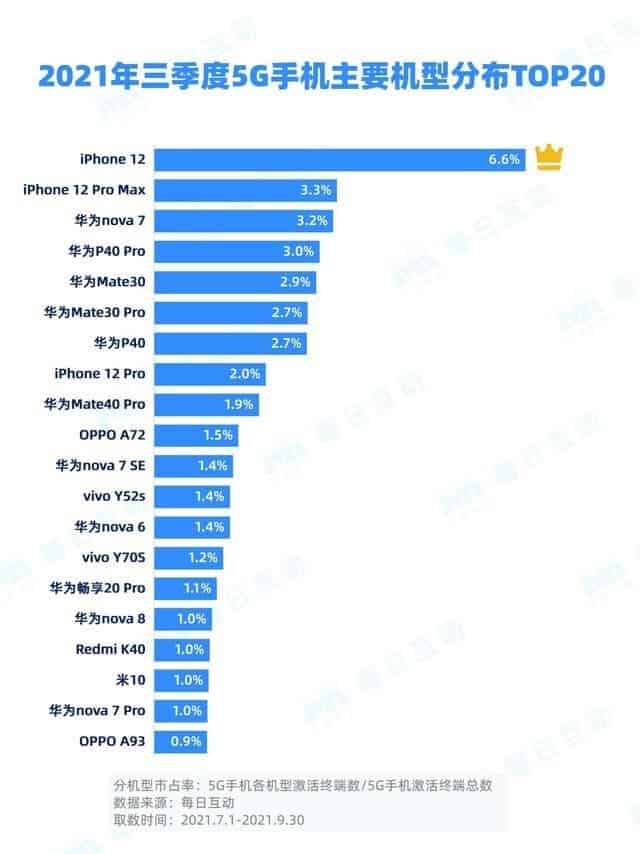 In addition to these smartphones, Huawei nova 7 ranks third in China with a market share of 3.2%. The only two smartphones that sell more than the nova 7 are iPhone 12 and iPhone 12 Pro Max.

Chinese smartphone users love the nova series since its official launch. The latest nova 7 hit the market in 2020 and it is the hottest model of the series so far. According to market reports, in the third quarter of 2020, Huawei’s nova7 series has the largest single product sales of smartphones in the China.

Old Huawei users know that Huawei has a 99 yuan ($16) guarantee for battery replacement service throughout the year. In addition, it also offers intermittent gratitude feedback, 20% off warranty repair spare parts. The battery renewal starts at 79 yuan ($12) and there is also free disinfection, cleaning, testing, and more.

Furthermore, Huawei has also launched a series of “old phone refurbishment” services and “memory upgrade” plans. In addition to replacing the battery and screen, it also supports replacing the back shell and upgrading the storage space. With all these services available in China, an old Huawei smartphone can be used for another 3 years.

3. Then there is HarmonyOS

Many people in China want to experience HarmonyOS. Android and iOS are foreign operating systems and they want to feel what their own system can offer. Statistics show that a good number of new Huawei users in China get the device to experience HarmonyOS. According to the company, it will upgrade this system to 100 models this year. This upgrade includes smartphones that are as old as five to six years. Very old devices like the Huawei Mate 9 series already have the HarmonyOS update in China. 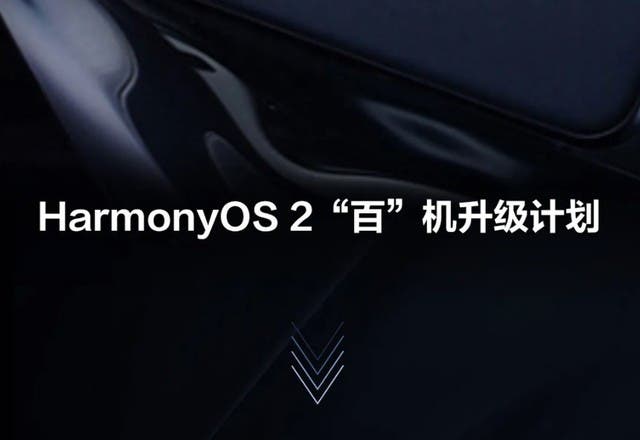 Under the “call” of HarmonyOS, a large number of old models have been reborn. Data in October shows that 150 million users have upgraded to HarmonyOS. In order to experience, many users either purchased new phones or re-activated their old devices.

As of September 13th, HarmonyOS users officially exceeded 100 million. By September 27th, Huawei HarmonyOS users had increased to 120 million. As of October this year, the HarmonyOS 2 had over 150 million users in China. This upgrade is Huawei’s largest system update in its history. Unfortunately, there is no report with regard to the specific date that HarmonyOS 2 will arrive in global models. In fact, Huawei is still maintaining the EMUI 12 on top of Android 10 for global versions.

The average replacement cycle of 5G smartphones is 27 months. This is also an important reason why Huawei can maintain the stock market. For example, the first 5G mobile phone of the nova series was released in 2019, and it is still online in large numbers. Recently, Huawei released the Snapdragon 888 4G version of the P50 Pro. The launch of the 4G version is also a commitment to the stock market. Once the 5G chips are normally supplied, Huawei can quickly return to its proper position.

Next Baikal-S: Russia Made Its First Competitive Chip With 48 Cores