Andy Rubin, the “father of Android”, founded Essential after leaving Google due to the scandal. After setting up the company, it released the Essential Phone (Essential PH-1). However, the company could not keep up with the competition and it had to close down. However, the Essential Team members did not break up after the close of Essential. The team has now come together and refunded another company called OSOM. According to reports, OSOM will launch a “special” flagship smartphone next year. We call this smartphone “special” because the report claims that it is 100 times better than Android in terms of privacy protection. 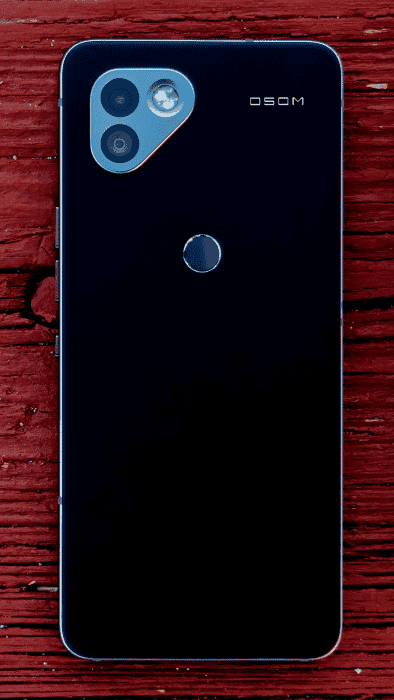 OSOM was founded in November this year by Jason Keats, the former CEO of Essential Phone. The main eight employees of OSOM are from Essential. We can say that this brand is a spin-off from Essential. However, the founder of Essential, Andy Rubin, is not part of this new company. OSOM plans to launch its first flagship, OSOM OV1 in the summer of next year. It will still use the Android system and will not use the modular system developed by Essential. This time it does not plan to take a maverick route.

The main selling point of OSOM OV1 is privacy protection. Since the Android system is relatively open, everyone knows that Android phones are not doing well in this regard. OSOM OV1 will polish the Android system. It claims to have privacy protection 100 times better than Android. This device will adjust the system at the developer level. For example, it is easier to turn off functions that easily reveal privacy, such as GPS and cameras.

In an interview with TechCrunch, OSOM shared a white colour version of the OV1. Furthermore, its CEO, Jason Keats revealed the price of this smartphone. According to him, this device will be available for less than $1000. He also clarified that we’ll see a “full announcement” of the phone at MWC, which is currently scheduled for February 2022. If OSOM OV1 is a big success, the company plans to launch seven or eight mobile phones and other smart products in the next three years.

Essential didn’t really take off before the crash

Back in 2017, Andy Rubin’s start-up company called Essential launched its first-ever smartphone dubbed Essential PH-1. The device brought the world the notch trend and was quite famous for its snap-on accessories. Well, even though Andy Rubin tried offering something different, the device sold poorly. Furthermore, it received mixed reviews from both consumers as well as critics. Just when everyone was expecting the next smartphone, the company announced that it is shutting down. At first, the Essential PH-2 drew hype and investment but later on everything went downhill. Eventually, Essential was sold to Nothing but the deal was basically about patents.

Next Ulefone Armor X10: The best compact rugged smartphone you can buy

Solana Saga is the new name of Osom’s OV1 smartphone