Today, on the first working day of the new year, Redmi brand manager, Lu Weibing issued a statement through his Weibo channel. He said that they had already begun the preparation works to launch the forthcoming Redmi K50 flagship series, and he will serve as the team leader. Also, he joked saying which feature the team should spoil first. The series is expected to be uncovered after the Spring Festival. [The latter is the Chinese New Year, which begins on January 31 and ends on February 6.] 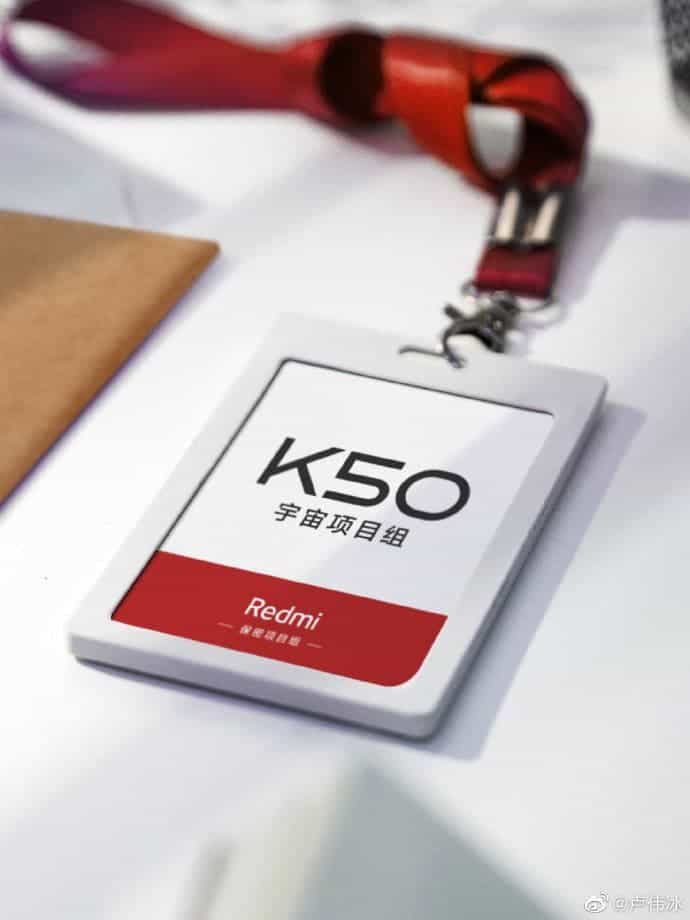 In fact, we know almost everything concerning the selling points of the Redmi K50. The most interesting feature is going to be the MediaTek Dimensity 9000 chip under the hood. But this doesn’t mean all models in the lineup will be using this SoC. There will be around five models – Redmi K50, K50 Pro, K50 Pro+ and K50 Gaming Edition, Redmi K50 SE. Say the K50 and the K50 SE should come with the Dimensity 7000; the gaming version will feature the mentioned Dimensity 9000; the Redmi K50 Pro ought to come with the Snapdragon 870; the K50 Pro+ may be sporting the Snapdragon 8 Gen 1. Looking at these SoCs, we can assume that the most powerful version will be the Redmi K50 Pro+.

But if getting back to the Redmi K50 Gaming Edition, the Dimensity 9000 won’t lag much behind the Qualcomm rivals. It uses TSMC’s 4nm process and consists of 1 Cortex-X2 3.05GHz super core, 3 Cortex-A710 2.85GHz large cores, and 4 Cortex-A510 energy efficiency cores. In AnTuTu, the chip managed to score over 1 million points. 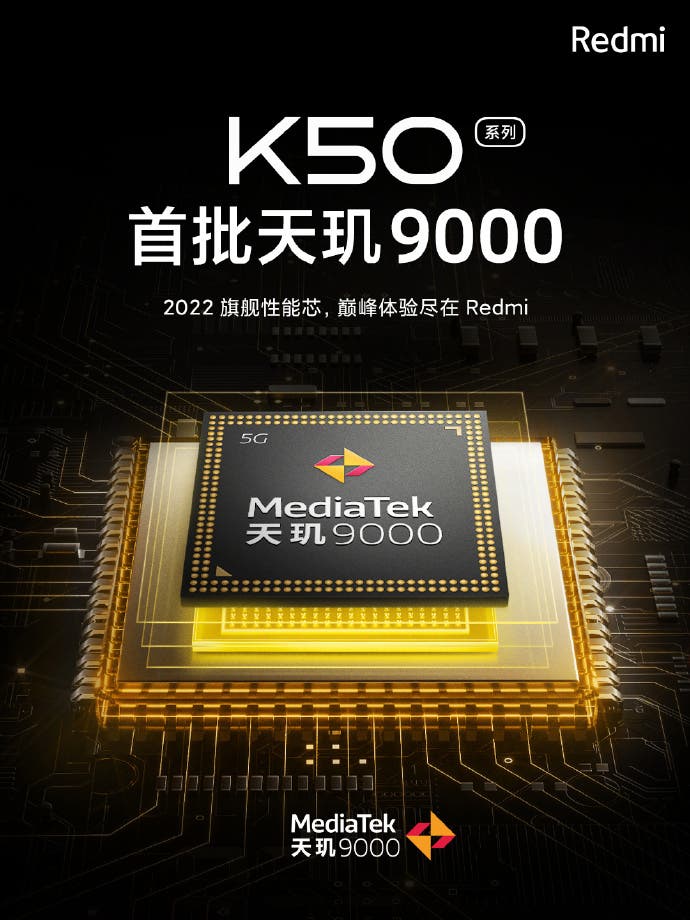 The next highlight is going to be the screen. According to the leaked info, the Redmi K50 will use Samsung’s high-quality flexible display. Like the previous year’s Redmi K40, it will use an OLED display. As we have previously heard, Redmi’s internal planning for new products has five aspects: independent display, LCD, E6 material OLED, adaptive refresh rate technology, and 2K ultra-clear resolution. It is worth noting that the resolution, E6 material, independent display chip, and other specifications are all new configurations that have never been applied by the Redmi brand before. The Redmi K50 will likely be Redmi’s first 2K model and supports higher refresh rate adjustments. All models will use a centered single-hole straight screen design.