OnePlus has officially revealed the first look of the hotly-anticipated OnePlus 10 Pro before the phone goes official in China. OnePlus fans have restlessly been waiting to catch a glimpse of the OnePlus 10 Pro, and now, OnePlus has officially given them their first look at the upcoming smartphone. Aside from that, the Chinese smartphone manufacturer has confirmed the OnePlus 10 Pro launch date. The hotly-anticipated OnePlus 10 series smartphones will go official in the company’s home country of China on January 11. OnePlus made this announcement via a post on the company’s Community forum.

The official confirmation puts all rumors surrounding the OnePlus 10 Pro to rest. To recall, the phone has been making multiple appearances online in the form of leaks for a long time. Furthermore, the OnePlus 10 Pro has been subject to several speculations. For instance, the full OnePlus 10 Pro specifications and a render had popped up online earlier this month. Now, the landing page does not reiterate the previously tipped January 11 global launch date of the handset. In fact, it does not divulge any details about the phone’s launch date.

The OnePlus 10 Pro renders posted by the company show the phone’s rear panel. According to OnePlus, the phone’s newfangled design is a notable upgrade over the company’s current unified and stylish design ideas. In his post, OnePlus founder, Pete stated that the OnePlus 10 Pro adopts a “brand-new look” that includes an eye-catching triple camera system at the back. He noted that the rear-mounted camera setup blends from the handset’s metal frame to its rear glass panel. Furthermore, OnePlus has used ceramic material to make the camera module. 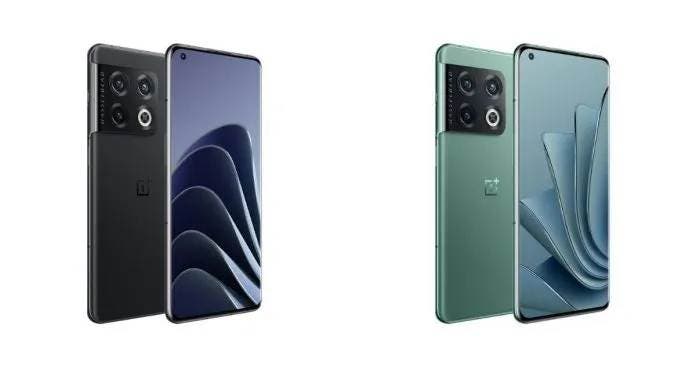 According to Pete, the aforesaid ceramic material offers 13 times more fracture toughness than glass. Moreover, the phone will reportedly sport a 6.7-inch Curved LTPO AMOLED display that provides a 2K resolution, coupled with a high refresh rate of 120Hz. Under the hood, the phone packs a Qualcomm Snapdragon 8 Gen 1 processor. Moreover, it has a highly competent Adreno 730 GPU. The phone will probably use a 5,000mAh battery with 50W wireless charging and 80W fast charging support to draw its juices.

In terms of photography, the OnePlus 10 Pro houses three cameras at the back. These include a 48MP main camera, a 50MP ultra-wide-angle camera, and an 8MP auxiliary lens. Upfront, the phone is likely to feature a 32MP selfie camera. The front shooter could be housed inside a punch-hole notch.