The folding screen smartphones market is becoming saturated. More and more brands are working on their own models. And in the coming months, we will see several foldable smartphones designed by OPPO, Honor, and others. You may ask why Google doesn’t join the race. But the fact is that Google has been working on its model for a while, and at the end of last year, because of serious reasons, the company canceled the phone. Well, it said that the so-called Google Pixel Fold is not ready for competition. This doesn’t mean that Google won’t bring a similar model ever. No, this means that it should work harder to make the handset truly competitive. And maybe, it is already.

Also Read: Google Pixel Foldable Smartphone Will Be Released In 2022

Today, we got some interesting news saying that the Google Pixel Fold (codename Pipit) had appeared on GeekBench. As you should know, when a phone is spotted in benchmark platforms, it simply means the manufacturers are testing it. As for us, it is a good place to learn about the upcoming phones. The same is true for the Google Pixel Fold. We mean the GeekBench screenshot shows that it will be powered by a self-developed Tensor chip. 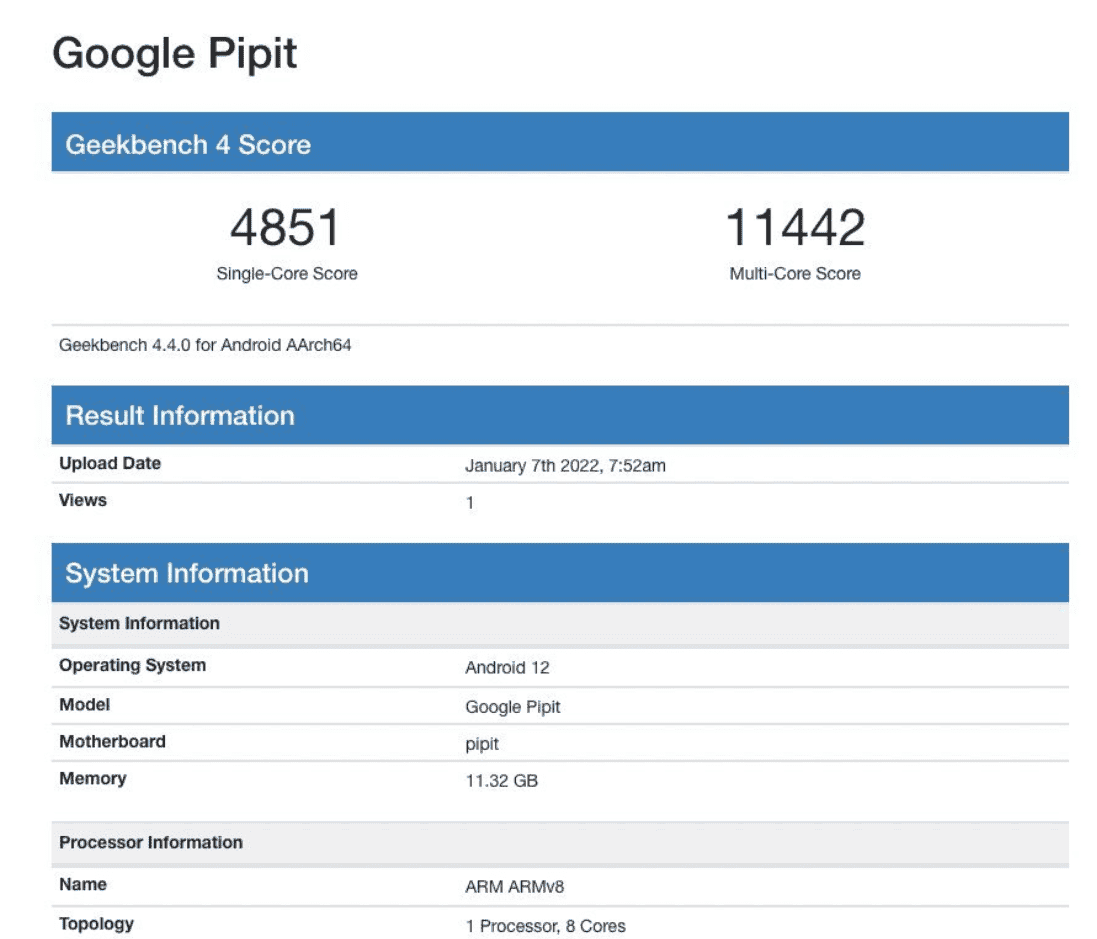 In terms of performance, in GeekBench 4, the Google Pixel Fold scored 4851 and 11442 scores in the single-core and multi-core tests, respectively. We can also see that the phone comes with 12GB of memory and runs Android 12.

Prior to this, when the phone has not been canceled yet, we knew that the Google Pixel Fold will use an LTPO OLED display. Plus, the handset will boast Samsung’s foldable display technology. The in-folding display will have a size of 7.6 inches. By the way, even at that time, we knew our protagonist will feature a Tensor chip.

“DSCC has confirmed with its supply chain sources that Google has decided not to bring the pixel fold to market. Not in 2021 and reportedly not in the first half of 2022. Our sources indicated that Google believed the product wouldn’t be as competitive as it needed to be.” 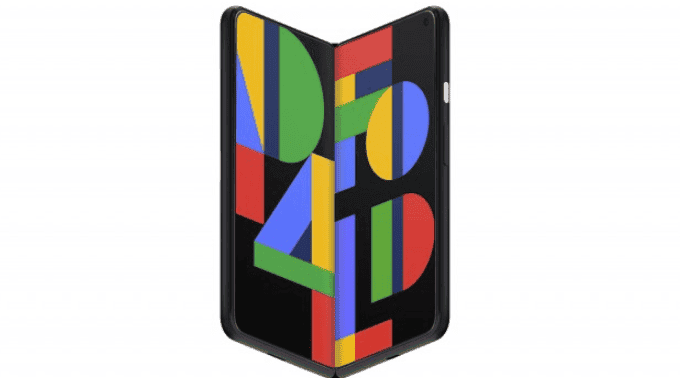 Anyway, according to the latest leaks, the device may not come in a short period of time. Google has canceled component orders for the phone. As said, Google realized that at this stage and this concrete model can’t compete with the Samsung Galaxy Z Fold/Flip. Interestingly, the main reason behind this is the lack of stylus support and/or under-screen camera support.