Honor had announced the arrival of its foldable smartphone a few weeks ago, and only a few days before the official announcement, all information about it has been leaked. The insider Ishan Agarwal has unveiled the first official images of the smartphone; which confirms that the Honor Magic V will directly compete with the Samsung Galaxy Z Fold 3.

The Honor Magic V promises to be the most powerful foldable smartphone yet, as it is the first to be powered by Qualcomm’s new high-end Snapdragon 8 Gen 1 SoC. The smartphone will not be particularly compact, since it will be 6.7 mm thick when unfolded and will weigh no less than 293 grams on the scale.

According to Ishan Agarwal, the Honor Magic V will be equipped with two screens, a main one of 7.9 inches (2272 x 1984 pixels) with a refresh rate of 90 Hz, while the external screen measures 6.45 inches ( 2560 x 1080 pixels) and is entitled to a maximum frequency of 120 Hz. Both screens are supplied by BOE Technology, a Chinese manufacturer specializing in display panels.

On the photo side, the smartphone offers a three-camera configuration, with a 50 MP main sensor, a 50 MP ultra-wide-angle sensor as well as a third 50 MP “Spectrum Enhanced” sensor that will allow you to take photos with amazing colors. The selfie camera will be managed by a 42 MP front sensor. 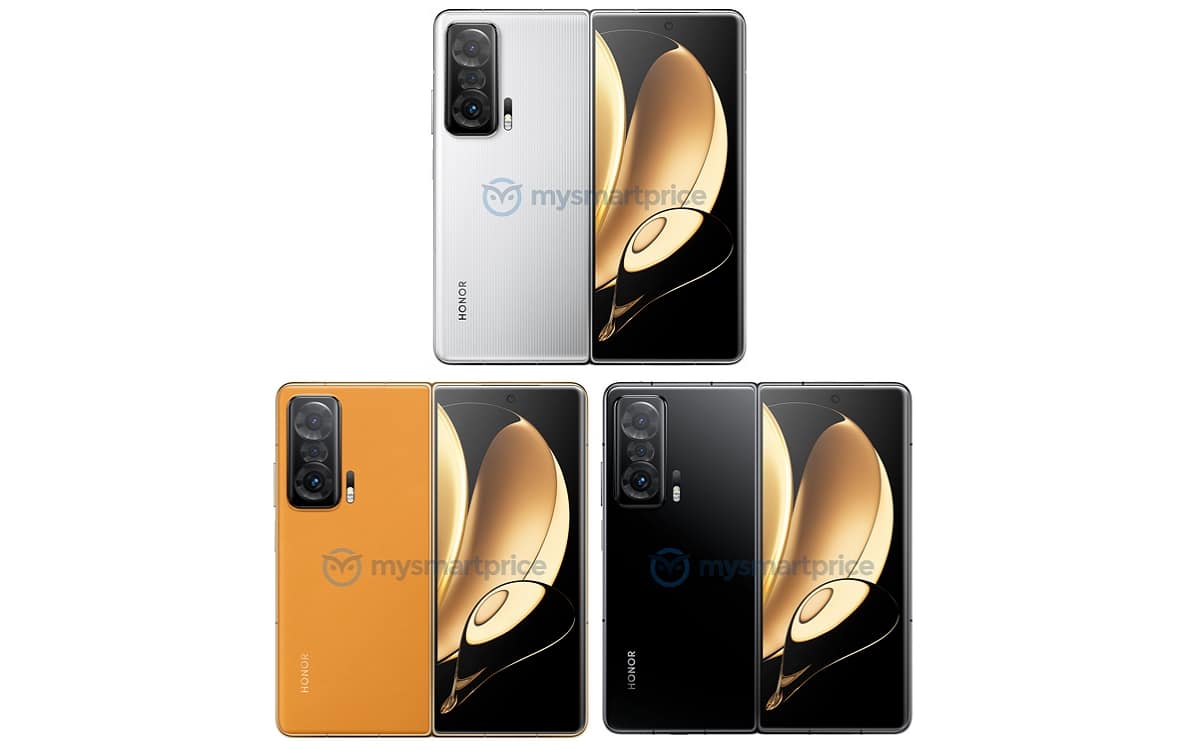 Finally, the smartphone would be equipped with a 4750 mAh battery compatible with 66 W fast charging. This is slightly more than the Galaxy Z Fold 3, which has a 4400 mAh battery. The Honor Magic V is also equipped with DTS: X speakers which will deliver excellent sound.

Just a few days before the official presentation; the price of the smartphone has already been unveiled by the WHYLAB leaker on Weibo. According to a photo stolen from the conference website; the Honor Magic V will be marketed from 13,999 yuan (1,943 euros); in its 12 GB version of RAM and 256 GB of storage; and at 14,999 yuan (2,081 euros) in its version 12 GB of RAM and 512 GB of storage.

The smartphone is therefore significantly more expensive than its competitors. We doubt that Honor will be able to offer it outside of China; so we will probably never see it arrive in Global markets. 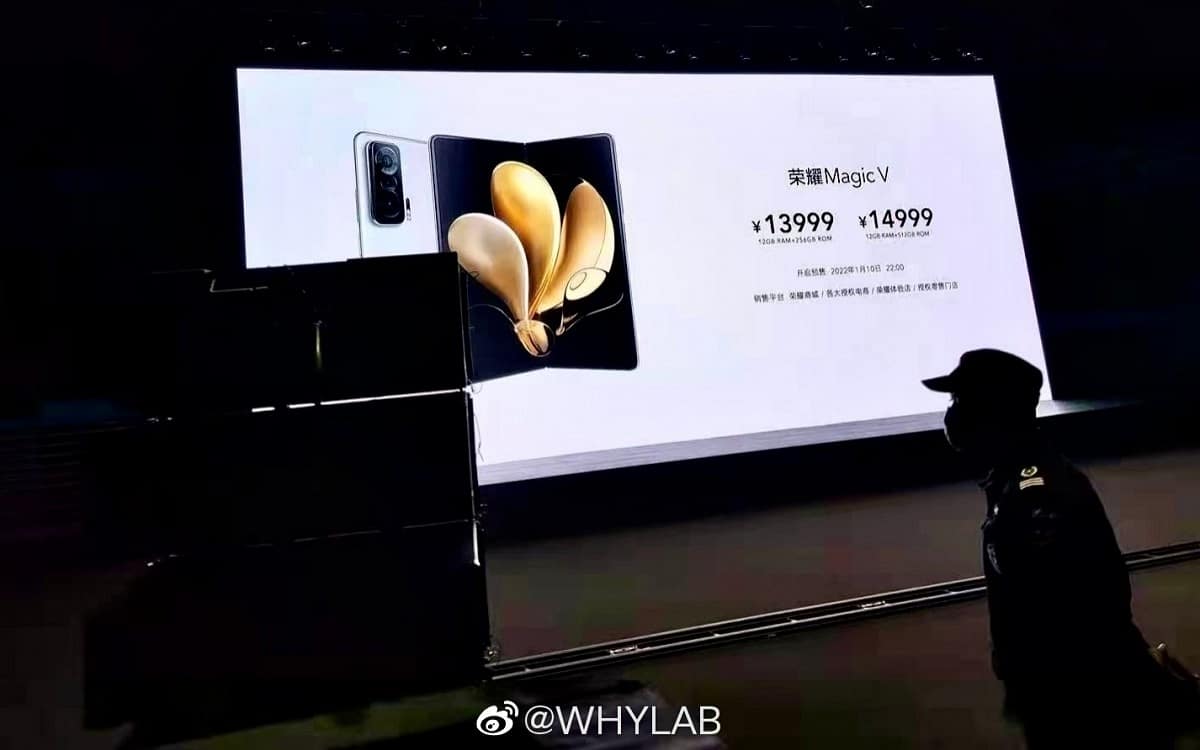 Back in the fall of last year, Honor announced its intention to release a foldable smartphone, which will be part of Honor’s line of experimental devices. Towards the end of 2021, it became known that the Honor Magic V would be the foldable smartphone; and at the very beginning of the coming year, the release date was also announced – January 10.