Vivo is gearing up to introduce the Vivo Y75 5G at the end of this month. That’s another device to join the company’s Y-series of smartphones that often target the budget segment. According to a recent report from MySmartPrice citing 91Mobiles, the new handset has most of its specifications completely leaked. In addition to the key specs, we also have some renders to look at. As expected, the Vivo Y75 5G will arrive as a budget 5G smartphone, bringing some of the most affordable 5G SoCs that the industry has to offer. 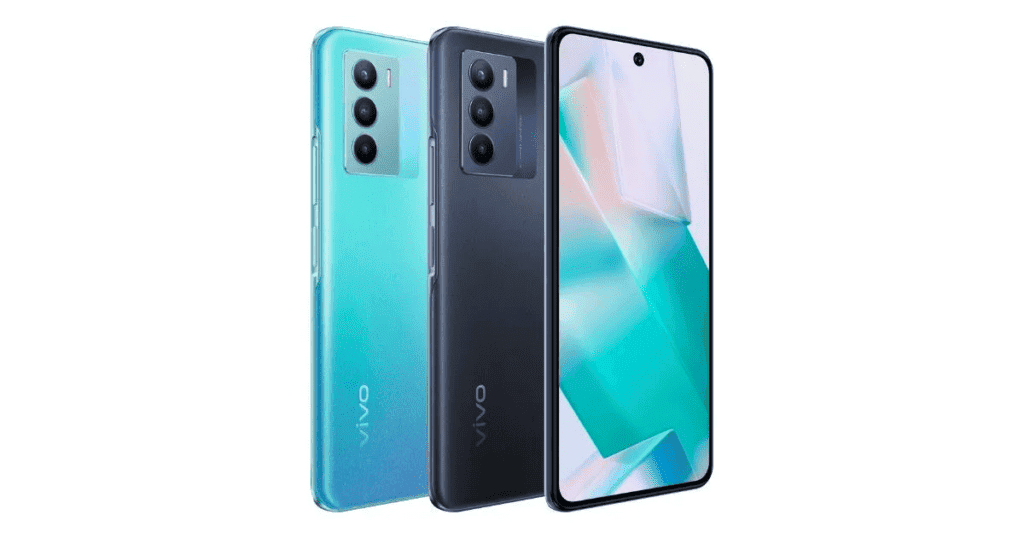 In addition to the physical 8 GB of RAM, the handset will bring 4 GB of virtual RAM. It will take a portion of the 128 GB Internal Storage to work. The virtual RAM will bring some relief for the physical RAM in order to keep some tasks active in the background.

In terms of optics, the Vivo Y75 5G is said to sport a triple camera setup on the back. It will pack a primary camera with 50 MP resolution. However, the exact purpose of the other two sensors is unknown. We may see an Ultrawide snapper with a macro/depth shooter. However, since this is a budget smartphone, the setup may bring just primary depth and macro sensors. Unlike other Vivo handsets in the low-end segment, this one has a modern punch-hole selfie snapper in the middle of the display.

The Vivo Y75 5G will draw its powers from a 5,000 mAh battery that charges with 18 W fast-charging. The leaked render suggests the device has a side-mounted fingerprint scanner. We can also expect a USB Type-C port at the bottom. In terms of software, this handset will bring an Android 12 straight out of the box with Funtouch OS 12 running on top. The handset should be released in India in the coming days, so we expect it to appear soon on the company’s website. Moreover, there could a variant with 6 GB of RAM aiming at a lower price point.