There is speculation that in the second half of this year, Qualcomm may release an overclocked or upgraded version of the Snapdragon 8 Gen 1 chip. It is assumed that the code name of the platform is SM8475 and it will be created using TSMC’s 4nm technology.

The well-known insider Evan Blass, who today leaked information about the Lenovo Halo smartphone to the network mentioned the new chip. According to him, this device will offer an SM8475 chip with an Adreno 730 graphics subsystem, 8/12/16 GB LPDDR5 RAM and a UFS 3.1 flash drive with a capacity of 128/256 GB. The device will have a 5000mAh battery with 68W fast wired charging.

The front panel of the Lenovo Halo will feature a 6.67-inch FullHD+ pOLED display with a refresh rate of 144Hz and a touch response rate of 300Hz. The case thickness will be 8 mm. Evan Blas accompanied his post with an image showing the design of the smartphone.

The Legion branding on the back of the Lenovo Halo indicates that it will be a device for gamers. The main camera will offer three image sensors, where the main one will be at 50 megapixels and this is due to the inscription on the camera unit. The key sensor should arrive alongside modules of 13 megapixels and 2 megapixels. 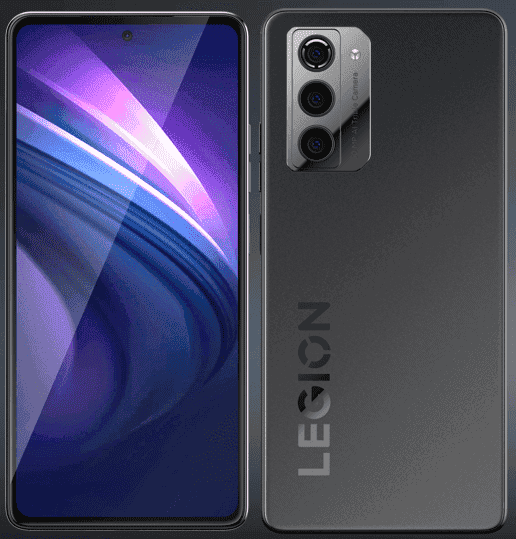 After the New Year is celebrated in China, a scattering of new products awaits us. In particular, gaming smartphones, which will launch by Xiaomi, ZTE and Lenovo, will act as a united front. Among them is the new Lenovo Legion Y90, the release of which the company has already begun to actively tease.

The manufacturer posted on the network a short video about the smartphone, showing its design. The smartphone will predictably get an aggressive and brutal appearance, which gives it a solution for gamers. At the end are visible ventilation holes for heat dissipation.

According to network insiders, Lenovo Legion Y90 will have a 6.92-inch Samsung E-4 AMOLED screen; with a refresh rate of 144 Hz and a touch response rate of 720 Hz; a Snapdragon 8 Gen 1 platform; up to 18 GB of RAM and a flash drive of up to 512 GB. They promise the function of virtual expansion of RAM by 4 GB.

The Lenovo Legion Y90 will have retractable triggers, a linear vibration motor; a USB Type-C port and a 5500 mAh battery with 68W fast charging. You can not do it here without a cooling system, which will effectively remove heat. Rumor has it that after half an hour of playing “Honor of King” at maximum graphics settings; the case heats up to 39.2 degrees and the average frame rate is 119.8.

Next India is thinking about creating its own operating system