The device will offer a 6.67-inch AMOLED display with a refresh rate of 120 Hz and FullHD + resolution, a 16-megapixel front camera and an Android 11 operating system with MIUI 13 user interface. The Redmi Note 11E Pro will be built on an eight-core Snapdragon 695 chip; and TENAA data indicates the presence of 6/8/12 GB of RAM and 128/256/512 GB of storage memory.

A 5000 mAh battery is responsible for the autonomy of the device and will offer 67 W fast charging technology. The main camera will flaunt three sensors, where the main one is 108-megapixels; and it is assisted by an 8-megapixel wide-angle sensor and a 2-megapixel macro sensor. 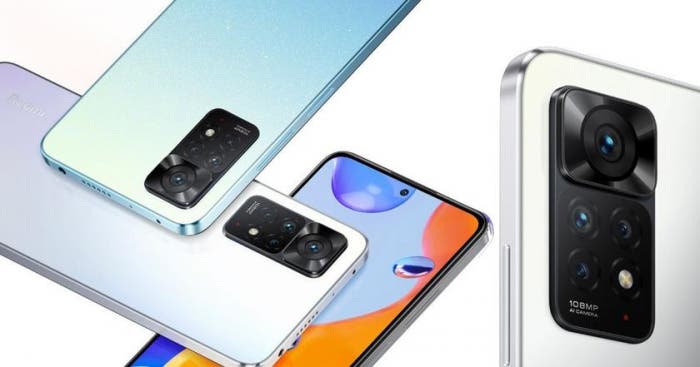 Redmi will soon release the cheapest smartphone with 2K screen

A well-known Chinese insider under the nickname Digital Chat Station claims that the new top-end Redmi smartphone will be released in the near future. It will receive a 2K resolution screen with a high refresh rate.

According to the historical positioning of Redmi smartphones; the new flagship should be the cheapest smartphone on the market with a 2K screen and a high refresh rate. It is also reported that Redmi K50 Gaming Edition will be presented this month; this smartphone will receive a FullHD + screen, and the flagship with a 2K screen will debut later.

Redmi K50 Gaming Edition will be built on the Snapdragon 8 Gen 1 SoC; it will receive a 4700 mAh battery with support for 120 W fast charging; a 64-megapixel main and 16-megapixel front camera, as well as a side fingerprint scanner.

Also, It is worth mentioning that this insider was the first to reveal the specifications of Redmi K30, K40, Xiaomi Mi 10 and Mi 11.

Previous Futurama Has Been Revived At Hulu, Bender's Return Still A Mystery

Redmi Note 11E with Dimensity 700 now on the shelves