The Americans have been waiting for this for a while. In a few days, the most-watched television event in the world will take place. What’s more interesting, it wouldn’t be about football only. Ross Video, an Ottawa company is in the spotlight. The company will play a big role in this year’s Super Bowl. According to various reports, it will bring some of the newest and best technology that has never been seen at the NFL.

This year’s Super Bowl will be played between the Los Angeles Rams and Cincinnati Bengals. In the home stadium of the former club, SoFi, the Ottawa company will use state-of-the-art video technology, which has been never used in sports stadiums.

The “founding father” of this technology is Kevin Cottam, the VP of Ross Video Sports and Live Events. He’s been working on this tech since 2017.

“It’s the first double-sided 360 screens that we’ve ever done,” says Cottam. “This facility is the most technologically advanced venue on the planet.” 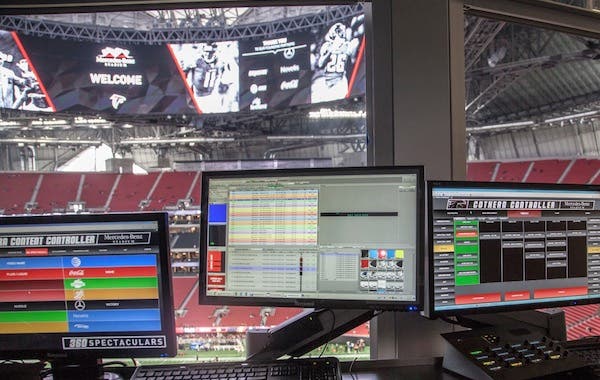 The main part of the tech is the mammoth-size 80MP screen, powered by Ottawa’s Ross Video in this new $5-billion stadium.

Also Read: How To View The Super Bowl 2022 On A Samsung Smart TV

“It’s not only the center of attention, but it’s also really the greatest stadium we’ve ever seen in SoFi stadium,” says TSN1200’s Lee Versage. “To be in charge of all of this, what a responsibility. And you are at the leading edge of technology by doing this simply because of the state-of-the-art facility. This is not a 30-year-old facility. This was just built. This is the newest, greatest thing the NFL has.”

But you don’t have to worry about the organization of the Super Bowl. This year’s Super Bowl will be Ross Video’s number six. We mean it knows how to make a show.

Anyway, the innovation and technology that Ross Video will bring are staggering. It will help fans get the best viewing experience at home and in the crowd.

“We’ve had 29 years of consecutive growth,” says Cottam. “We’ve got over 100 postings on our website today. We’re trying to recruit and we can’t get people in fast enough.”

As a reminder, the Super Bowl LVI will take place Sunday when the LA Rams take on the Cincinnati Bengals.

Next Smartphones now set for the 200MP camera era