Nubia will launch a flagship series in the near future. Among those two models, we are more interested in the Nubia Z40 Pro, which is going to be a true beast. So every time the company releases a new poster, we want it to refer to the Pro version. Today, the company’s official Weibo channel published a teaser, which shows that the handset will support wireless magnetic charging. 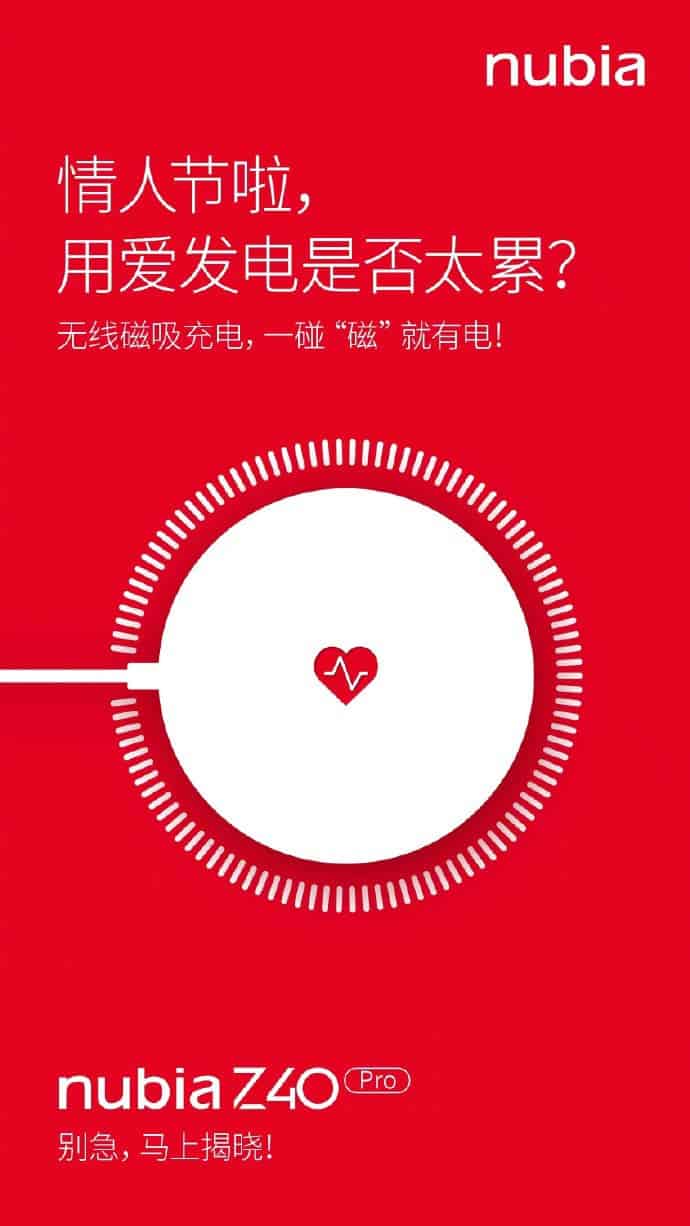 In this regard, we should recall the Realme Flash. It was a wireless magnetic charging the mobile phone that supports 50W. Unfortunately, this model has never seen the green light and gone on mass-production. So there is every reason to think that the Nubia Z40 Pro will become the first Android flagship mobile phone that supports wireless magnetic charging.

Prior to this, we heard that the Nubia Z40 Pro will sport the Snapdragon 8 Gen 1. There will also be 16GB of memory. What’s more interesting, it combines a dissipation system with new materials similar to those used for aerospace components. In fact, the manufacturer said that the phone will use a graphene plate with micro-cavities, a system that would allow it to greatly increase the dissipative capacity. As Nubia proves, during the tests, the Nubia Z40 Pro was able to run a game like Genshin Impact at just 25 ° C.

Other than that, our protagonist will be the world’s first to come with the brand new Sony IMX787 CMOS with a custom 35mm lens. The latter will also boast an f / 1.6 focal aperture, OIS, and Omni-directional autofocus. Due to such a set of parameters, it will guarantee a series of advantages, such as -35% image distortion, + 80% light absorption, and + 78% sharpness.

Recently, we have seen a sample photo taken by this camera. And we have to say that it is going to become a king in the Android camp.

The Nubia Z40 Pro along with the vanilla version will hit the market this month. But we still have no concrete launch date. We guess the phone will cost around $800.