ZTE is slowly gaining momentum and this year it is scheduled to release three top lines: Nubia Red Magic 7, ZTE Axon 40 and Nubia Z40. As part of this series, there will be at least four smartphones with Snapdragon 8 Gen 1. They will be Nubia Red Magic 7 and Nubia Red Magic 7 Pro, Nubia Z40 Pro and ZTE Axon 40. Each of the new products will receive its own distinctive features and one of them will definitely flaunt an advanced camera.

We are talking about the Nubia Z40 Pro, which will be awarded a portrait camera with a 35mm equivalent focal length. And this is not a rumor, the company itself voiced this feature of the smartphone. It claims that the sensor captures 80% more light, offers a 78% increase in sharpness and a 35% reduction in noise. And there will also be an optical stub and instant focusing, the speed of which is 70% higher than that offered by other solutions.

But insiders completed the picture, saying that the flagship will offer up to 16 GB of RAM; an OLED display with increased hertz and the Android 12 operating system.

One of the advantages of Nubia Z40 Pro will be the presence of the latest Sony IMX787 50 MP sensor and it will be the first smartphone with it. This is a large 1/1.3-inch sensor, which also has a large f/1.6 aperture. 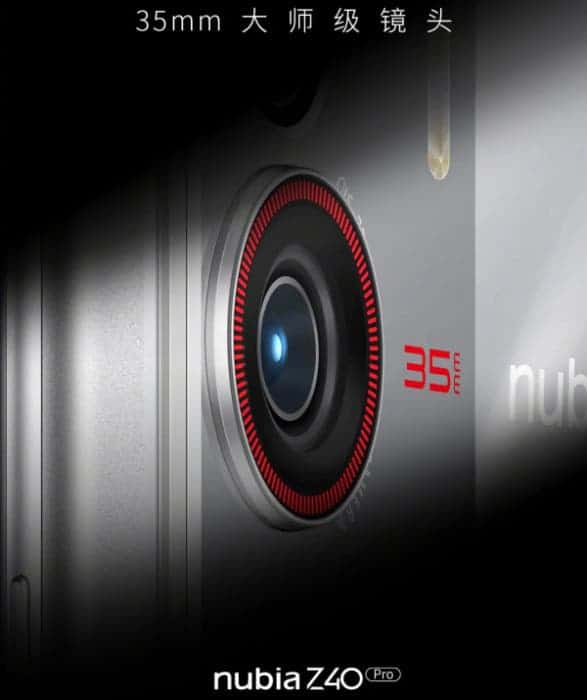 Nubia launched the Red Magic 6 and Red Magic 6 Pro smartphones in March last year. Now, the Chinese manufacturer confirmed that the presentation of the Red Magic 7 line will take place on February 17th.

Chinese regulator 3C has confirmed that the new 5G-enabled Red Magic flagship will come with a 165W charger. The Red Magic 7 has already been certified by TENAA in China; so we know that this smartphone will be based on the Qualcomm Snapdragon 8 Gen 1 SoC.

It will receive a 6.8-inch OLED screen with a high refresh rate of up to 165Hz. The fingerprint scanner will be located under the display surface. The phone will receive up to 18 GB of RAM and 1 TB of flash memory; as well as a 64-megapixel main camera.

It will come preloaded with Android 12 operating system and the latest Red Magic UI. It is also known that Red Magic 7 set a world record in AnTuTu 9; with a score of 1,101,769 points.