The segment of robots may be giving slow steps when we compare the current “existing” robots with the ones from popular science-fiction movies. Okay, that is an unfair comparison, but even though, it’s not quite accurate. The fact is that science is advancing enough to create robots that can ease our lives. We can cite simple examples like the multitude of vacuum robots. However, there are also some of the robots that are used in a car factory. Many companies are also developing AIs to simulate or even go beyond human thinking. The fact is, that the world already has a myriad of autonomous machines that can perform impressive tasks. A good example is Vine Robot – an unstoppable robot that could save your life!

Of course, there are dozens of robots that are still not ready for wide adoption. However, they already serve as a teaser for the future. Robots that can protect or even save our lives can be seriously important in the upcoming years. For example, robots could save people from imminent natural disasters, or even for performing emergency medical procedures when skilled specialists are not available. Alternatively, they call the emergency when necessary. They can also try to protect under extreme circumstances such as earthquakes, avalanches, or landslides. Below you can see a video that shows and details a robot that can actually save your life.

The robot is called “Vine” and it basically grows up like a vine. Its build uses a material that expands. The mechanism will enroll and unroll the robot by need through compressed air and internal rollers. Depending on the surface above, the Vine can also adapt itself. For example, when placed below a table it can draw the area and grow below it. As a result, Vine can even lift heavy boxes. The product has a strong force, and even though, it still feels soft and can’t hurt anyone.

Vine fits for rescue operations, to explore ruins and more

In the future, one can use the robot for rescue operations. It can go down in holes and places that can be accessed by common people. You can attach a camera to it to see the underground. In the same way, it can be used to rescue people after an Avalanche or disaster. The product also boasts a couple of sensors. It can detect obstacles and even avoid sharp ones to not be damaged. 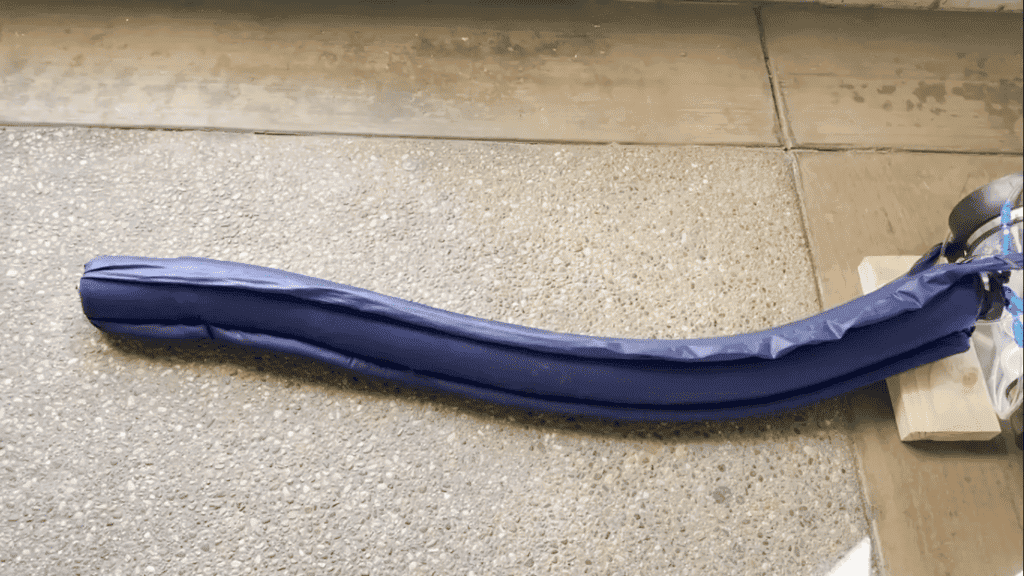 There are many possible applications for this promising technology. Worth noting that there are other interesting robots like the ones in Thailand that measure patients’ temperature. Interestingly, more and more companies are starting to invest in the segment. Xiaomi, for instance, wants to become a leader in this segment.