Recently, American president Joe Biden issued a warning that there is a ‘high risk’ of Russia invading Ukraine in ‘several days’. “My sense is this will happen in the next several days,” he told ABC News Chief White House Correspondent Cecilia Vega as he left the White House for a trip to Ohio. The U.S. government is not taking any chances with the communication of the president. 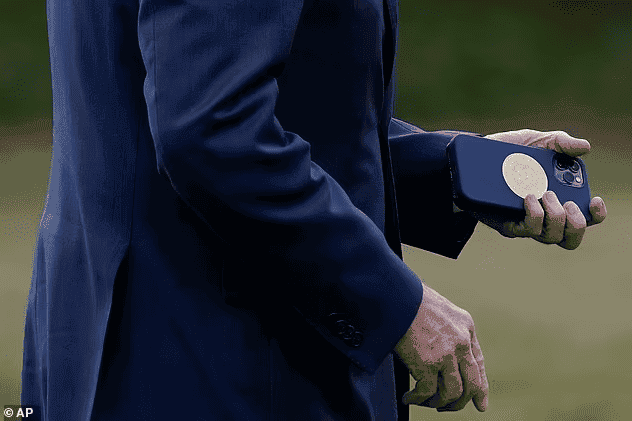 So following the trip to Ohio, President Biden was spotted with an iPhone that has a special golden presidential seal on the rear. While there is no information on who was on the other side of the call, important calls with world leaders usually take place on a secure line. The seal on the rear of the iPhone reads ‘Seal of the President of the United States of America’ and could be just for appearance purposes, but it could also mean that the specific device has the necessary security standards to be used by POTUS. 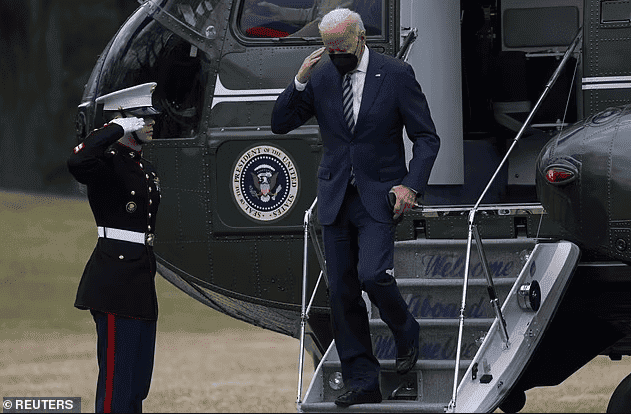 Recall that there were reports that Doug Emhoff, VP Harris’s husband can not text his wife for security reasons. The pair now have to correspond via their aids. This is how seriously the government is taking the possibility of communication invasion.

The White House does not trust Russia that it is withdrawing troops from the Ukrainian border. The North Atlantic Treaty Organization allies and the White House insisted that the threat is still imminent.

The president had two smartphones in his left hand as he stepped off the Marine One. He saluted the Marine outside the chopper with his right hand before taking the call on the special iPhone. We do know however that iOS software is proprietary, so we can only speculate on how this phone works offering top-notch security features to the POTUS. Has Apple installed special high-security software or does the US Government use its own VPN? Their own secure applications perhaps? Only they would be able to reply to this… 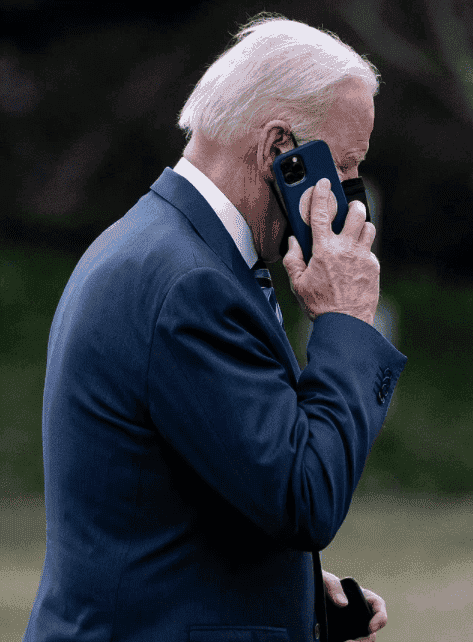 President Biden insists that war between Russia and Ukraine is imminent

Due to the deteriorating situation in Eastern Europe, the president had to make the trip as the U.S. braces for war along the Ukrainian border with Russia. Landing at the Shipyards in Lorain, Ohio, Biden met cheers and applauds. He said ‘Places like Lorain have a lot of proud yesterdays, now they’re going to have some bright tomorrows – because of all of you,’. Of course, you may have heard this quote before, it’s from Toni Morrison, who was born in Lorain.

Leaving Washington, Biden warns about Russia invading Ukraine. He claims that the chances are ‘very high’ and affirmed it could happen ‘within the next several days’. He said ‘We have reason to believe they are engaging in a false flag operation. Every indication we have is they’re preparing to attack Ukraine’.

Biden claims that his short stay (about 20 minutes) in Ohio is due to weather. He also said that ‘there’s a little thing going on in Europe right now,’ jokingly.

Back to the “special iPhone” which is the reason for this article, it is most likely a secure line. The shield on the rear probably covers special modifications to block any hacking attempts. However, we can not say so much about the security of this iPhone.

Next Alibaba and other companies addition to U.S. "notorious market list" angers China

Malaysia Will Not Reject Russia’s Requests To Supply Semiconductors