The iPad Air 5 sporting the Apple M1 chip and the new iPhone SE 3 5G are already out. To boost sales of its new products, the Cupertino-based company has begun releasing various promo videos and launching different marketing campaigns. Yesterday, Apple posted a new video on its YouTube channel, which showcases the key advantages of the new iPad. As it promotes, the new iPad is not an ordinary computer.

As you can see, the video, titled “Election”, shows a group of students using the iPad Air 5 to promote high school elections. The iPad Air 5’s camera, Apple Pencil support, 5G connectivity, messaging, keyboard compatibility, and other features are all introduced in the video. At the end of the video, we can read “your next computer is not a computer.” In fact, Apple has been using this phrase for various iPads in the past, including the iPad Pro.

The current iPad Air 5 is similar to the iPad Pro as both tablets use the same M1 chip and portrait-centered camera setup. But apart from this, the new iPad Air 5 has many other highlights that make it stand out in the market.

Externally it looks identical to the previous generation. But inside, there are many surprises. Many might think the company has only added 5G connectivity and improved USB-C transfer speed. But it’s not so. For instance, the Apple M1 chipset is in the company’s high-end iPad Pro range. Of course, the addition of such a powerful processor affects the price. If you remember, in 2020, when Apple introduced the iPad Air, its price started at £479/$499. Thus, the tablet was offered for £100/$100 more than its predecessor. As for the new model, the starting price of the iPad Air 5 (64GB, Wi-Fi) is £569/$599, while the lowest model with both Wi-Fi and Cellular support is £719/$749.

However, the rest of the features of the new iPad Air 5 remain almost unchanged. Say, it sports the same 10.9-inch Liquid Retina display. The power button still integrates Touch ID. On the front, the camera uses a 12MP ultra-wide CMOS like other iPad models. 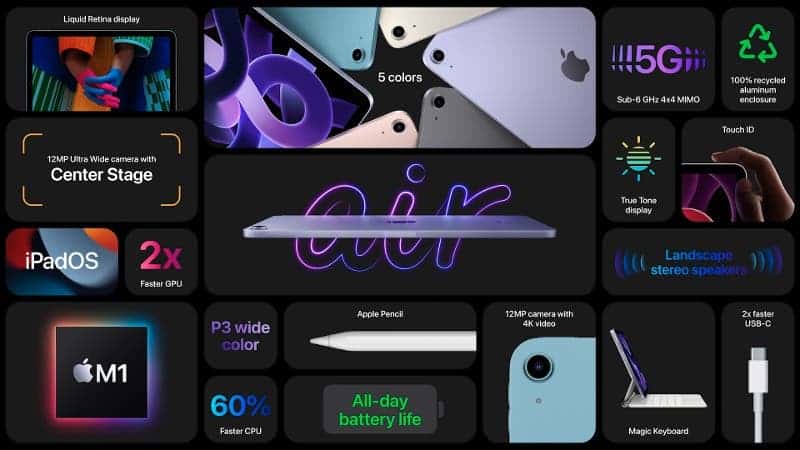 Anyway, this is not the same iPad Air that we saw last year. And when saying this, we mean not only the chip but also the color options. Apart from the same Space Grey, Starlight, Pink and Purple variants, the new iPad Air 5 will also be available in a new shade of Blue. 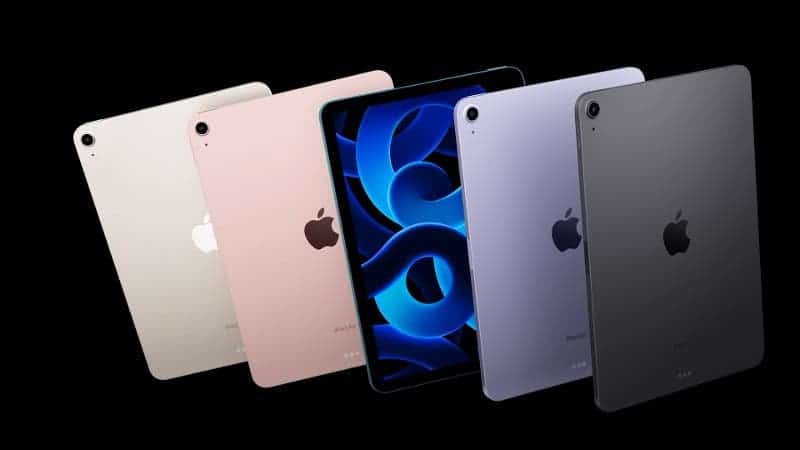 Apple M1: the chip suffers from a security flaw that cannot be corrected

Apple iPad Air Is Finally Up For Grabs In Malaysia, Price & Where To Buy