Xiaomi is definitively not done with the Redmi 10 series of smartphones. After launching a Redmi 10 2022 which is exactly the same device released last year, the company unveiled the Redmi 10C. The device, curiously, was launched in India as a rebadged Redmi 10. This one, in counterpart to the 2022 edition, has a distinct design and its own set of specifications including the Qualcomm Snapdragon 680 SoC.  Now, the device has been unveiled in Malaysia as Redmi 10C. Without further ado, let’s see what this handset has in tow.

If you’ve been following the Redmi 10 launch in India, the specs of the Redmi 10C shouldn’t be a mystery. The smartphone flaunts a 6.71-inch IPS LCD with an HD+ resolution of 1,600 x 720 pixels. Furthermore, there is a waterdrop notch at the top of the display for the selfie snapper. The Redmi handset packs a 5 MP snapper inside the notch. One of this phone’s downsides is that the panel refreshes at a low 60 Hz rate.

Moving around to the back, the phone has a dual-camera setup. It comprises a 50 MP main camera sensor and a 2 MP depth snapper. The LED flash is located inside the camera module. The rear also serves as a home for the fingerprint scanner. Worth noting that it also supports AI Face Unlock through the selfie camera. The phone boasts a plastic build to save some costs, and there is a textured finish in Realme’s style. Even the main camera has a distinct design with the camera module and the fingerprint scanner sitting on the same black island. It resembles Realme Narzo 50 series.

Under the hood, the Redmi 10C packs the Qualcomm Snapdragon 680 SoC. The processor is paired with 4 GB of RAM and has up to 128 GB of Internal Storage. Users can further expand the storage via a micro SD card. The phone retains the 3.5 mm headphone jack. To those unaware, this chipset is basically a revamped Snapdragon 665 with a 6 nm manufacturing process. Hence, it’s much more power-efficient than its predecessor. The GPU is a regular Adreno 619 that can handle modern games but don’t expect the highest settings or most stable frame rates. 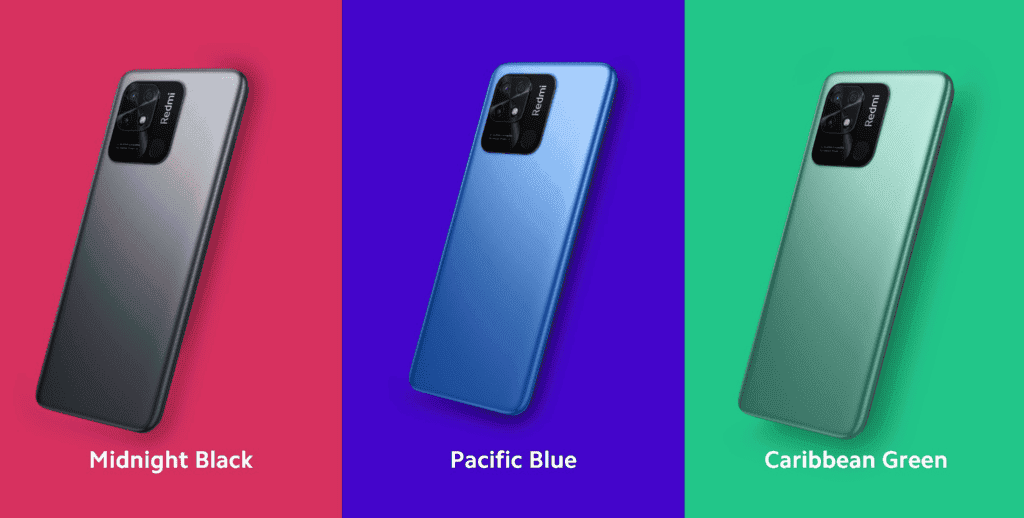 The Redmi 10C is available in Malaysia. There, the single variant with 4 GB of RAM and 64 GB of Internal Storage costs INR 10,999. The handset comes in Graphite Gray, Mint Green, and Ocean Blue colorways.

The company will also unveil the Redmi 10 Power very soon. The company is also preparing a Redmo 10 Prime 5G.