At its first presentation in 2022, which took place on March 8, Apple introduced the iPhone SE 2022. The smartphone has not received any external differences from its predecessor, the company continues to exploit the old design. It was expected that the battery remained the same; because there was no need to talk about increasing the internal space. But in the iPhone SE 2022, the company managed to surprise.

PBKreviews enthusiasts got their hands on a brand new iPhone SE 2022 and managed to disassemble it to see how everything works inside. They managed to get to the battery and found that the capacity of the power supply is 2018 mAh. And this is almost 10% more than what the iPhone SE 2020 offers. Recall that the predecessor got a 1821 mAh battery, the same one that was in the iPhone 8. In theory, the slightly increased battery capacity should give an additional 2 hours of operation on a single charge. 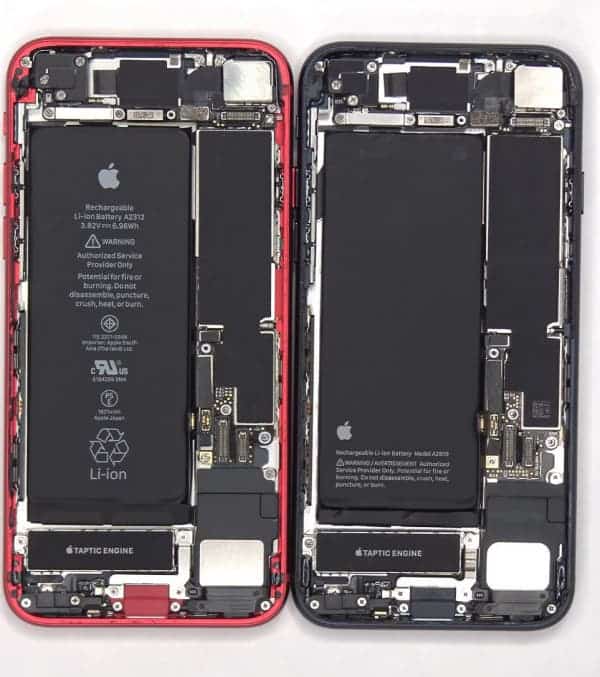 The new iPhone SE turned out to be not so simple in terms of repair: if the display is still relatively easy to replace, then you will have to tinker with the battery – although it is equipped with pull tabs that should make it easier to replace, in fact, you can’t do without pouring alcohol-containing liquid.

Things are even worse with the replacement of other components – Apple stuffed the new iPhone SE with an incredible amount of screws, and there are also enough small elements.

Apple recently released a fairly large software update for its smartphones – iOS 15.4. However, it turned out to be not without problems. Multiple complaints have appeared on the network from users who have installed this update on their iPhones.

Most of the complaints boil down to one thing – too fast discharge of batteries in smartphones. A smartphone battery can lose 5% of its charge in less than 10 minutes.

Also, users complain about the strange behavior of the indicator after installing iOS 15.4 – the indicator freezes at a charge level of 95% or 97%, then, after disconnecting from charging or rebooting, it starts showing 100%, after which the smartphone quickly discharges.