Samsung has already introduced its 2022 flagships, the Galaxy S22, S22 Plus, and S22 Ultra. Similarly, the company introduced the Galaxy A53, A74, and M-series smartphones officially kicking off the 2022 season of mid-range contenders. Now, the company is also preparing a new smartphone that isn’t known for stealing the headlines. We’re talking about the Galaxy Xcover Pro 2. The device comes to succeed the company’s rugged smartphone the Galaxy Xcover Pro. Those who want a good rugged smartphone from a mainstream brand will be served with the new handset. Today, the device had its ruggedized design confirmed through a set of new renders.

The Galaxy Xcover Pro 2 already passed through some certifications. It hints at an imminent release for the handset, now the leaked renders come to bring more heat over this device. Today, we get a glimpse of the smartphone’s design through newly leaked renders. The source of the renders also claims that the phone has a 6.56-inch screen with an Infinity-V design at the front. Samsung is calling it a waterdrop notch. There is also a side-mounted fingerprint scanner and a 3.5 mm headphone jack. 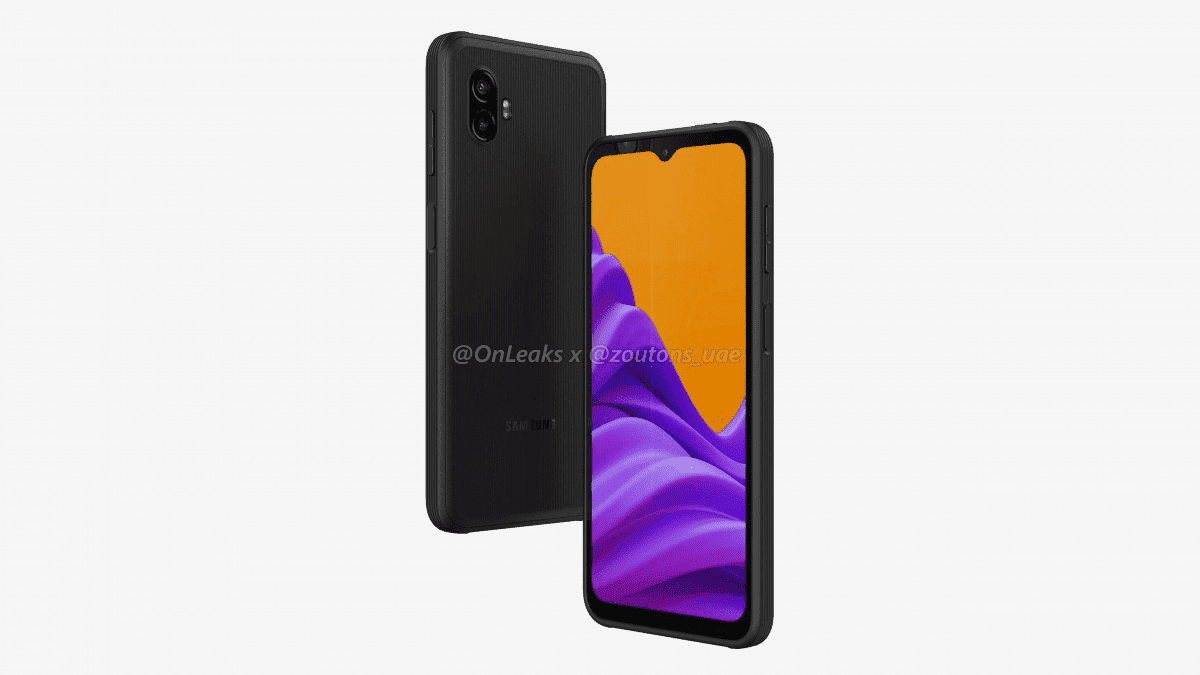 The Samsung Galaxy Xcover Pro 2 dimensions are 169.5 x 81.1 x 10.1 mm. Worth noting that this device is quite important for the lineup. After all, it will be the first Galaxy Xcover with 5G connectivity in the series. Therefore, we can expect a good 5G chipset to keep its performance. Thanks to a leaked benchmark run, we already know that the device has the Qualcomm Snapdragon 778G processor. However, today’s leak comes to bring some confusion. As per the source of these renders, the phone will pack the Exynos 1280. This is the same processor inside of the recently released Galaxy A53 5G. So we expect similar performance. 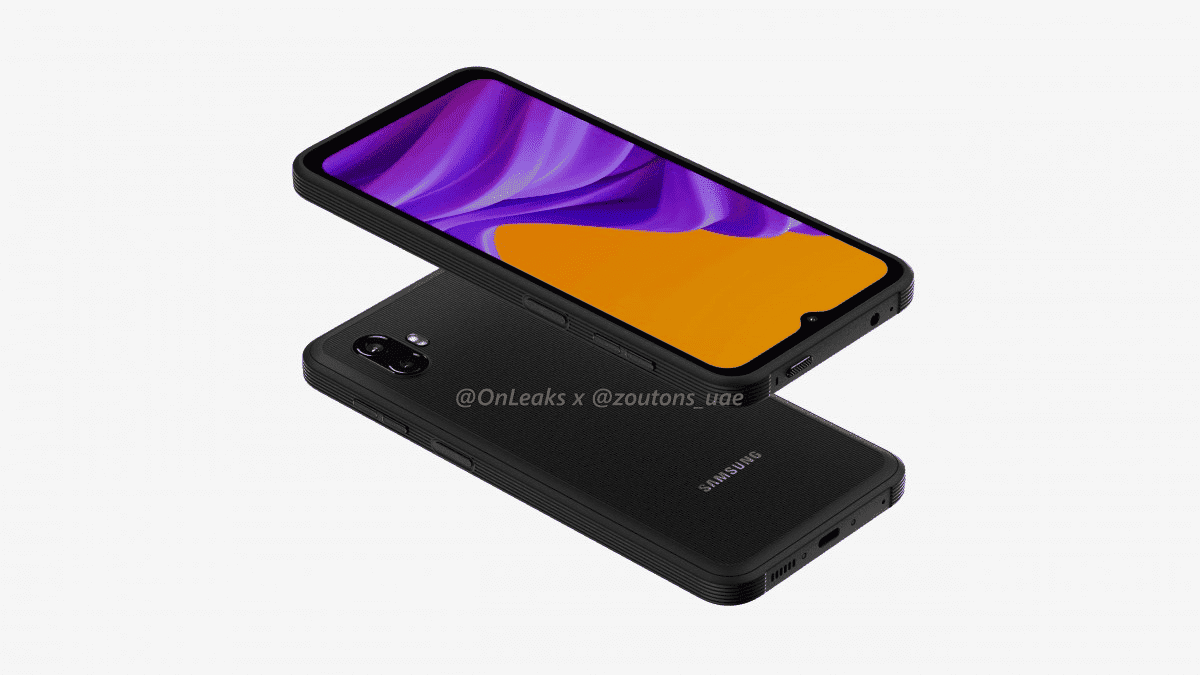 The device will bring a removable battery and One UI 4.0

Worth noting, that the Galaxy Xcover Pro 2 will also bring a removable battery. That’s an unusual feature nowadays, but it’s really important for a good rugged smartphone. After all, the device focuses on workers and also on people living or dealing with extreme environments. So instead of needing to charge, you can simply swap the batteries and get the device fully working again. The last bit on the Galaxy Xcover Pro 2 will come with Android 12 straight out of the box with One UI 4.0.

Samsung will likely bring this device through a quiet launch. Given the number of leaks, this may happen anytime in the next few days.