Google will be bringing its annual I/O developer conference this May. As usual, the company will use the conference to disclose its new Android version – Android 13 this time – for smartphones. The company will also unleash new software for other devices in its ecosystem. Furthermore, we expect the company to launch new products, as this has been becoming a recurring practice in recent years. One of these products is the Google Pixel 6a. Google will be bringing the usual cheaper variant of its Pixel lineup – Pixel 6a – which this year will almost be a philosophical competitor for the iPhone SE 2022. Today, the retail box has leaked confirmed some tidbits about the device.

The Google Pixel 6a will cut some corners to justify its more affordable price. However, we expect the phone to keep the Tensor chipset that came with the Pixel 6 series. In addition to that, the affordable device will also bring the very same design language established with the Pixel 6 series. That may be a matter of opinion or taste, but the design of the Pixel 6 series is one of the things that make these devices stand in a market full of smartphones that are so similar. Pixel introduced an interesting design that fits perfectly with its new Material You design. The Pixel 6a will adopt this design language. 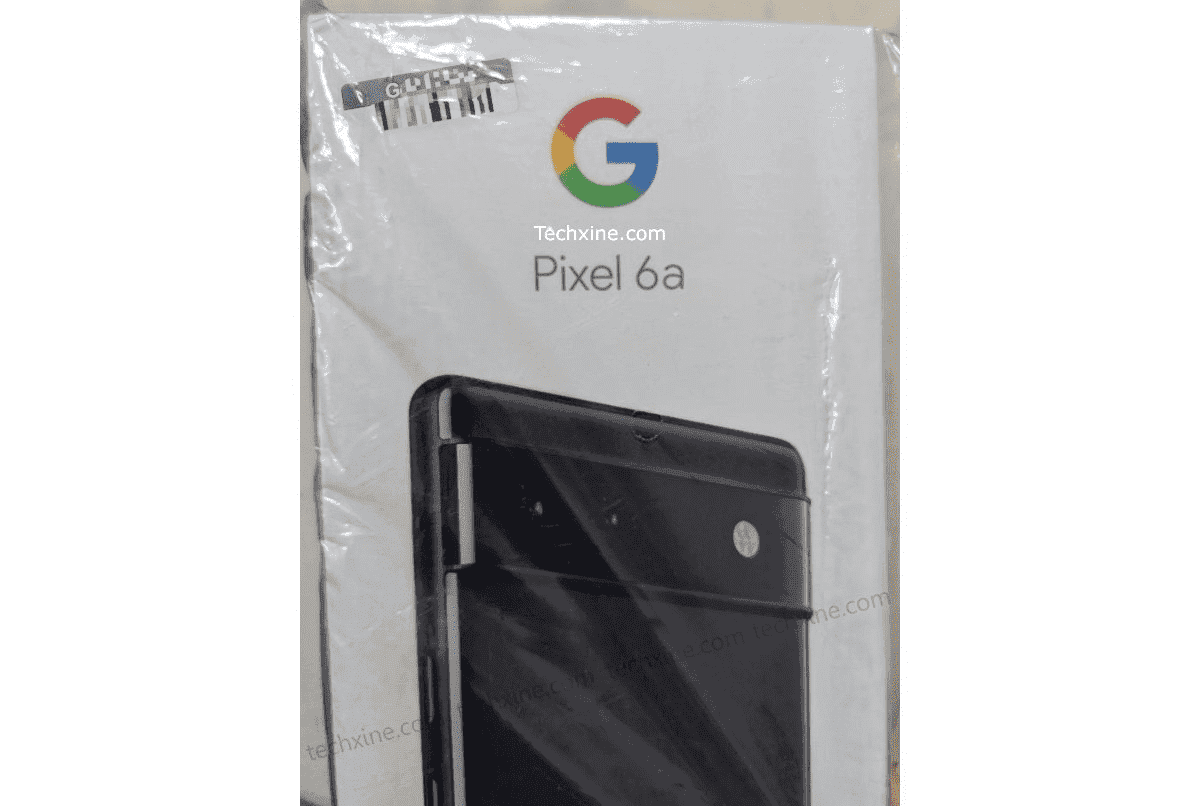 The Pixel 6a will bring the unique horizontal camera “visor” at the back. However, the camera setup will be simpler with a 12 MP main camera and an ultrawide module. However, the big secret of Google relies on the Google Camera and its advanced algorithms. We still expect the camera on the Pixel 6a to do wonders due to this software. The phone will also bring the LED flash but will lack the laser autofocus and the microphone hole in the visor. Not a big surprise, as this device comes for the budget segment. Or at least, “budget” from Google’s perspective. It won’t be cheap like the majority of mid-range smartphones, but will still be the cheaper entry into the Google Pixel ecosystem. Just like the iPhone SE 2022 is for Apple and iOS.

Worth noting that you should digest this with a pinch or two of salt. After all, the design hasn’t been confirmed by Google yet. But hopefully, we’re seeing the actual product, as there is no big reason for the company to stick again with the Pixel 4a design.

The leaks suggest a 6.2-inch OLED which is “compact” for current standards. There will be two 12 MP cameras, and a 5,000 mAh battery. The phone will lose its 3.5 mm headphone jack.