WhatsApp is reportedly testing a limit on the number of people a message can be forwarded to. Currently, there is no limit but the latest version of the WhatsApp beta adds one for the first time.

While misinformation is a hot topic right now, especially because of all the fake news circulating about COVID-19 or the war in Ukraine, WhatsApp has just released a new update that could help limit this problem. Previously, the Meta-owned messaging app had already taken steps to limit message forwarding, but they were only enforced in Brazil.

Now, starting with WhatsApp for Android Beta 2.22.7.2, WhatsApp users around the world should have a much harder time sharing messages that have already been shared before.

As revealed by WABetaInfo, when a message is already marked as forwarded, it is no longer possible to forward it to more than one group at a time. If users attempt to bypass this restriction, the app displays a message stating “Forwarded messages can only be sent to one group chat”.

Thanks to this new measure, people broadcasting information to several groups will now be forced to select the conversations one by one. WhatsApp thus hopes to discourage the authors of fake news by making it more difficult for them. It’s good to see Meta taking action against misinformation, after a bug in Facebook allowed articles with dangerous content to be highlighted in its news tab.

Fake news is such a scourge in some countries. For now, this new limitation is only available in the app’s beta; so we don’t know when it will roll out to all users. 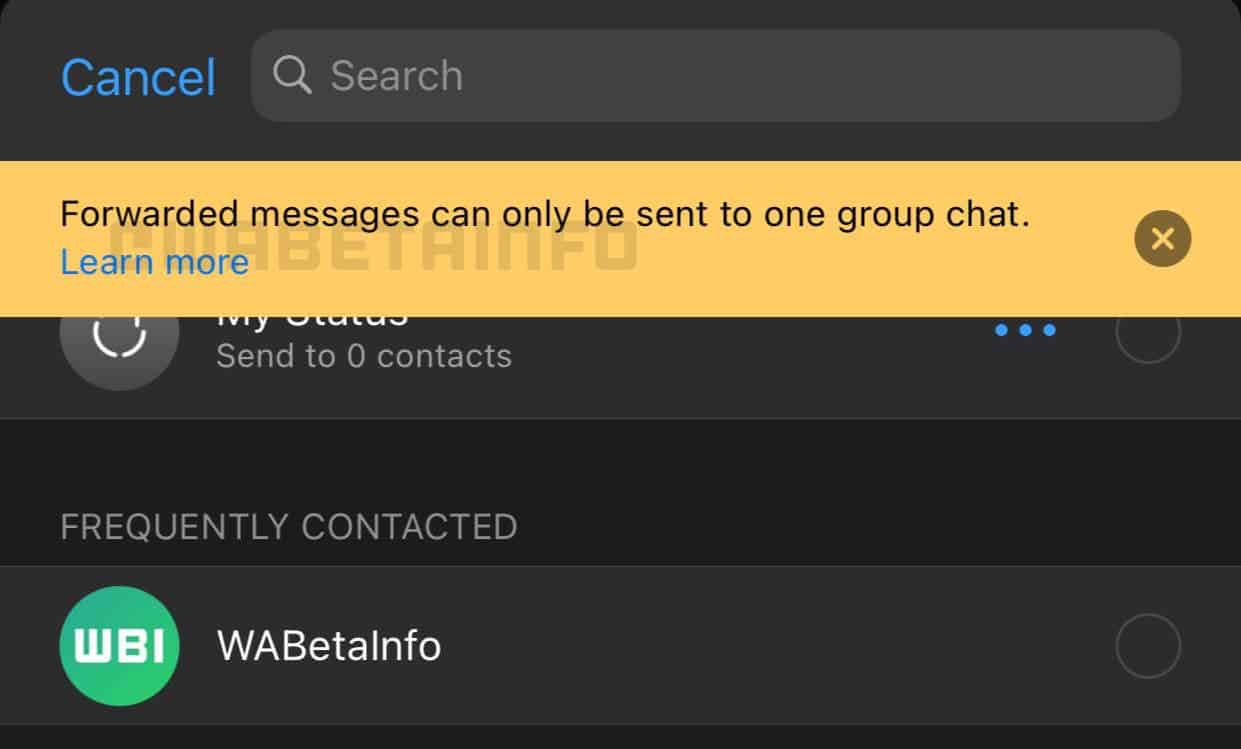 The WhatsApp team has announced the launch of new features that should appeal to users who often send voice messages.

Previously, these innovations were tested in beta versions of WhatsApp; and now they are becoming available in stable versions of the messenger. As the developers promise, new features will gradually spread over the coming weeks.

In total, there are six innovations for voice messages in WhatsApp: