Today, OnePlus Technology @刘峰shuo used the new OnePlus Ace to repost a Weibo message. As of now, there is no OnePlus smartphone with the name “OnePlus Ace”. However, the now-deleted Weibo post reveals that the company will soon release a OnePlus Ace. This is the first official leak of this smartphone that confirms its existence. Previously, popular Weibo tech blogger, @DCS claims that the OnePlus Ace will support 150W super flash charging. If this happens, this will be the fastest charging mobile phone in OnePlus history. 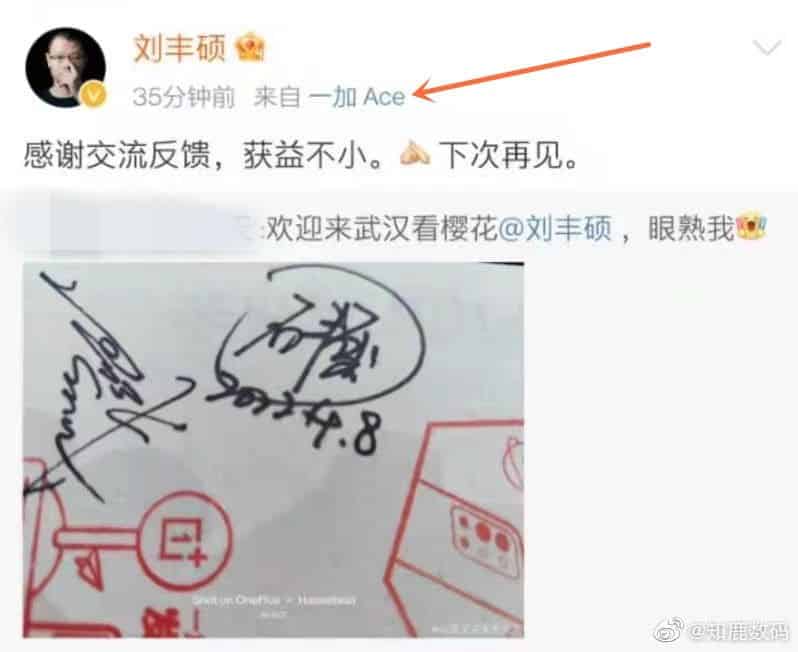 It is worth noting that the 150W super flash charge on the OnePlus Ace is a “longevity version”. The battery life is double relative to the industry standard. This not only makes it charge faster but also lasts longer. Specifically, the current industry battery life standard is that the capacity is greater than 80% after 800 cycles. OnePlus 150W Longevity version has a cycle life of 1,600 cycles. This is twice as much as the industry standard and it maintains high quality after long usage. 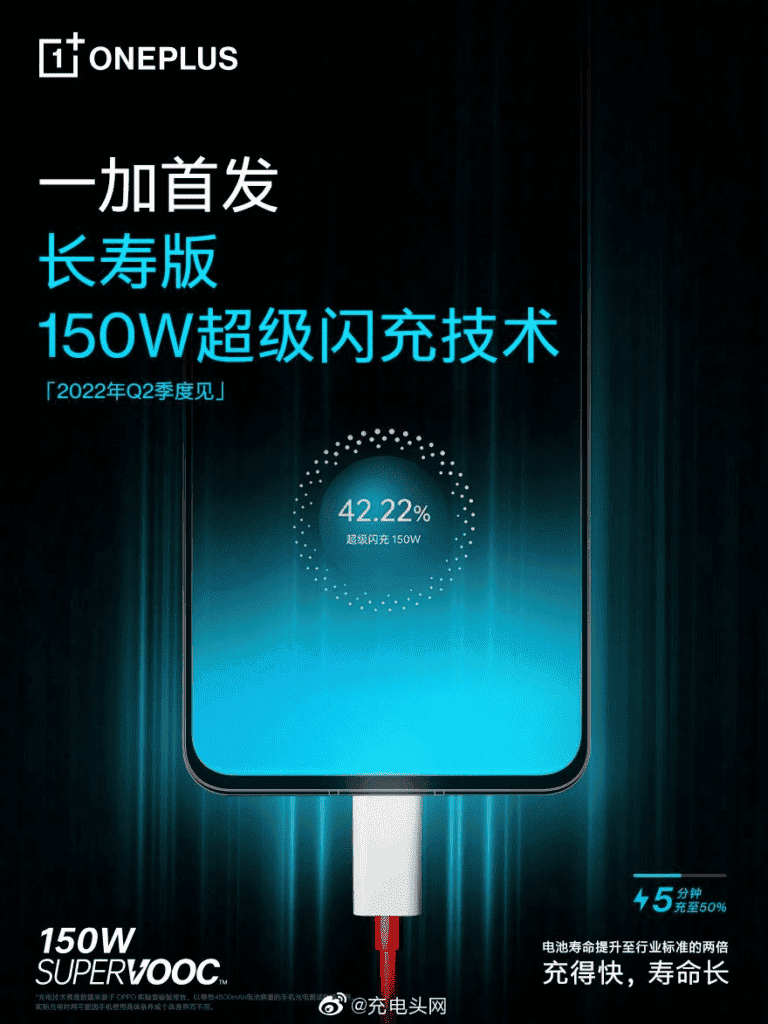 Recently, a new OnePlus phone with model number PGKM10 has obtained a network access license. This phone is the upcoming OnePlus Ace.  As we already know, this device will come with 150W flash charging and this charging speed is one of its selling points. However, the battery life is also a selling point. In addition, OnePlus Ace adopts an OLED punch-hole screen solution. In addition to the display and the Dimensity 8100, this device will also come with a 50MP main camera. The camera sensor is the Sony IMX766 sensor which may support optical image stabilization.

Recall that the “Ace” series used to be with the Oppo brand. However, the company is now moving this series to OnePlus.  Judging from the current information, in addition to the flagship processor, this phone will also have 12GB LPDDR5 memory and UFS 3.1 flash memory. Specifically, the display will be a 6.7-inch 1080P OLED flexible straight screen produced by BOE. According to recent reports, BOE’s supply of OLED displays this year will soar by 70%, a record high for the company.

Previous Samsung is fast! One UI 5.0 based on Android 13 is already on the way