Chinese manufacturer, OnePlus will officially release its latest smartphone, OnePlus Ace, on April 21st. This device will be the first smartphone to use the MediaTek Dimensity 8100-MAX chip. This processor is not only top-notch, but it also comes with exclusive in-depth customization. The game frame rate, AI calculation, and night-time video are also exclusively customized and fully optimized. A few hours ago, OnePlus announced the heat dissipation specifications of the OnePlus Ace. 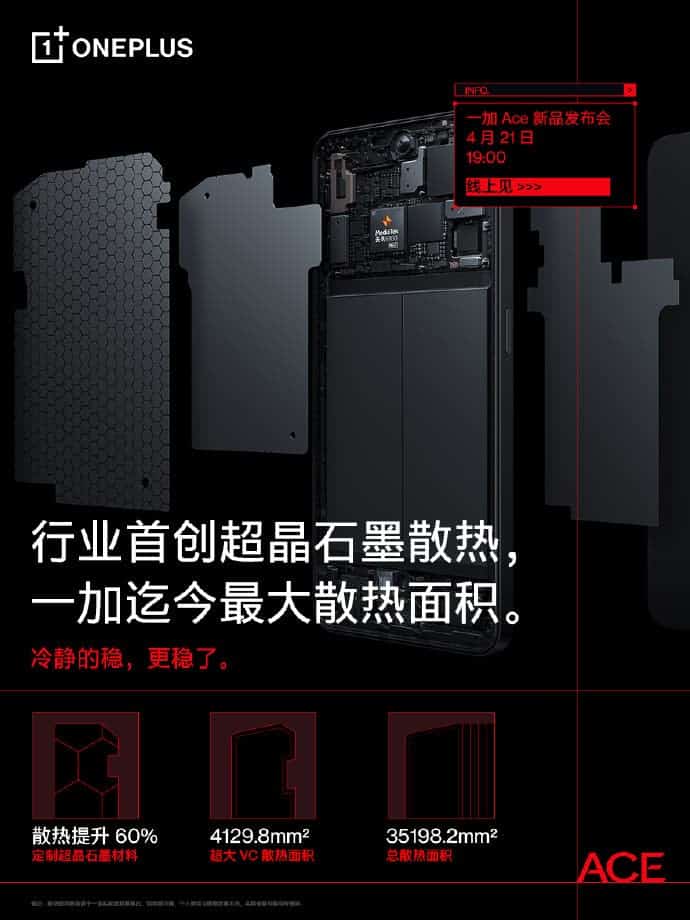 OnePlus Ace comes in two colour options and it uses a central punch-hole design. This device also comes with an “electro-optic waterfall” design on the back which enables it to achieve a thickness of 8.22mm. Furthermore, this smartphone weighs only 186g despite its decent battery capacity. This is one of the numerous selling points of this smartphone – thinness and lightweight.

In addition to the Dimensity 8100-MAX, this smartphone will also come with a super-fast charging capacity. According to popular Weibo tech blogger, @DCS, OnePlus Ace will support 150W super flash charging. This will make it the fastest charging mobile phone in OnePlus history. For those in China, this smartphone is already available for pre-order on JD.com.

Recently, a new OnePlus smartphone with model number PGKM10 appeared on GeekBench. This device comes with the Dimensity 8100 processor and it is most likely the upcoming OnePlus Ace. On GeekBench’s database, this device scores 961 points on the single-core score test and 3795 points on its multi-core test. The listing shows that this device comes with 12GB of RAM and runs on the Android 12 operating system. 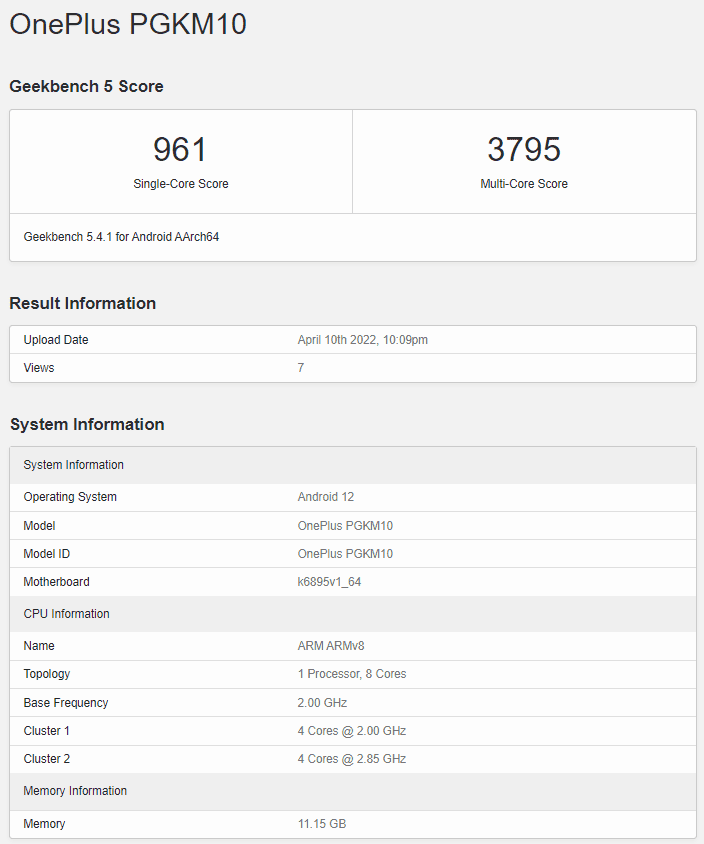 Judging from OnePlus’ official announcement, this “PGKM10” will also be OnePlus’ first mobile phone with the Dimensity 8100 processor. Recently, there was an accidental leak of this smartphone by a OnePlus executive. In other respects, the OnePlus Ace has 12GB LPDDR5 memory and UFS 3.1 flash memory. This flagship smartphone will come with a 6.7-inch 1080P OLED flexible straight screen produced by BOE. Furthermore, this display will have a centre punch hole for its camera. In the camera department, this device comes with a 16MP front camera. In addition, this device comes with a 50MP IMX766 main camera as well as two 8MP and 2MP lenses.