In his election campaign, Ukraine’s president Zelenskyy promised to root out bureaucracy and digitize key parts of the government. Back in February 2020, his government launched a new mobile app Diia aiming at being a central hub for citizens’ interactions with the government. Before the war in Ukraine, it has been serving other purposes. It was allowing anyone to access their identity cards, pay their taxes, and receive public services.

Citizens Can Help The Government

However, after the Russian invasion, the government has decided to add some new features to the app Diia that ought to help them discover Russian troops. Particularly, the new feature called E-Enemy allows any Ukrainian citizen to let the army know when they spot Russian troops and infantry. “Anyone can help our army locate Russian troops. Use our chatbot to inform the Armed Forces,” said the Ministry of Digital Transformation.

Since the very beginning of the war in Ukraine, there were tons of footage of the invasion leaked through various social media and Telegram. Of course, Ukrainian security forces have gathered information. But they also were using these channels to collect information and find where the Russian troops were.

The Ukrainian internal affairs ministry even developed a preliminary version of the chatbot. The latter was allowing their citizens to provide information on Russian troop movements. Ukraine even announced that due to the chatbot, they could find and destroy the Russian troops near Kyiv. However, as Slava Banik, director of E-services development at the Ministry of Digital transformation said it had been taking too long to verify information shared via the previous version. That allowed the enemy troops to move.

In terms of authentication, the app Diia requires users to log in and authenticate themselves via the e-passport system. “We know for sure it’s a real person sending the info and not a Russian bot,” Banik told.

How the app Diia works?

Once users log in to E-Enemy via Diia, they will be taken to a Telegram chatbot. The latter will ask a few questions in order to understand whether the users “are the primary source for the intelligence, alongside basic information about the types of troops, whether they were moving on foot or in vehicles, the number of troops, and the time of contact.” The app went live last month. And since its release, over 260,000 people used it. 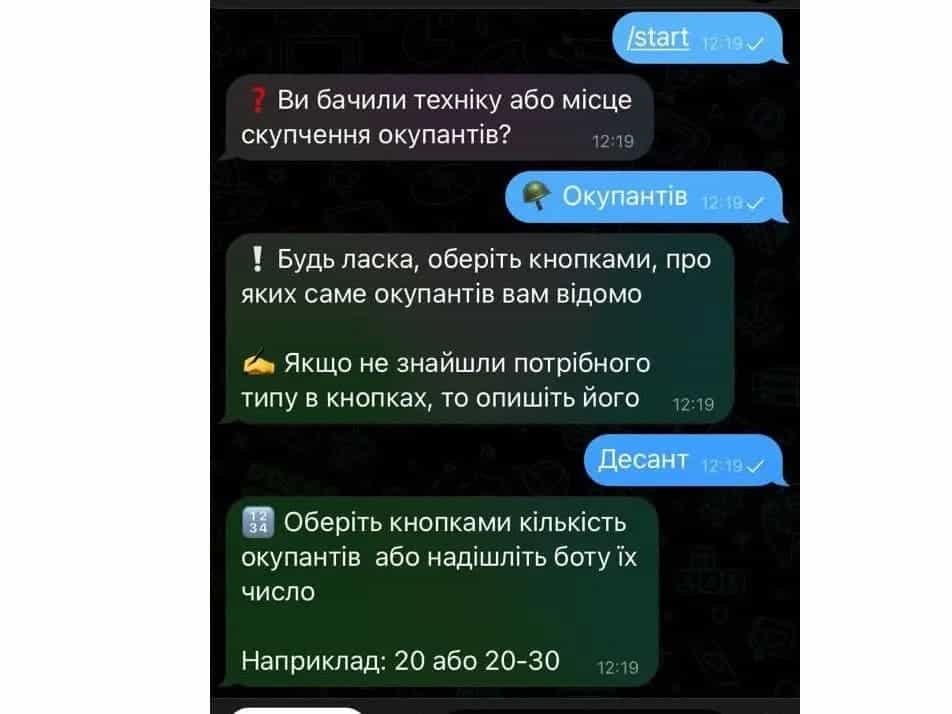 The mentioned feature would ask users whether they’ve seen Russian troops. If yes, users have to clarify the type, the number of troops, and where they saw them.