After several months of testing, YouTube has just rolled out its feature that provides quick access to the best of a video. This takes the form of a graph below the player that measures which parts users have backtracked the most on. The streaming platform is also planning other new features for subscribers to the Premium offer.

It is not uncommon for users to watch the same video several times on YouTube. However, in recent years, the platform has focused on longer content. Also, those who used to review a video entirely now prefer to focus on specific parts. It is therefore relatively easy for the streaming service to determine, from this data, which sequences of the video users like.

Also, last October, YouTube announced that it would soon be possible to directly access the best parts of a video, with the help of a graph that calculates the sequences most viewed by viewers. It finally took several months to see the feature land in the final version, but it’s now done. In a blog post, Google presents the new update which adds several new features. 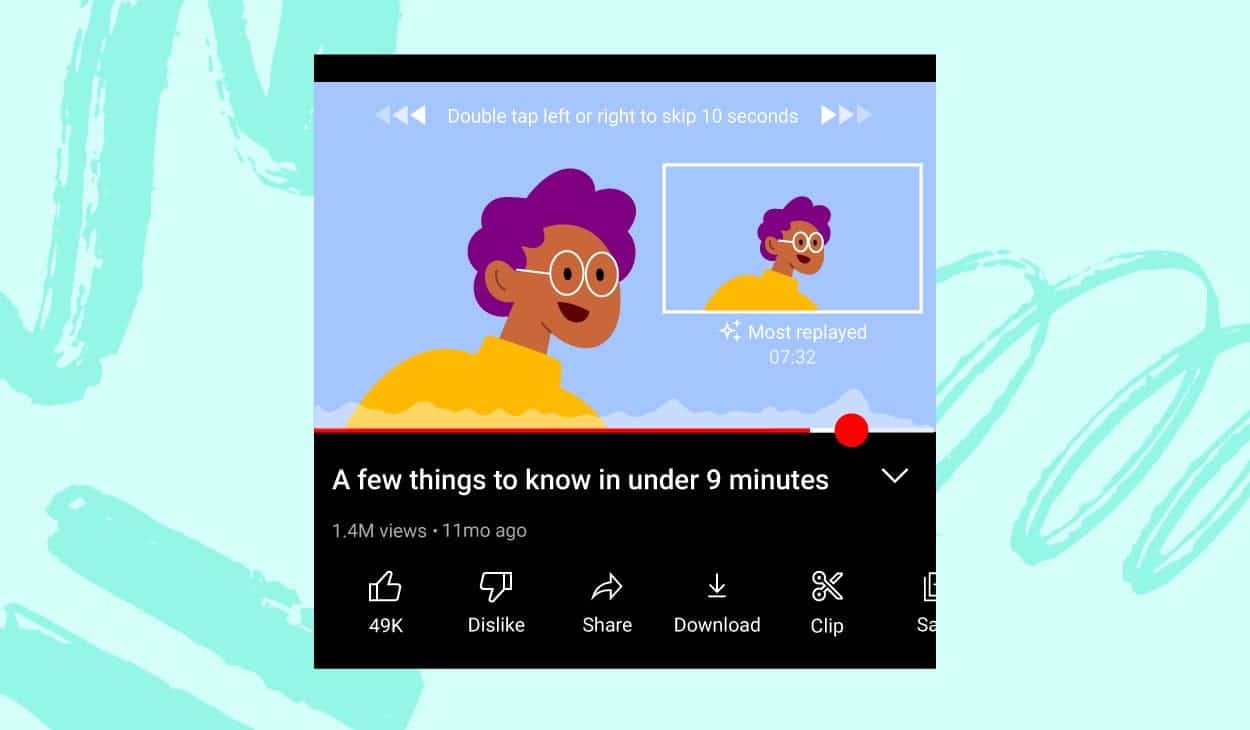 Easily watch the most replayed parts of a video: while seeking; you’ll see a graph showing you the most frequently replayed parts of the video. If the graph is high, then that part of the video has been replayed often. You can use the graph to quickly find and watch those moments. Note: you may have tested this as part of an experiment; and now we’re excited to bring the feature to viewers on desktop and mobile today!

The graph is thus available alongside the playback bar. The higher the data, the more the user saw the sequence. In this way, it is easy to pass without waiting for these parts, without worrying about the remainder if one does not have enough time. This feature is available today on the web and mobile versions of the application.

Google also has other novelties in its pocket. The Mountain View firm, for example, unveiled a new, more visual player, taking up what is currently done with the corresponding image appearing where you place the cursor, but this time over the entire video. The latter will only be available to YouTube Premium subscribers.

Finally, the chapters will soon be available on smart TVs and home consoles, while an infinite replay feature is also in the cards.