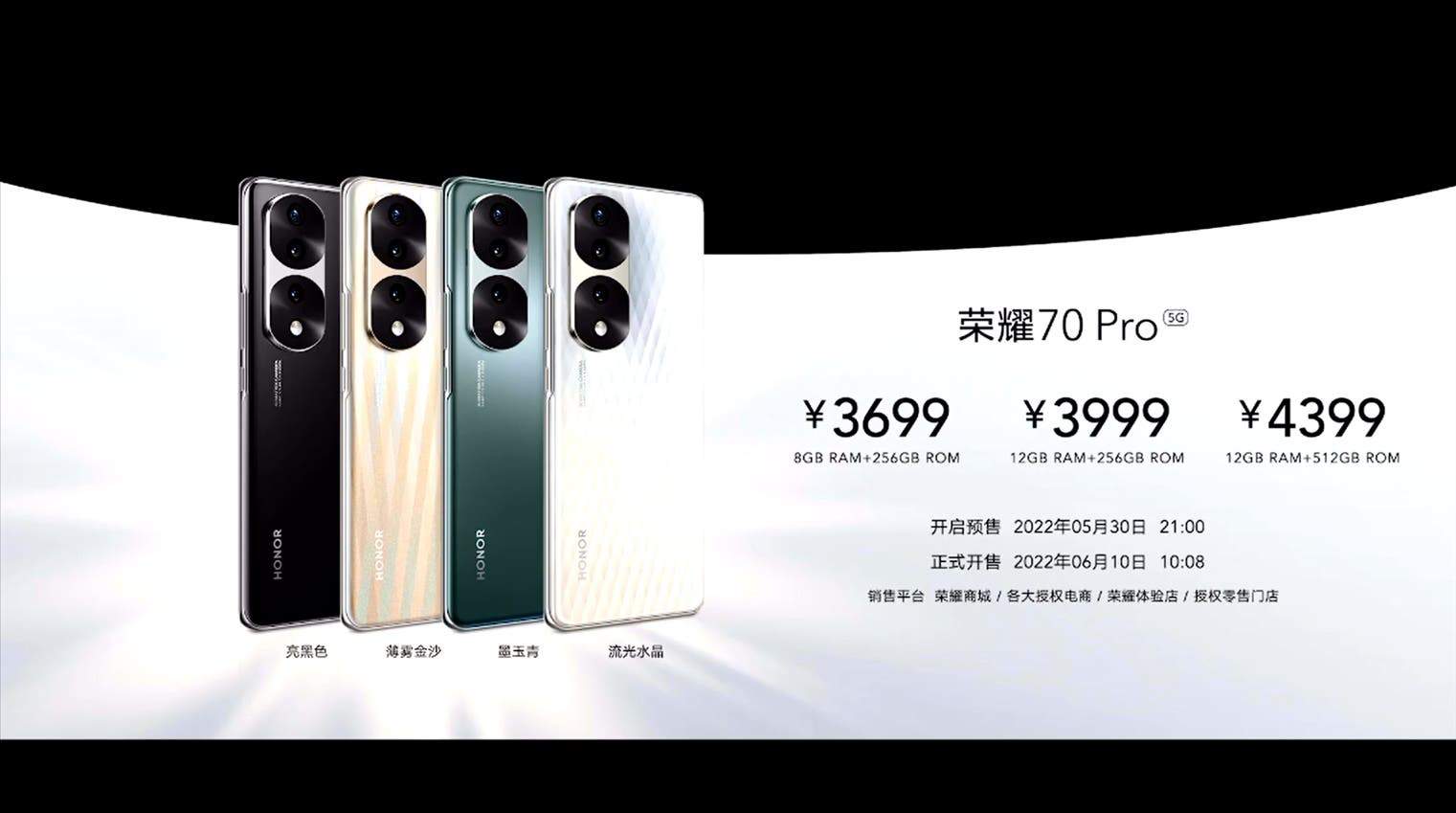 The emphasis of the new products is on cameras. Thus, the resolution of the frontal camera embedded in the display is 50 megapixels. The screen itself is characterized by a diagonal of 6.78 inches and a frame rate of 120 Hz. The fingerprint scanner is under the screen. 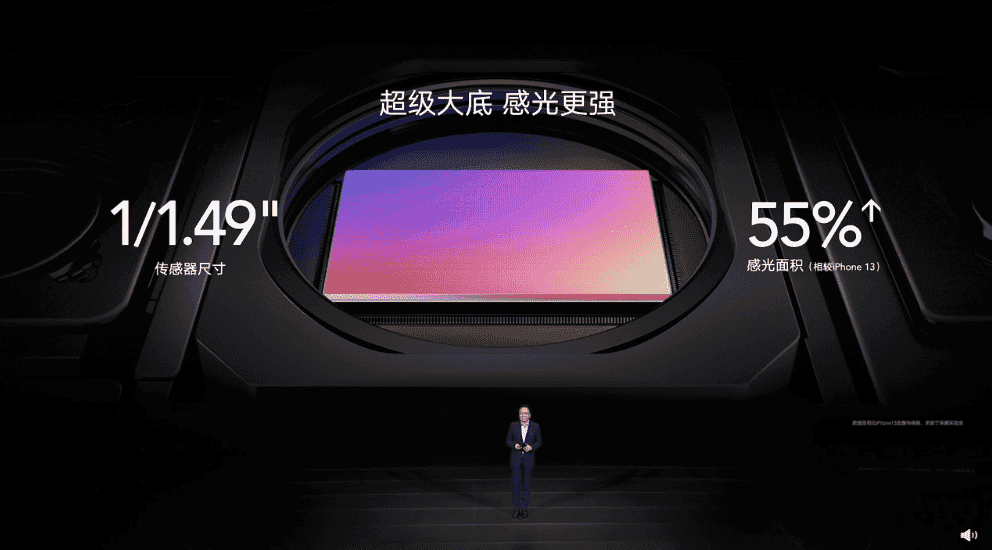 The main camera system is the same for these models. The main sensor is the latest Sony IMX800 with a resolution of 54 megapixels. The optical format is 1 / 1.49 inches, so for the niche of mid-range smartphones, which include the Honor 70, it is large. There’s also a 50-megapixel sensor with an ultra wide-angle lens and an 8-megapixel one with a telephoto lens that provides 3x optical zoom (this module has an optical image stabilization system). For processing photos and videos, including in HDR mode, the proprietary image processor Honor Image Engine is responsible. 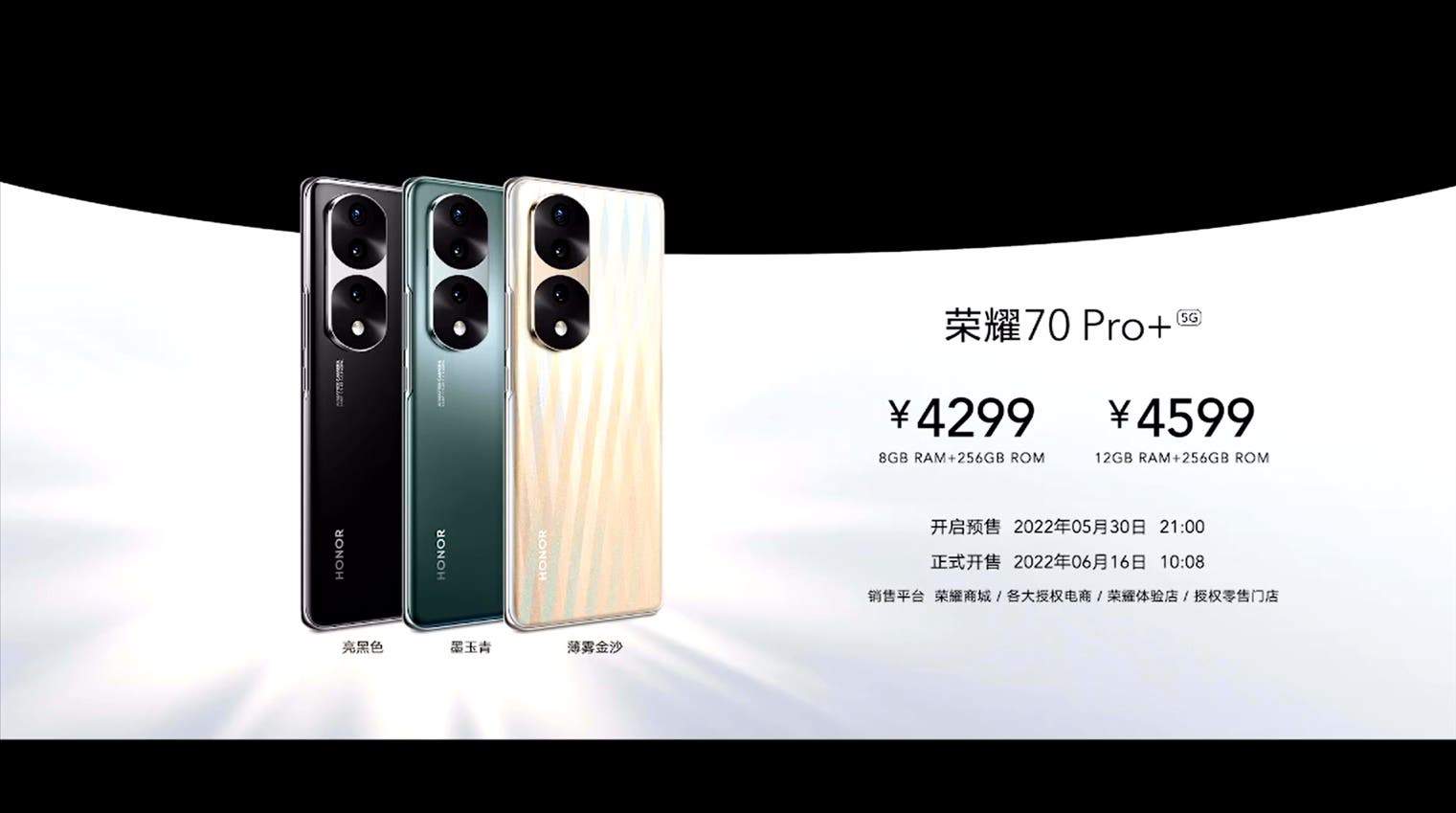 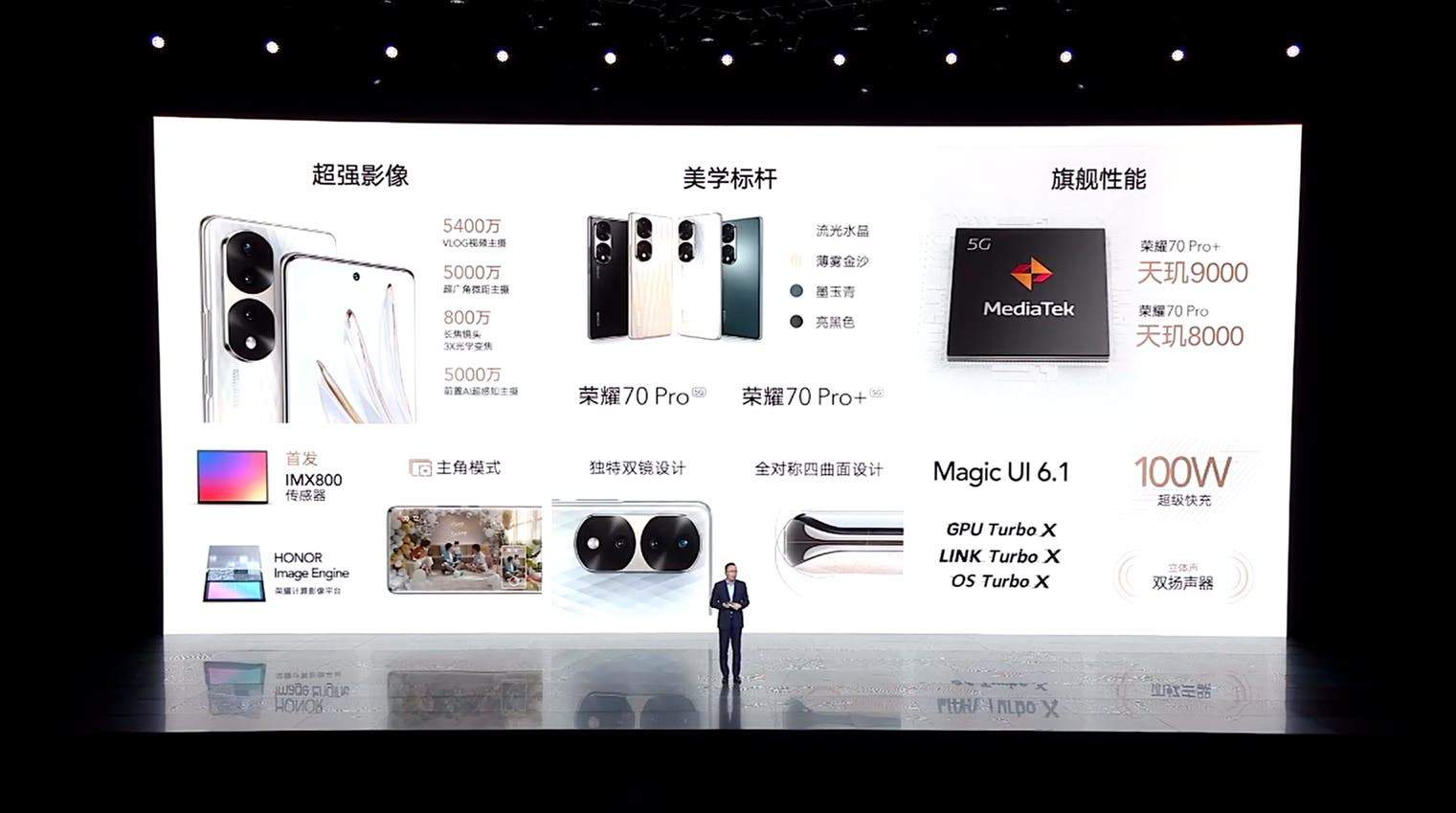 The slide indicates that the size of the main image sensor of the Honor 70 Pro/Pro+ is 55% larger than that of the iPhone 13. The new devices are running Android 12 with Magic UI 6.1 interface. Interestingly, during the presentation, Honor did not announce the battery capacities of the Honor 70 Pro and Honor 70 Pro +, but noted that they support 100W charging and charge 50% in half an hour. 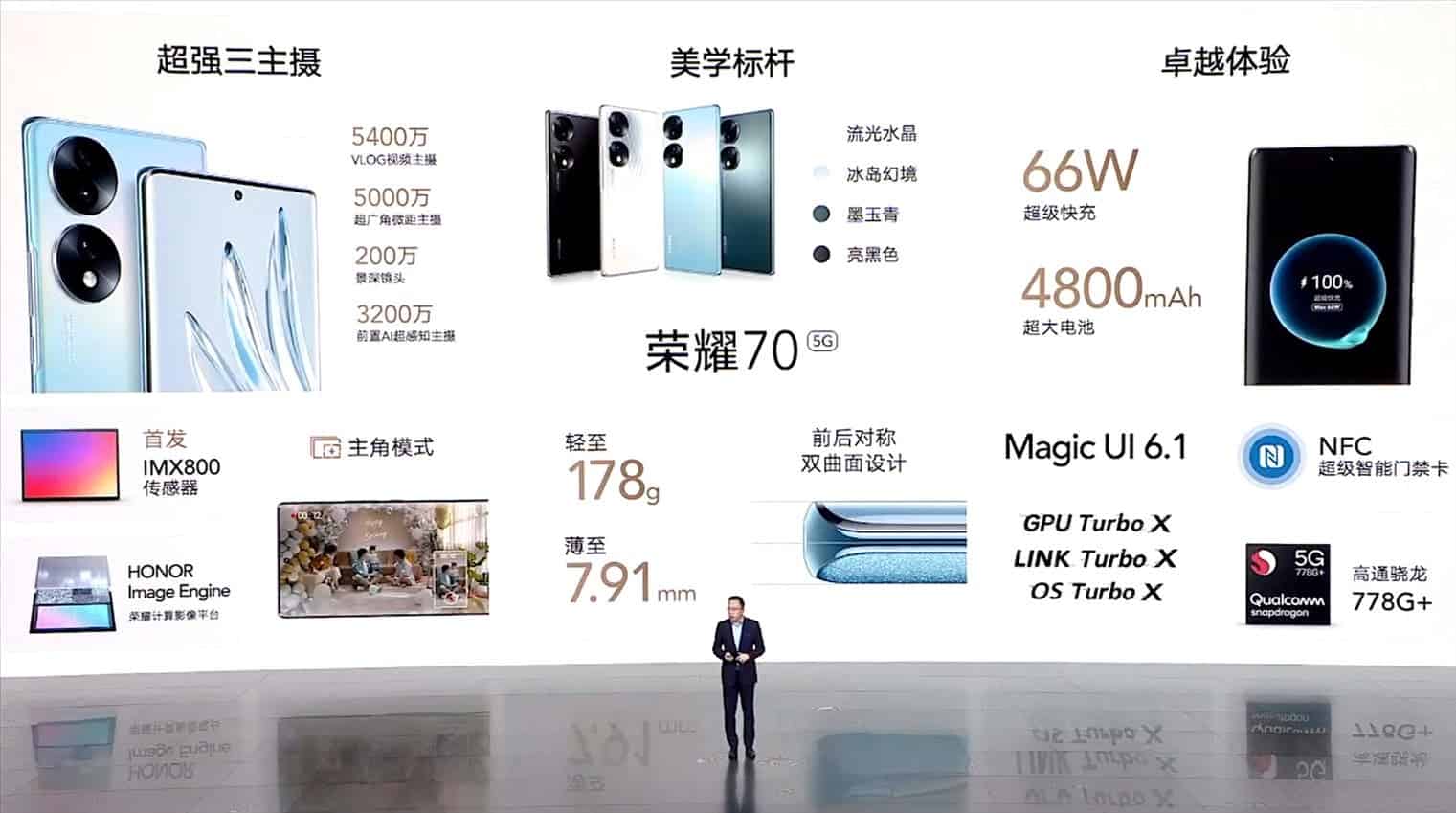 The Honor 70 5G smartphoner runs the Snapdragon 778G Plus and has three sensors with a resolution of 54, 50 and 2 megapixels. The first is the brand new Sony IMX800 1/1.49 inch optical format. For mid-range models, the sensor is quite large. The main module uses a wide-angle lens, while the secondary module with a 50-inch sensor uses an ultra-wide-angle lens. The front camera embedded in the screen uses a sensor with a resolution of 32 megapixels. 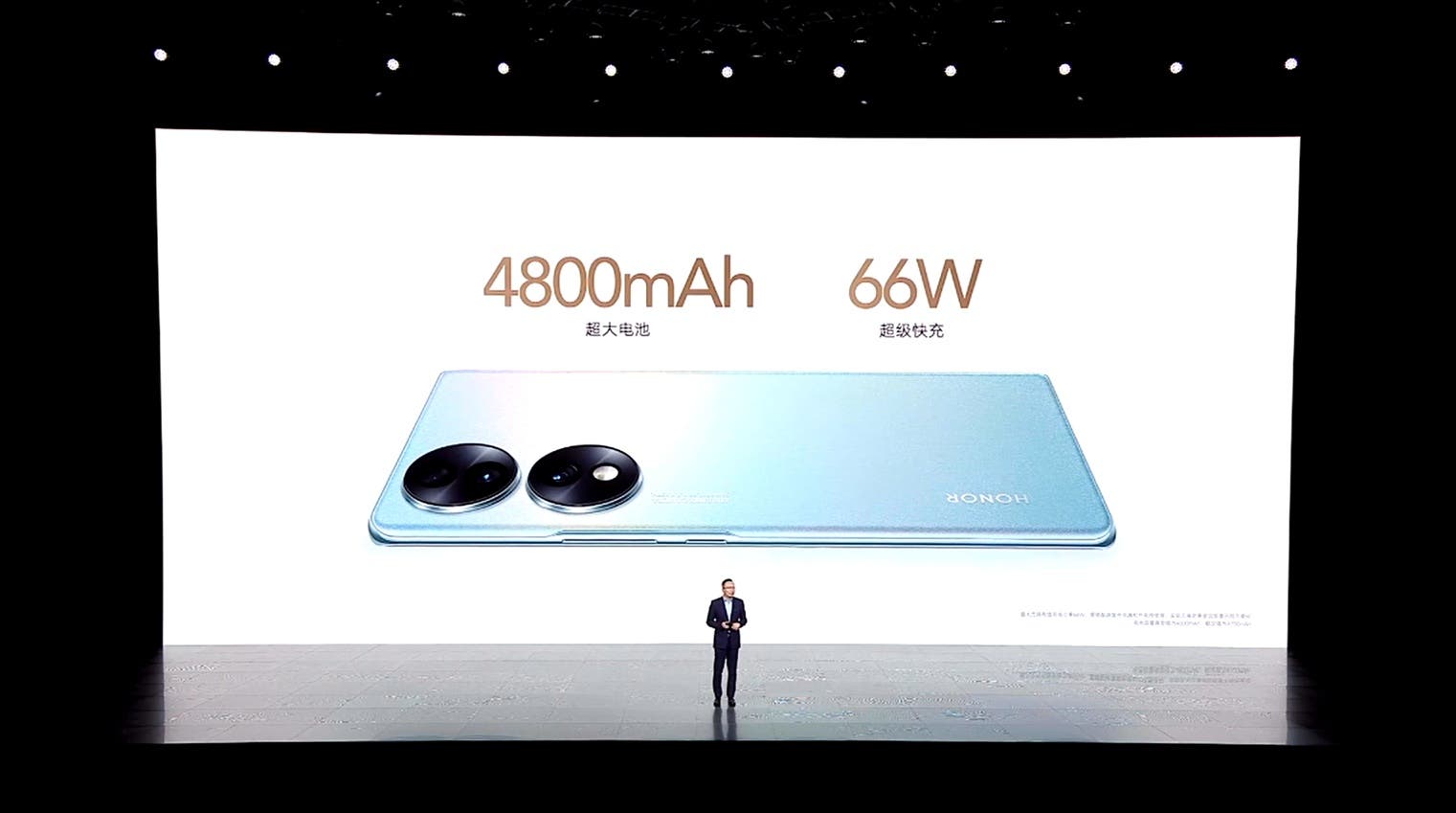 The Honor 70 5G display is curved, it folds onto the sides of the smartphone. The thickness of the device, by the way, is 7.91 mm, and the weight is 178 grams. 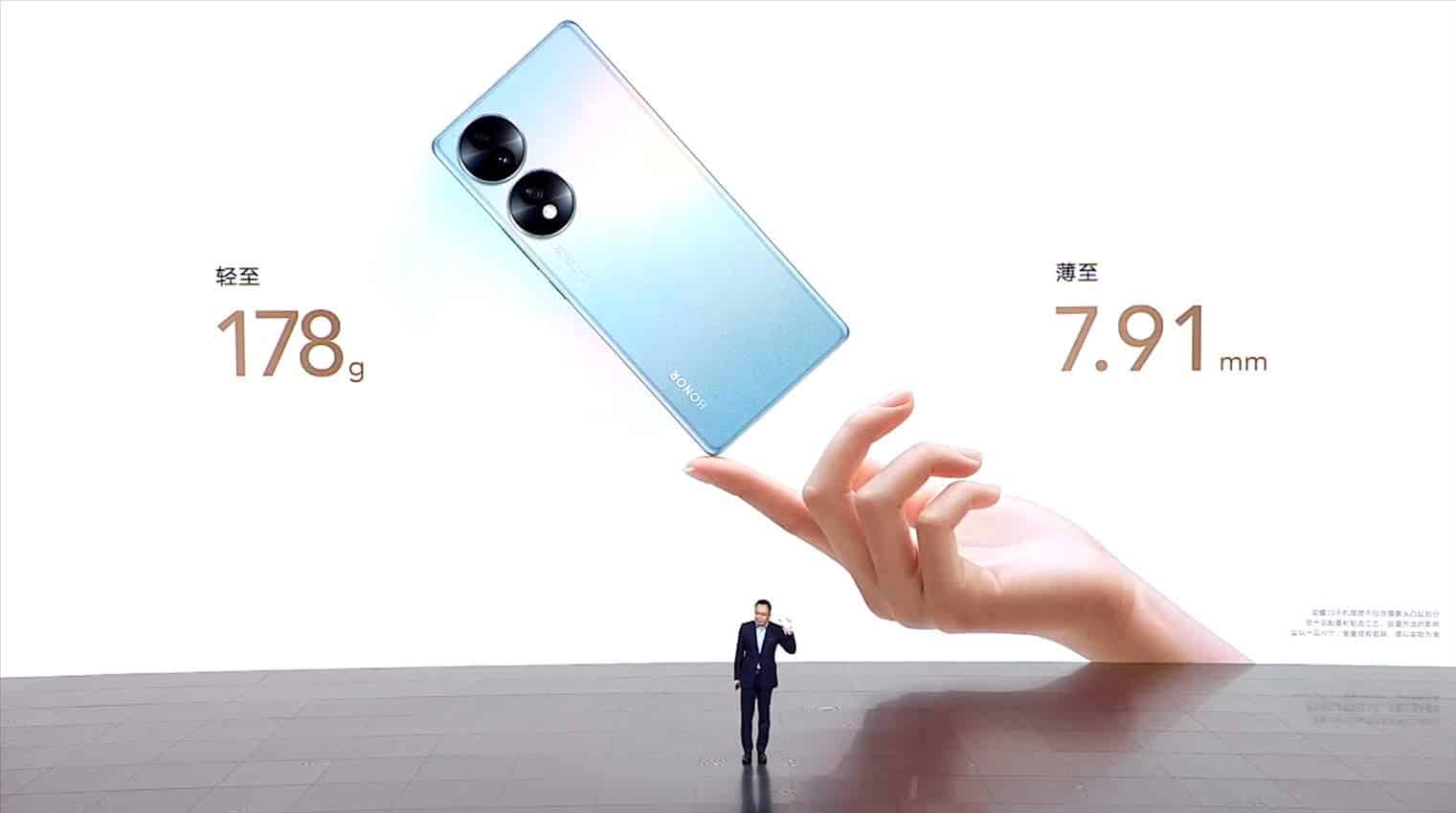 The smartphone is running Android 12 with Magic UI 6.1 interface. The battery capacity is 4800 mAh, the maximum wired charging power was 66 watts. There is also an NFC adapter in the device configuration, and the fingerprint scanner is available under the screen. 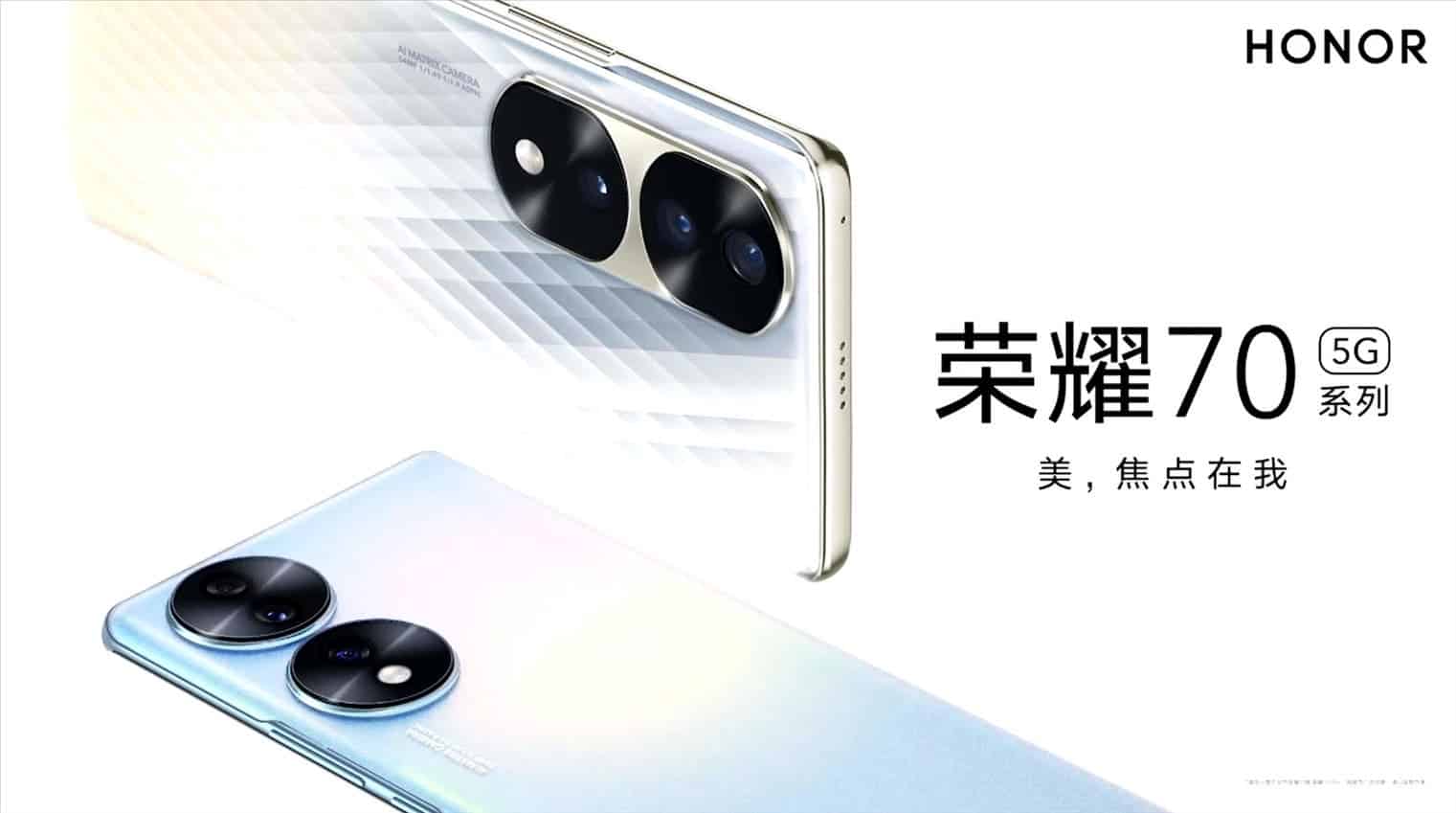 We know the prices of the three smartphones and they look like this:

Next Huawei and Nationstar Optoelectronics partner for mini-LED development