Honor is gearing up to launch its next flagship smartphone. The former Huawei sub-brand now is free from the ties with its parent company and is on the verge to become a dominant force in the Chinese market. It’s an undeniable fact that Honor is attracting a lot of former Huawei customers, and also newcomers. After successful devices, Honor is gearing up to introduce the Honor 70, 70 Pro, and Honor 70 Pro+. All three smartphones are expected to pack some high-end specifications and will adopt a design similar to its predecessor. Ahead of the upcoming smartphone, Honor 70 Pro has emerged on the Geekbench benchmark website.

According to the listing on Geekbench, the Honor 70 Pro will pack the MediaTek Dimensity 8000 SoC. The device will hit the Chinese market on May 30. During the event, the company will also introduce the vanilla and Pro Plus variants. Today, we have some tidbits about the Honor 70 Pro. Apparently, the device will bring top-notch performance. The Honor 70 Pro will sit between the vanilla smartphone and the Huawei Pro+ 5G model, therefore, the performance will stand between these two devices. 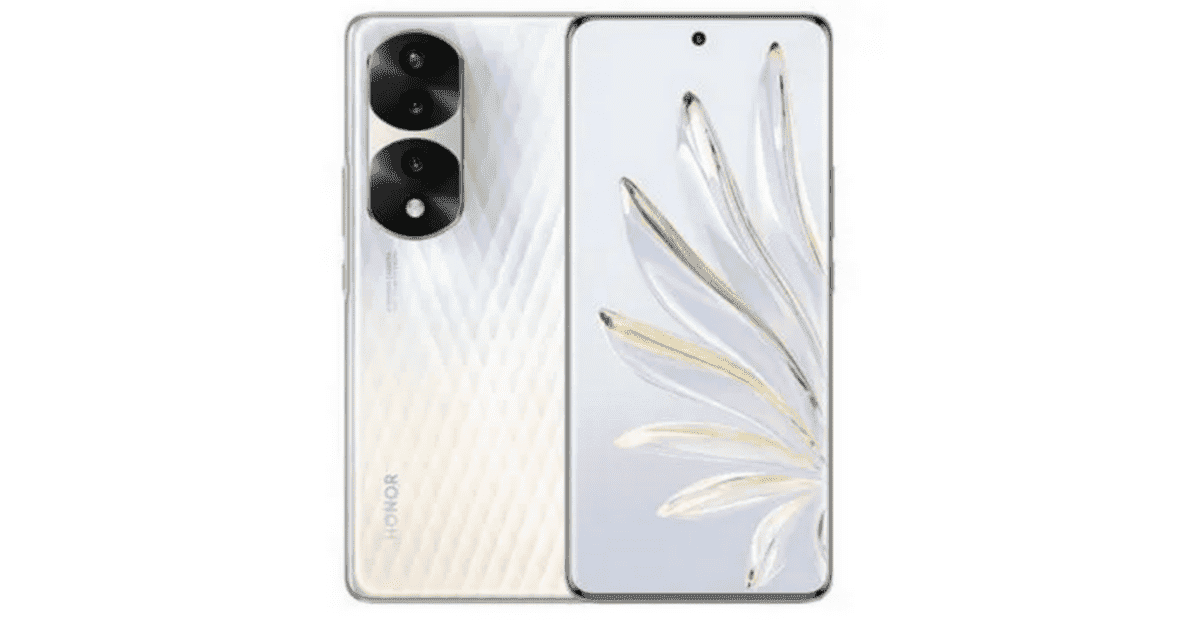 The Honor 60 Pro passed by Geekbench benchmark with the model number SDY-AN00. According to the listing, the new smartphone packs the MediaTek Dimensity 8000 SoC. This processor was launched alongside the Dimensity 8100 and seems to be finally conquering some partners around the industry. It also packs the Mali-G610 GPU. It’s the same processor with 5 nm architecture, the main difference is the slightly lower clock with a peak speed of 2.75 GHz.

In addition to the chipset, the Geekbench listing also confirms some details about the device’s RAM and software. The Honor 70 Pro also runs with 12 GB of RAM. In terms of software, the device will run on Android 12 OS and will have a layer of Magic UI 6.0 running above. 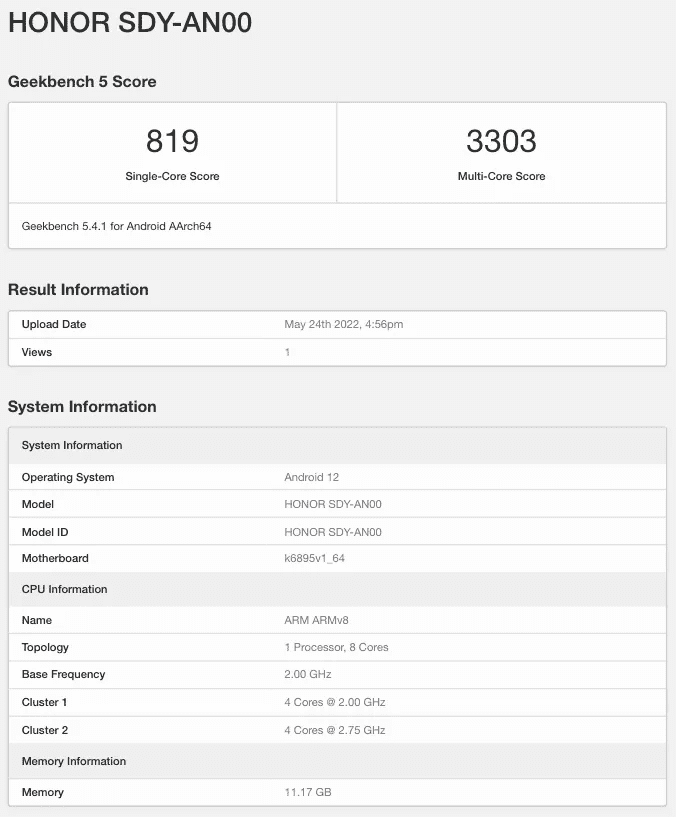 The phone has a score of 819 and 3,303 in the multi-core department. The phone already had some of its design elements confirmed by the company in the past. Judging by the leaked images, the phone has a large pill-shaped cutout, inside which are two circular cutouts. The phone will sport a triple-camera setup with a Sony IMX800 main camera. The main sensor of the device is 1/1.49-inch in size and shoots up to 54 MP photos. Moving around to the front, the phone has a curved display, presumably an AMOLED. The phone will also have a 120 Hz refresh rate and 100 W fast charging.