In recent years, Motorola not only debuts Qualcomm’s latest Snapdragon 8 chips but also many other innovations. We mean it fights in multiple directions. And due to such a strategy, Motorola gets exclusive windows. For instance, while major smartphone makers are still using 100-megapixel main cameras, Motorola is going to launch a new flagship with a 200-megapixel lens onboard. According to the latest reports, the phone is already on the way and will hit the market in the near future.

Not long ago, Motorola issued a document saying: “New benchmark for imaging experience beyond parameters, opening up the era of 200-megapixel mobile photography. See you in July.” Thus, the company officially confirmed that Motorola will launch a 200-megapixel camera phone next month. 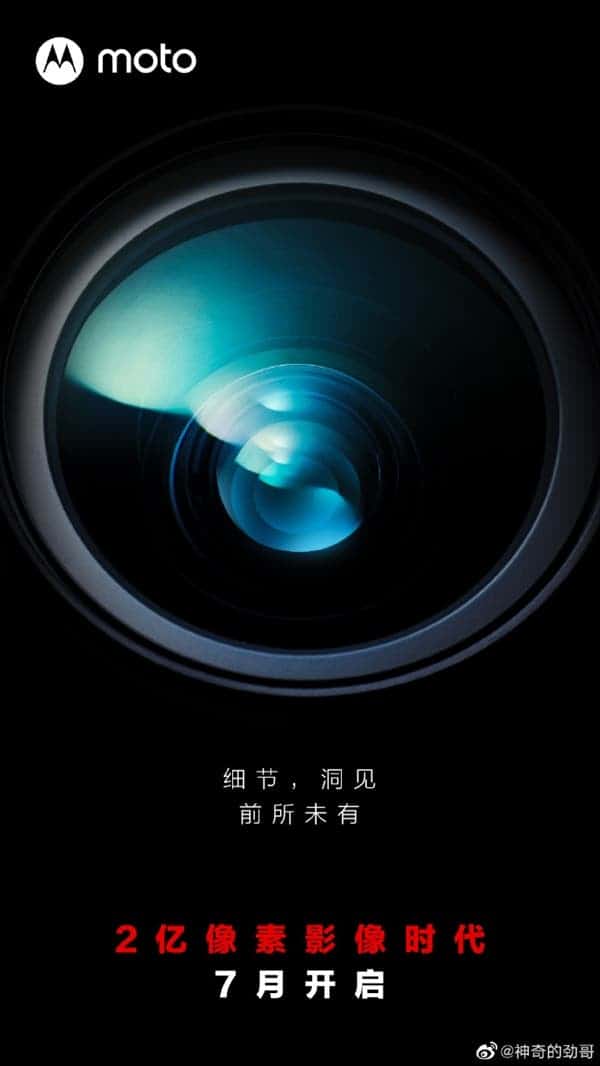 Today, Chen Jin, general manager of Lenovo China’s mobile phone business department talked about the upcoming phone. Though he didn’t disclose many details and didn’t mention the phone’s name, we guess he was talking about the upcoming 200-megapixel handset of the company. He said that the camera of this device surprised him a lot. If the Lenovo executive liked it, there will be a big surprise at launch, undoubtedly.

Prior to this, some Weibo bloggers revealed the selling points of the handset. For instance, we know that it will carry the Snapdragon 8+ flagship processor. Thus, this will be the phone’s second selling point. However, there are many others as well. Say, the Motorola device will support a 125W super-fast charging.

Well, the phone we are talking about is going to focus on photography. In this regard, it’s interesting to know what CMOS it will come with. Judging from the previous leaks, we are dealing with the Samsung ISOCELL HP1 CMOS. It has a 1/1.22” pixel size, a unit pixel of 0.64μm, supports ISOCELL 3.0 technology, can complete 4-in-1 or 16-in-1 pixel combinations according to the scene, etc. 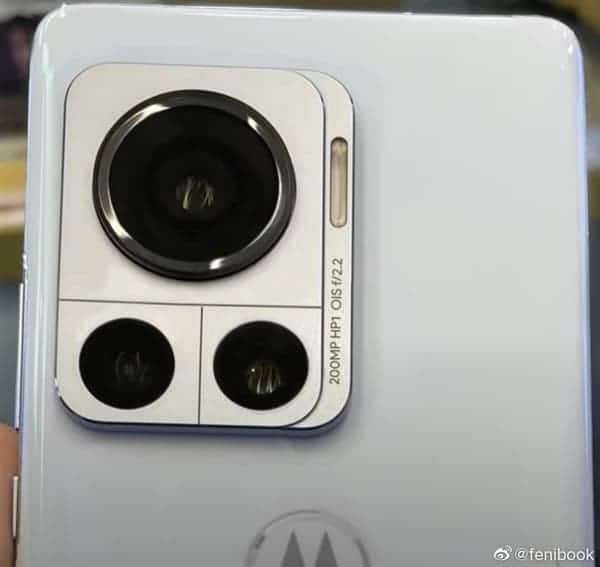 To make it easier for users to capture fleeting moments, Samsung equipped the ISOCELL HP1 with fast and accurate autofocus. This is possible thanks to the image sensor’s Double Super PD phase detection technology. Double Super PD technology contains twice as many autofocus pixels as Super PD. Those pixels have AF micro-lenses that allow you to focus on fast-moving objects faster and capture stunning content.

Lastly, we’d like to say that all the aforementioned news are quite accurate. The Motorola phone has been also spotted in a photo. The latter proves the existence of a 200-megapixel lens. In this sense, we can also see that it is truly using Samsung’s CMOS.