The Android smartphone market has been around for a long time. At the moment, the major players in the Android smartphone market are Samsung, Xiaomi, Oppo and a few others. However, apart from Samsung, these were not always the popular brands in the market. In times past, the likes of Motorola, HTC and others made waves in the market. Speaking of HTC, it must bring back memories to many people. It used to be the No. 1 mobile phone brand in the Android camp. HTC launched the world’s first Android mobile phone (G1) in September 2008. Its models span Windows Phone and the Android camp. 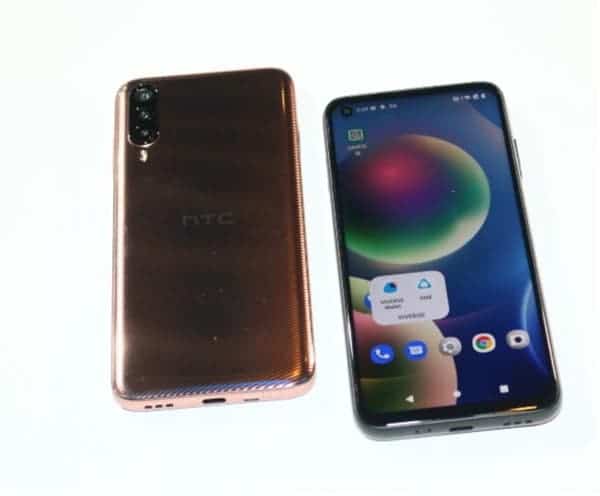 What happened with HTC? The Taiwanese company made significant mistakes in terms of its strategies. Furthermore, there was a sudden rise of many smartphone brands with juicy offers. Gradually, HTC lost its smartphone market and shifted its attention to VIVE. However, the company has now re-entered the smartphone market with the launch of its latest smartphone. Do you think HTC will make any impact with this new smartphone? Let us know in the comments below

Today, HTC released the metaverse mobile phone HTC Desire 22 Pro. The phone has a built-in VIVERSE metaverse platform and VIVE Wallet with personal virtual assets. At this stage, users can store their assets in VIVE Wallet. In the future, the Wallet can be used as a VIVE Wallet. Your own pass to VIVERSE.

In addition, HTC Desire 22 Pro can also be paired with HTC’s own VIVE Flow virtual reality glasses and can be projected on the screen to stream mobile phone applications and multimedia content to VIVE Flow in real-time.

In terms of parameters, the HTC Desire 22 Pro uses a 6.6-inch full screen. This display comes with a resolution of 2412 × 1080 as well as a refresh rate of 120Hz. Under the hood, this device uses a Qualcomm Snapdragon 695 processor. It also uses 8GB of RAM and 128GB of internal storage. To keep its lights on, this device comes with a 4520 mAh battery that supports 18W fast charging and 15W wireless charging.

In addition, HTC Desire 22 Pro has a front-facing 32-megapixel camera. On the rear, it has a 64-megapixel main camera, a 13-megapixel ultra-wide-angle camera, and a 5-megapixel depth-of-field triple camera. The top has a 3.5 mm headphone jack, supports 5G+4G dual-card dual standby, and pre-installs the Android 12 operation system. This device will officially hit the stores on July 1st and will sell for NT $11,990 ($403).

Previous Galaxy S22 FE will not launch: more and more sources confirm this