In a few days, on July 12, Realme will announce a new smartphone dubbed the Realme GT2 Explorer Master Edition. Yesterday, the company also showed the actual look of the device. But the promo photos displayed the back panel only. Today, Realme “fixed” its mistake and showed the phone’s front as well. 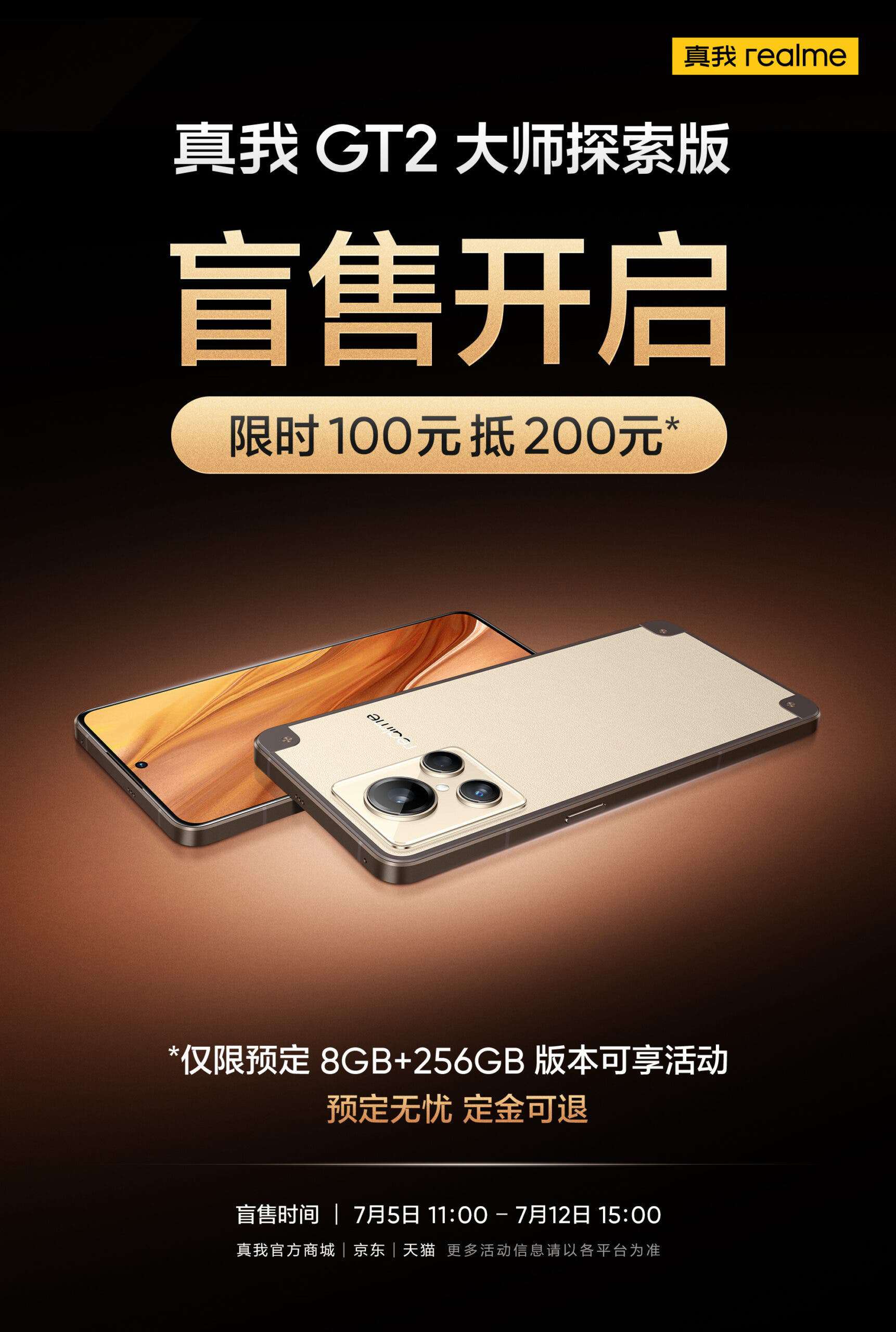 As we can see, the Realme GT2 Explorer Master Edition will sport a straight screen with very narrow borders. Officially it’s called a “sky screen”.

Apart from the photo, the manufacturer also talked about some noteworthy features. Among them, we can mention a right-angle metal frame, a micro-seam link process, COP packaging that makes the chin as narrow as 2.37mm, etc. The display will also boast of a 1.07 billion color display, HDR10+ certification, and many more. 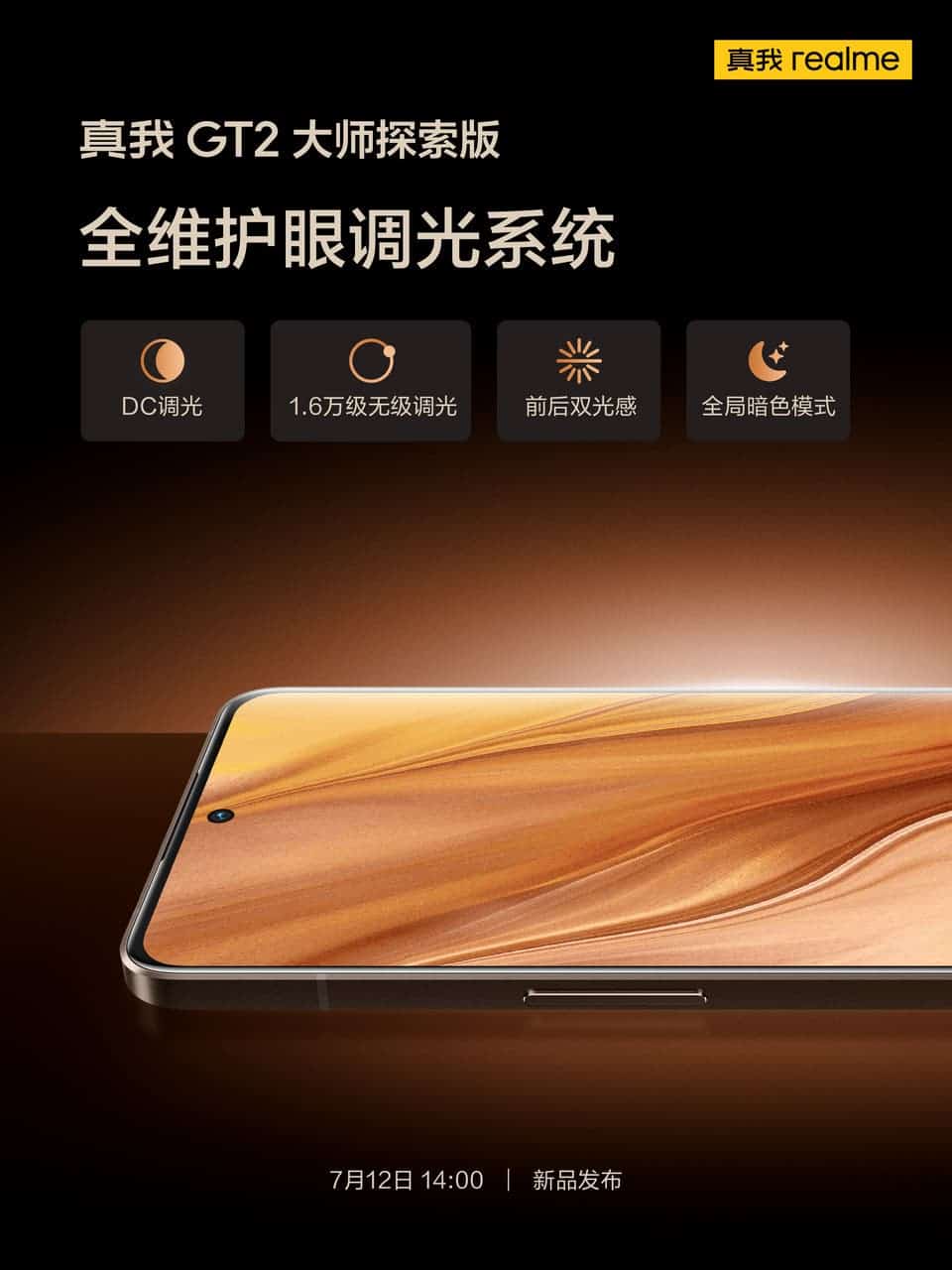 Generally, the phones from this range do not come with the features mentioned above. But the Realme GT2 Explorer Master Edition is going to break boundaries. For instance, the COP (Chip On Pi) packaging process directly bends a part of the screen. Due to it, the screen module compensation reaches maximum. However, this affects the product’s price. This is the main reason why almost all smartphones in the mid-range segment do not use it.

However, the Realme GT2 Explorer Edition will have a 2.37mm chin. Thus, it will be narrower than the lower bezel of the iPhone 13 Pro. There is every reason to think this will be the narrowest bezel Snapdragon 8+ Gen 1 smartphone.

When compared with the iPhone 13 Pro, we can see that the Realme model looks much more attractive. Of course, we understand that Apple will release a new model in the fall. But even so, the new Realme smartphone has a better screen than the “old” iPhone 13 Pro. 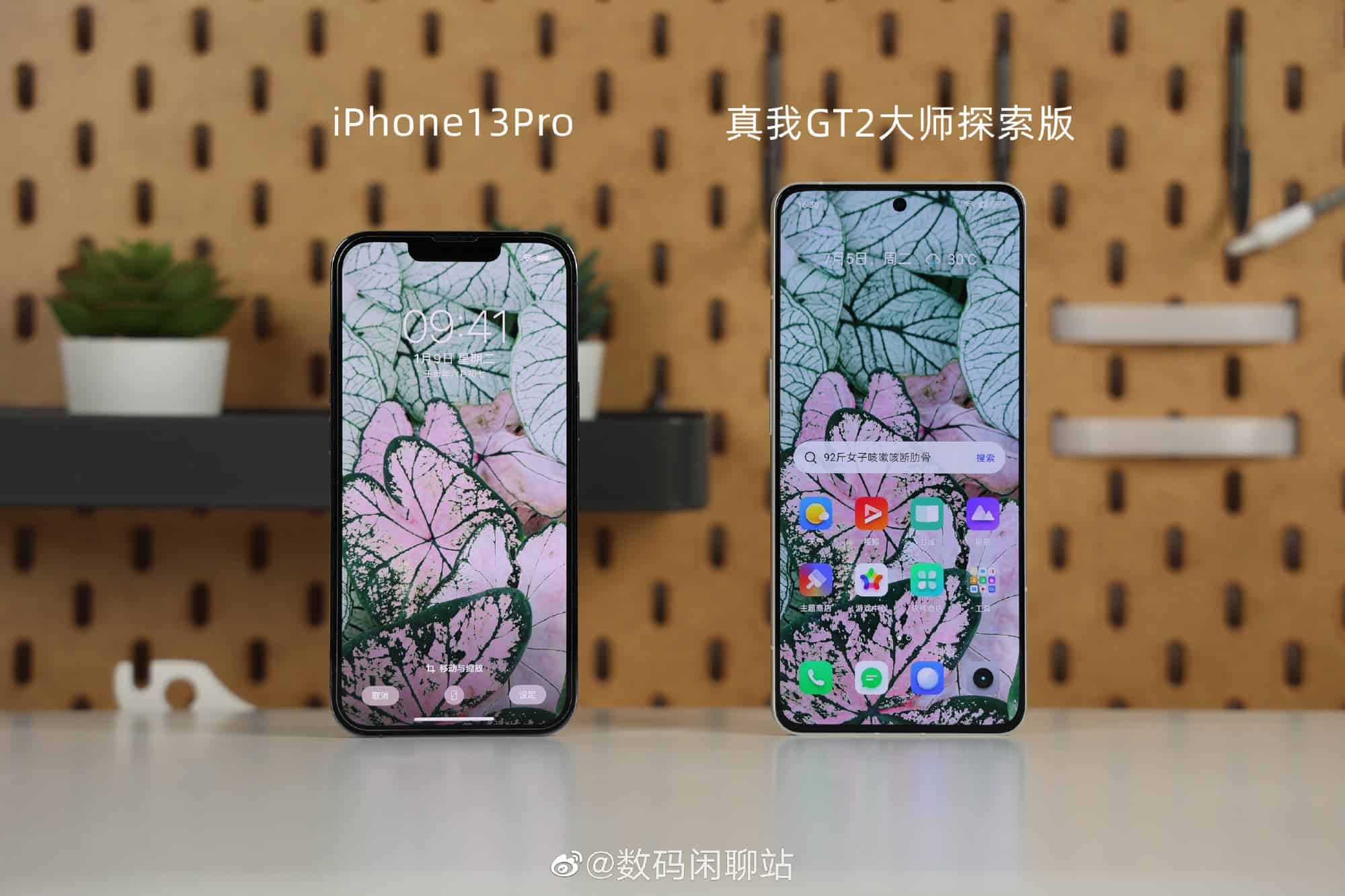 Finally, we know that the Explorer Edition will come with a 6.7-inch center scoop flexible straight screen. Its resolution will be 2412×1080, while the refresh rate will reach 120Hz. The rest of the features include a rear 50MP AI triple camera, a 5000mAh battery, and 100W super fast charging. 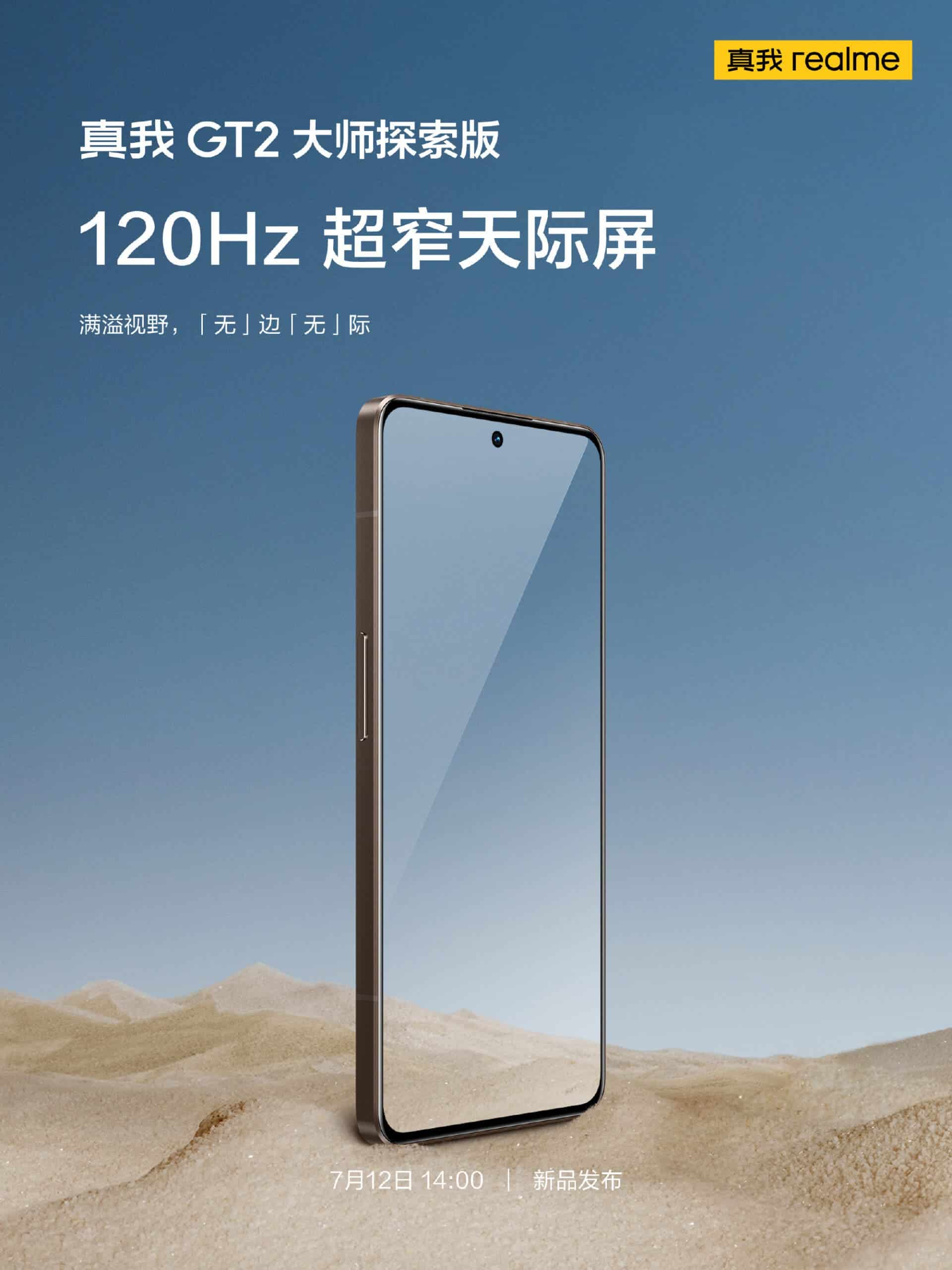 Previous OnePlus is considering spinning off Nord into a standalone brand