Today, Letv officially announced that the new entry-level Y2 Pro smartphone has officially become available for pre-sale. In terms of appearance, the Y2 Pro is a clone of the Apple iPhone 13 Pro. The rear camera modules are arranged exactly the same, and they even imitate the rumored bronze color of the iPhone 14 Pro.

So, the official claims that the Y2 Pro has “seven major upgrades”, among which the more notable ones are the AG frosted glass back cover, the metal texture vacuum coating frame, the dual unlocking of fingerprint and face recognition, and the rear AI three photo sensors.

Also, according to the reports, the Y2 Pro has an eight-core high-performance processor, a built-in 4000mAh battery, and does not support fast charging. The main camera is a 13-megapixel lens, and the front is an 8-megapixel lens.

In addition, the Y2 Pro has built-in Huawei HMS services, runs the Android 11 operating system, and has functions such as software clones and split-screen operations. 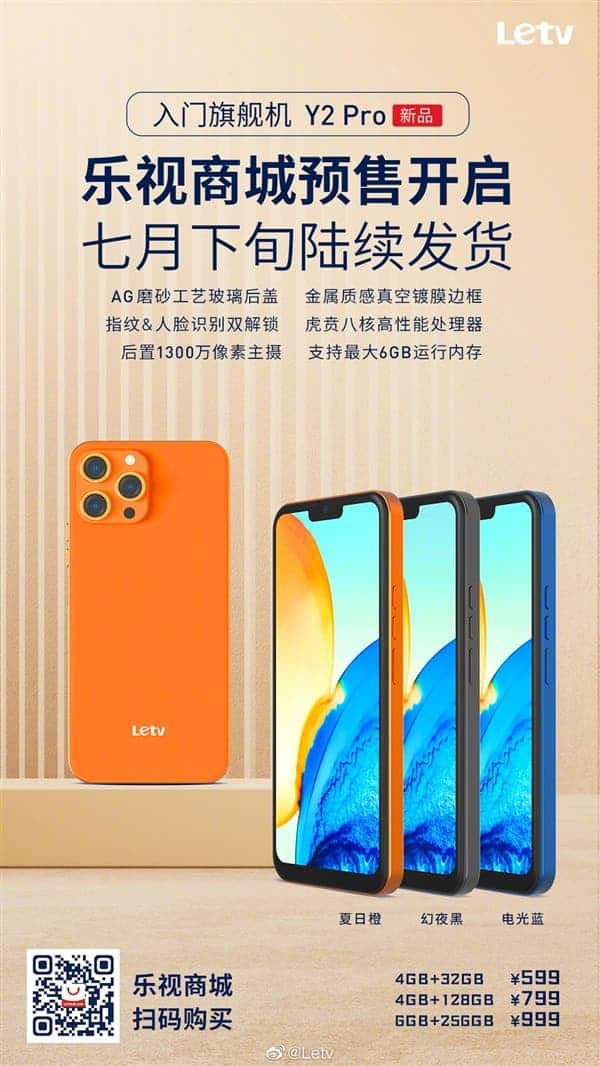 Also, according to analyst Ming-Chi Kuo, Apple’s suppliers anticipate a rise in demand for the iPhone 14 series in China. Kuo offers a potential explanation – Apple is making the best out of Huawei’s forced exit from the 5G market. This resulted in minimal competition for Apple as the leading player in China’s high-end market.

The iPhone 13 was the top-selling model in China in January, as it was in October and December as well. The iPhone 13 series has been fairly successful overall – more successful than prior generations; which would make the increased demand for the iPhone 14 all the more astounding. It alone sold 2.3 million of Apple’s total 5.1 million devices for the month.