OnePlus officially announced that the OnePlus Ace Pro new product launch conference will hold at 19:00 on August 3. The slogan for the event is “New benchmark for performance mobile phones”. Of course, the protagonist of the event will be the new OnePlus Ace Pro. According to the official poster, this smartphone will come with a Snapdragon 8+ Gen 1 processor. As an enhanced version of the Snapdragon 8 Gen 1, the Snapdragon 8+ Gen 1 uses TSMC’s 4nm process. It also uses a three-cluster architecture including a super-large core Cortex-X2, large-core A710 and small-core A510. The highest CPU core frequency increases to 3.2GHz. 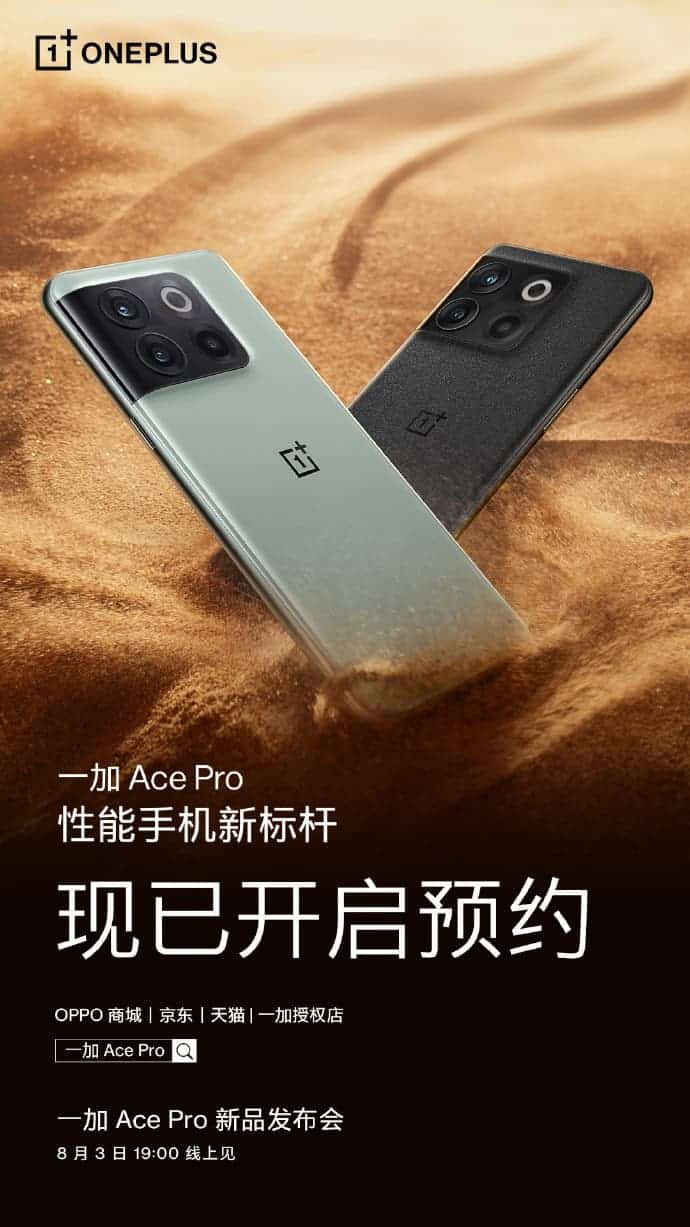 Benchmark data shows that the new OnePlus Snapdragon 8+ Gen 1 (model OnePlus PGP110) has an AnTuTu benchmark score of 1,131,151. According to previous reports, the new OnePlus Ace Pro will use a 6.7-inch AMOLED center single pinch-hole flexible straight screen. The display has a resolution of 2412 × 1080p and a refresh rate of 120Hz.

In terms of configuration, the new OnePlus should have a built-in 4800 mAh battery that supports 150W fast charging. In the camera department, this device comes with a 16MP front camera as well as a triple rear camera setup. It has a 50MP main camera on the rear as well as an 8MP wide-angle lens and a 2MP camera.

After the official announcement of the launch date of the OnePlus Ace Pro, this device is now available on JD.com. The smartphone is currently on pre-order and the listing does not reveal its price. From the images, this smartphone will have two colour options including a greenish grey and light black colour. From the picture, OnePlus Ace Pro does not use the classic three-stage button.

In addition to its flagship processor, this device will also use up to 16GB of RAM and large internal memory. It will also be the first to use some of the underlying optimizations of ColorOS 13.

Next Huawei recruits "chip experts" for the second time this year