After a long time of work, engineers at MIT now have an underwater camera without wires. In addition, this camera also does not need a battery. This device will help scientists easily explore inaccessible areas of the ocean. They can now track pollution or monitor the effects of climate change. The MIT camera can draw its own energy while using very little power. The details of this camera are in a new paper in the journal Nature Communications. The system can take colour photos of remote underwater objects. Even in even in dark areas, this camera can work well. It can take very clear images even in dark areas. In addition, it can send data to check the underwater areas in real time. This will help to discover new rare species or monitor ocean currents, pollution or commercial and military operations.

Read Also: How to ensure emergency communication after a major disaster 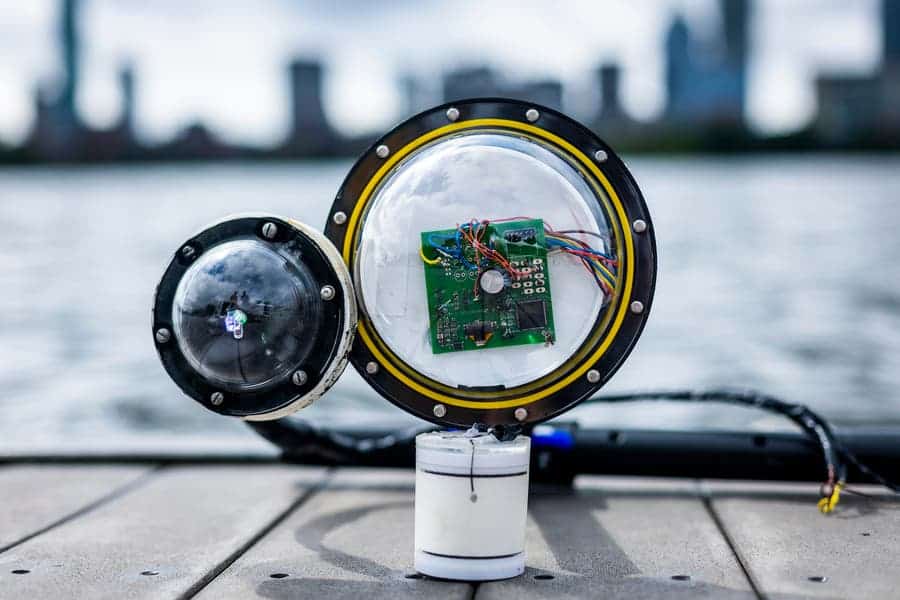 There are many ways to take images of things and life that are under water. However, researchers believe that “most oceans and marine life have yet to be observed. This is because most existing methods of taking underwater images require connections to ships. They also require water off drones or power plants for power and communications”.

Those that don’t use tethering must contain battery power. Of course, this limits their useful life. Energy could in principle be harvested from ocean waves. However, taking energy from underwater currents and even sunlight is not simple. Adding the necessary parts will make the device heavier. Not to mention that it will be more expensive.

So the MIT team set out to develop a solution for a battery-free wireless imaging method. The design goal is to require as little hardware as possible. They also wanted to keep power consumption at the lowest. For this reason, they had to use cheap off-shelf imaging sensors. But this sensor only produces grayscale images. The team also needed to develop a low-power flash. The flash is necessary because most bottom water areas do not have much natural light.

The solution uses red, green, and blue LEDs. The camera gets light in situ with the red LED. It captures the image with its sensor. Then it repeats the process with the green and blue LEDs. The image appears in black and white. However, the white portion of each image reflects the three colours from the LEDs. Thus, it can reconstruct full-colour images during data processing.

“When we were in art class as kids, we were taught that we could make all colours using the three basic colours,” said co-author Fadel Adib. “For the colour images we see on the computer, the same rules apply. We only need three channels, red, green, and blue, to build a colour image.” 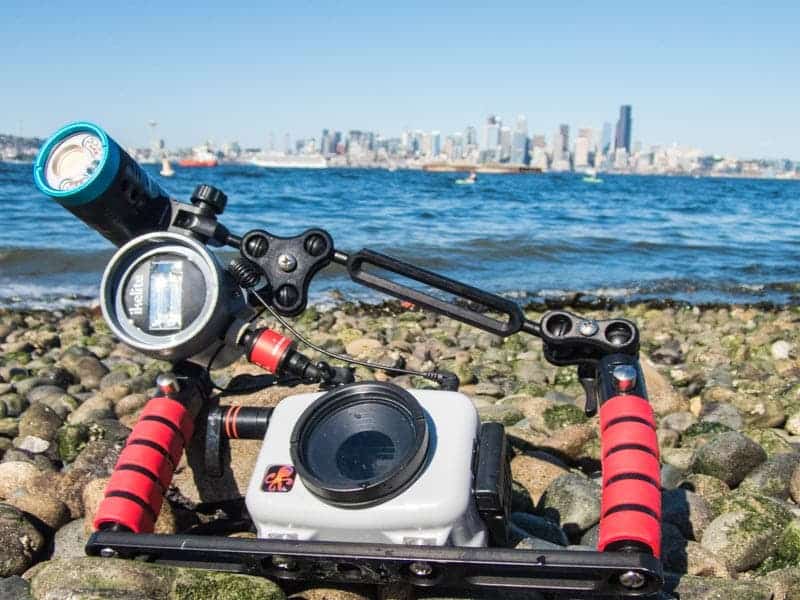 What this means is that the system encodes the image data in bits. The sensor relies on piezoelectric acoustic backscatter for ultra-low-power communication. It uses this system rather than a battery. Instead of generating its own acoustic signal (such as sonar), this approach relies on modulating the reflections of incoming bottom water sound to transmit one data at a time.

This data is picked up by a remote receiver capable of recovering the modulation pattern. The system uses the binary information to reconstruct the image. The researchers estimate that their underwater camera is about 100,000 times more energy efficient. They believe the camera is far better than regular cameras. It can also operate for weeks without stopping.

Of course, the team built a proof-of-concept prototype. It also ran some tests to prove its approach worked. For example, they imaged contamination (in the form of plastic bottles) at Keser Pond in southeastern New Hampshire. They also did this at African sea stars (Protoista) in a “controlled environment with external lighting”. The latter image was high enough resolution to capture the various nodules on the starfish’s five arms.

The testing of this underwater camera was very successful. It was able to monitor the growth of aquatic plants (Aponogeton ulvaceus) over several days. The camera was also used to detect and locate visual tags. These are commonly used for underwater tracking and robotic operations. The camera achieves a high detection rate. It also achieves a high positioning accuracy at a distance of about 3.5 meters (about 11 and a half feet). The researchers believe that longer detection ranges could be achieved using higher-resolution sensors. Distance is also a factor in the camera’s ability to harvest energy and communicate. This result came from the test conducted in the Charles River in eastern Massachusetts. As expected, both key capabilities decreased with distance. However, the camera sends data up to 40 meters (131 feet) from the receiver.

The research concludes that their method is ideal for large-scale applications. This is because it does not use any wires and is very cheap. Scaling up their approach requires more complex and efficient transducers. It also needs higher power underwater acoustic transmission. One could also use the existing mesh network of buoys on the ocean surface for power generation. In addition, a network of underwater robots such as Argo buoys can provide remote power for the camera. 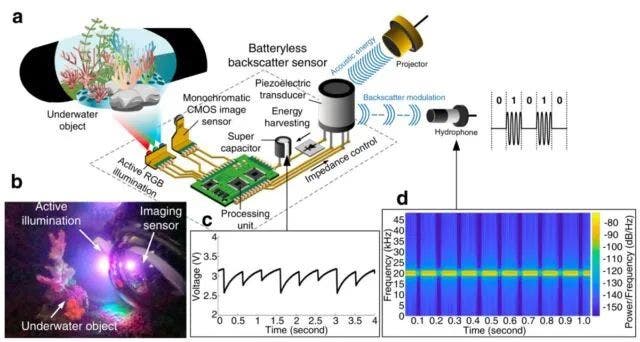 “Personally, one of the most exciting applications of this camera is in the context of climate monitoring,” Adib said. “We’re building climate models, but we’re missing data from more than 95 per cent of the ocean. This technology could help us build more accurate climate models. It would also help us better understand how climate change affects the bottom water world.

Previous Why WhatsApp Went Down In Most Parts Of The World

Next Apple Services Just Got Even More Expensive