South Korean manufacturing giant, Samsung, is developing a new wireless charging pad. This device may be available around the launch of the Galaxy S23 early next year. The accessory has model number EP-P9500. The name of this device is SmartThings Station. In addition to the name, this device may come with interesting and never-before-seen features. A recent Bluetooth certification of this device also confirms its name to be SmartThings Station. Interestingly, Samsung had previously obtained the same name through a USPTO (United States Patent and Trademark Office) application.

The “EP-P” part in the EP-P9500 model number actually confirms that this is a wireless charging pad. However, Samsung has never released a wireless charger with SmartThings. This his new device, the so-called SmartThings Station will be the first. However, neither the Bluetooth certificate nor the USPTO application for the SmartThings Station reveals much about the device. But apparently, it will be Bluetooth (5.2) capable. This means the device is capable of more than just a simple wireless charging pad for Galaxy smartphones and wearables. Samsung has been more inclined to make SmartThings the platform of choice for smart home devices. At SDC22, the company announced integration with Matter devices and better interoperability with Google Home. Wireless chargers with SmartThings fit with the company’s evolution. Samsung even added more SmartThings tools to One UI 5.0’s new modes and general features. The new device may allow users to monitor the charging status of their Galaxy devices through the SmartThings app. It is also possible for SmartThings users to remotely control a so-called SmartThings Station – turning the device on or off, or setting other parameters. Samsung is expected to release the Galaxy S23 series of phones in the early to mid-term of the first quarter of 2023.

The upcoming Galaxy flagships will come with a couple of improvements. If the company hopes to take the fight to Apple, then these upgrades are not negotiable. However, there are reports that the Samsung Galaxy S23 / S23+ has almost no changes. This is quite disappointing considering the competition in today’s market. The report claims that the design is similar to the S22 series. The biggest change of the Galaxy S23 Ultra is the increase in the width of the middle frame. This also reduces the curved part of the screen and makes it closer to a micro-curved screen.

According to Weibo tech blogger @iceuniverse, a small change in the Samsung S23 series is that it will use a dual microphone hole design at the bottom. This will be symmetrically distributed on both sides of the Type-C port. In addition, the blogger also reveals that the Samsung Galaxy S23 Ultra uses a 200-megapixel (200MP) image sensor with 0.6 micron (μm) pixels, a 1/1.3″ outsole, and an F1.7 aperture. Tthe Samsung Galaxy S23 Ultra has a body size of 163.4 × 78.1 × 8.9 mm. This device will also come with a Qualcomm Snapdragon 8 Gen2 processor and a built-in 5000mAh battery.

Read Also:  The Samsung Galaxy XCover 6 Pro Is Now available Through AT&T in the US 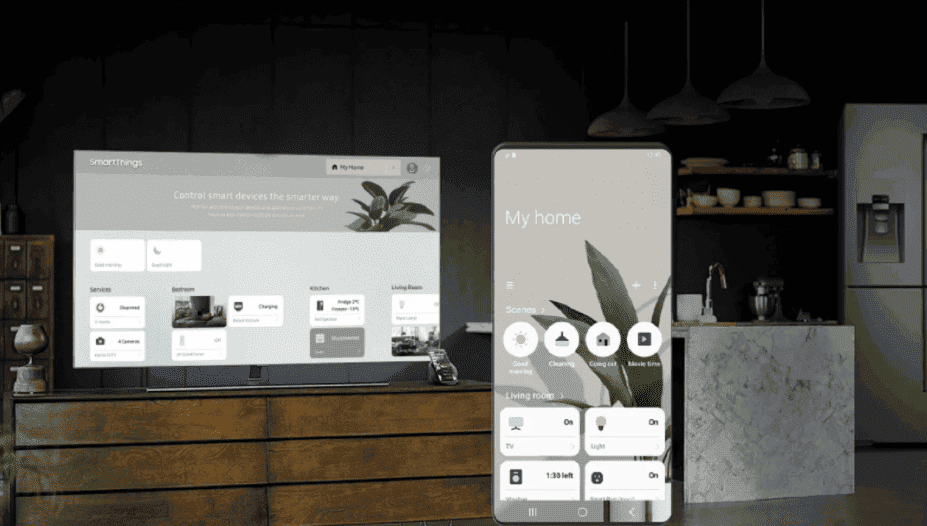 Samsung acquired SmartThings in 2014 and relaunched the platform in 2018. Over the past four years, Samsung has been able to multiply the number of connected appliances under its umbrella. Samsung officially predicts that SmartThings will exceed the 12 million mark at the end of this year. The company also predicts that the platform will have over 20 million devices by the end of next year.

One of the main reasons for the increase in the number of SmartThings connected devices is the efficient notification feature, Samsung said. This feature notifies the user when the operation is over or the device malfunctions. In addition, the remote control feature is a common feature. SmartThings regularly receives software upgrades that help diagnose and manage the product. From June to August this year, the monthly average number of users of the SmartThings platform was about 1.5 times that of the average number of users from January to May this year.

Samsung SmartThings Edge is a new architecture that allows the core functions of smart home products to work on a local network. This means that it no longer has to rely on cloud processing. This makes the experience faster, more reliable, and safer. Samsung claims users may not see concrete changes, but it will definitely be better in terms of connectivity and experience. This capability eliminates the need for cloud-based processing. This allows many processes to work locally on the SmartThings Hub.

Previous Instagram accounts suspended for no reason: what happened!

Next Oppo A98 to come with Curved display and 108MP camera