The Snapdragon 8 Gen 2 chipset, the company’s latest flagship platform, was introduced by Qualcomm yesterday, November 15th, with availability anticipated as soon as next month. The US company made a number of partner companies that would use the SoC in its smartphones official during the launch event. Including Honor, iQOO, Motorola, OnePlus, Xiaomi, etc.

The SD 8 Gen 2 CPU, which stands out for introducing an Arm Cortex-X3 core clocked at 3.2 GHz, four Cortex-A715 cores at 2.8 GHz, and three Cortex-A510 cores at 2.0 GHz, focused on high performance, should be in use in a Xiaomi flagship smartphone for the first time, said Xiaomi CEO Lei Jun. Of course, it will be the Xiaomi 13 smartphone.

The executive confirms that the manufacturer is working on a phone with the aforementioned chipset in a post on his Weibo profile, a Chinese social media platform similar to Twitter. This will increase the integration between the company’s proprietary interface and the device’s hardware, specifically with SD 8 Gen 2. 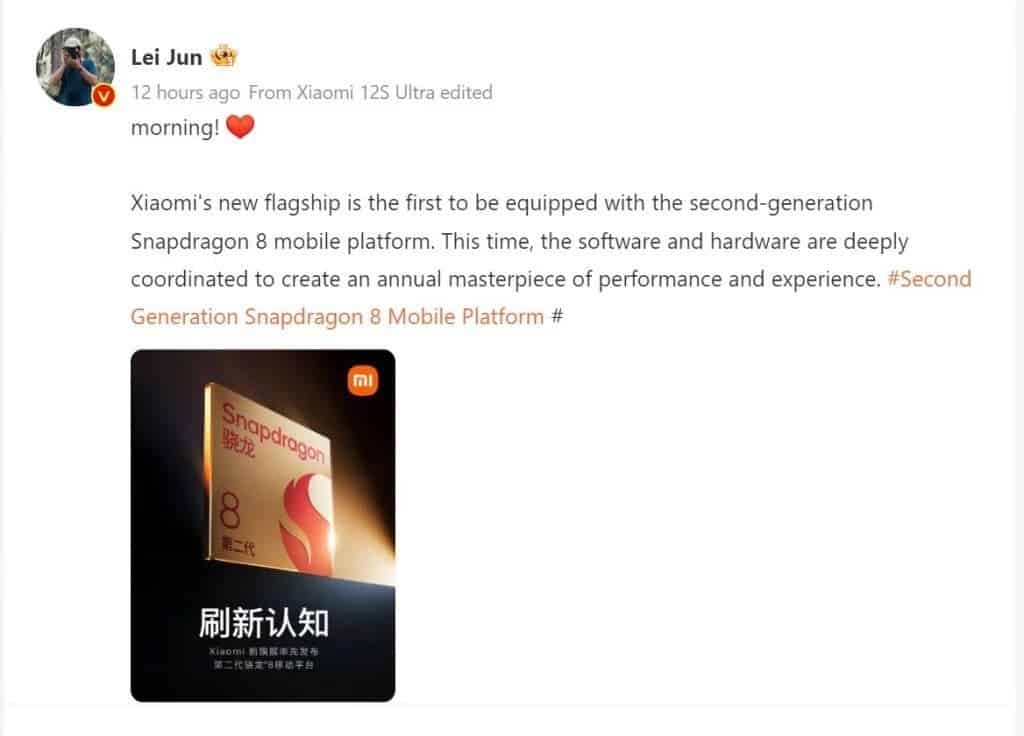 Despite having acknowledged the existence of the phone, the top executive restrained himself from anticipating much details about it. Fueling the launch rumors. Though the smart phone model and expected release date are still unknown, rumor says that it is a new line.

The Xiaomi 12 and a few other variants were officially available in the fourth quarter of 2021. So it is time for the company to update its lineup of cutting edge devices. To compete with rivals in the same category. The SD 8 Gen 2 will be available in the Xiaomi 13 series, which launch in the few upcoming weeks.