Vivo recently unveiled the Vivo X90 flagship series. Among them, we have the world’s first Dimensity 9200-powered phone, and the world’s 1st Snapdragon 8 Gen 2-powered phone. These are the Vivo X90 Pro and the Vivo X90 Pro+ respectively. Despite these “big” releases, the company still has more to offer. The upcoming iQOO 11 series is a good example. Now, two mysterious Vivo phones got their 3C certification with 80W charging.

Although 80W charging is impressive, these two phones are likely mid-range phones. After the Vivo X90 series and the iQOO 11, we’re not expecting the brand to present any new flagship before late 2023. Also, 80W charging is impressive when we look at certain competitors, but Vivo already surpassed that mark. The upcoming iQOO 11 Pro is said to charge at whopping 200W charging. These two phones could be part of the Vivo V-series. 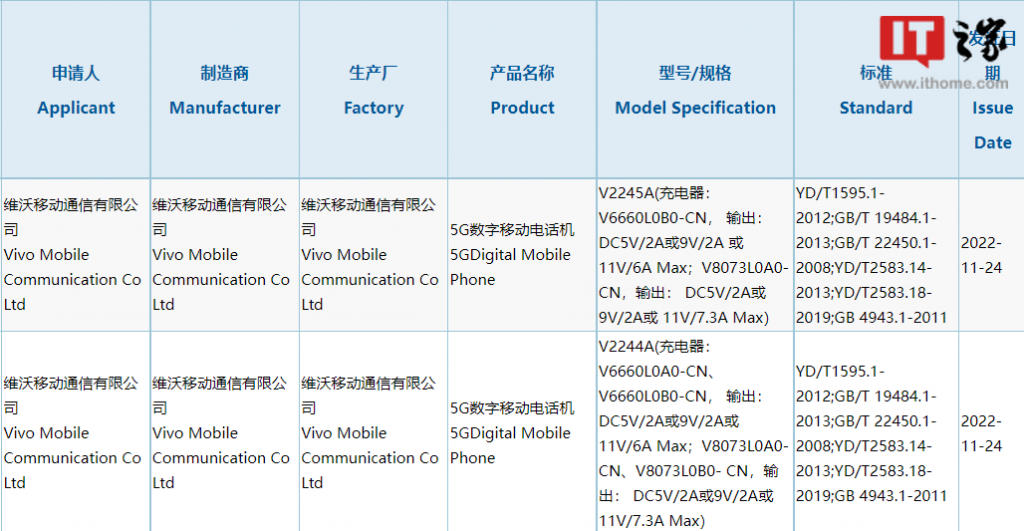 The two phones have model numbers V2245A and V2244A and got China’s compulsory 3C certification. Apart from the charging speed, 3C fails to give us any further detail about these two handsets. Anyway, the listing is a good hint of their imminent release. Right now, there is not much to say about these phones. We expect future certifications to give us more details. It may be just a matter of time until they get the TENAA certification, which will certainly give more details.

Right now the brand is busy with the release of the X90 series in China. The Vivo X90 Pro+ is the world’s first Qualcomm Snapdragon 8 Gen 2-powered phone. It also impresses with a 50 MP Sony IMX989 primary camera. There is also a 48 MP ultrawide shooter, and a 50 MP portrait lens with OIS support. There is also a 64 MP periscope zoom lens with a 90mm focal length and 10x optical zoom. It draws power from a 4,700 mAh battery with 80W charging and 50W wireless charging. The phone costs CNY 6,999 (~$980). The global release may take a while, but iQOO is already bringing the Snapdragon 8 Gen 2 to overseas.

Next Apple has no plans of buying Manchester United