The realme GT Neo 5, the upcoming high-end smartphone from Realme, may break the previous record for fastest charging. The battery can handle 240W of electricity, which enables a quick 9 minutes recharge.

Oppo and the BBK Electronics group introduced a new SuperVOOC 240W rapid charging technology (24 V for 10 A) during the MWC 2022 exhibition in Barcelona in February of last year, a power never previously seen on the smartphone market.

The latter claimed to fully recharge a 4500 mAh battery from zero to fifty percent in just nine minutes. Therefore, it is significantly less than the competition. Although BBK Electronics still hasn’t officially released any smartphones with this new technology, that should change in the coming days. 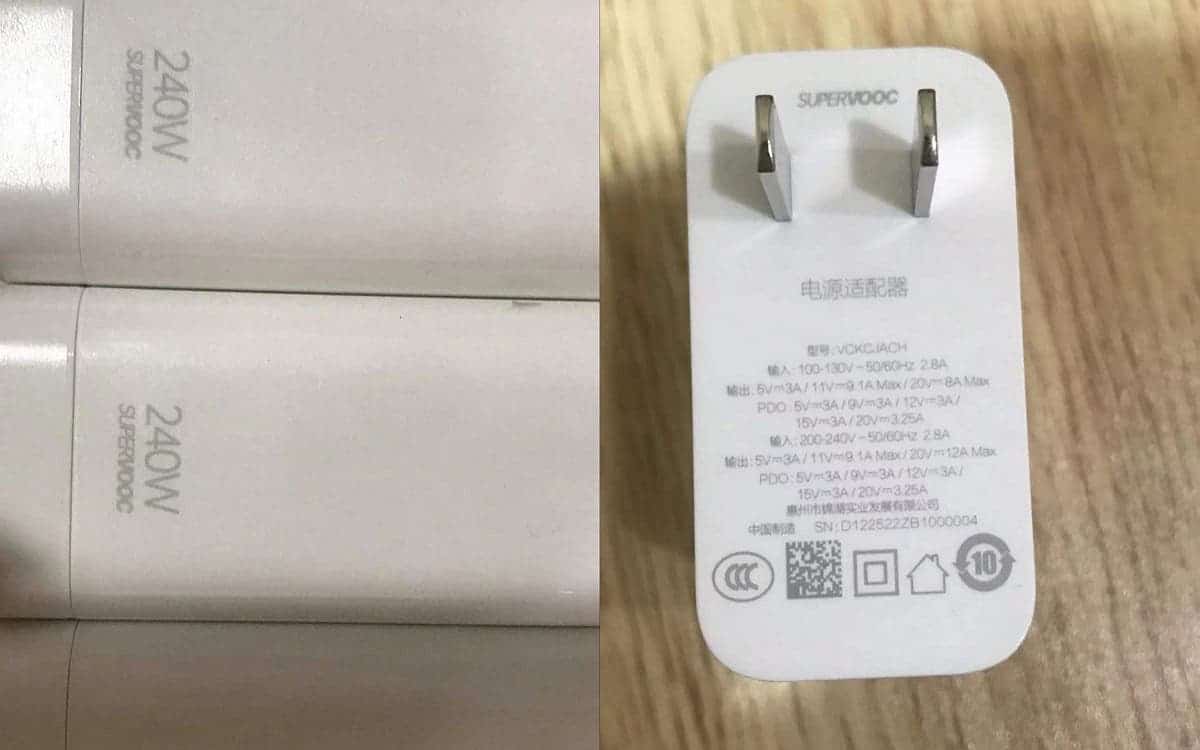 Realme revealed on social media that their Realme GT Neo 5 smartphone would be the first to support 240W fast charging. The latter has a 4600 mAh battery and is capable of being completely charged within ten minutes or less. We have alreadn an image of the 240W charger posted on the Chinese social network Weibo.

The smartphone will also have access to a top-of-the-line Snapdragon 8+ Gen 1 processor in addition to this flash recharge. Although we may be disappointed that the new Snapdragon 8 Gen 2 is not included, this decision should allow the product to target a lower pricing. Up to 16 GB of RAM and up to 512 GB of storage will be available. According to reports, the Realme GT Neo 5 has a 6.7-inch 1.5K OLED screen with a refresh rate of 144Hz.

Similar to the OnePlus 11 or the Find X6, the Realme GT Neo 5 should benefit from a 50 MP IMX890 primary sensor for photography. It will arrive with a second 2 MP sensor and an 8 MP super wide-angle sensor. The smartphone will arrive in China in a matter of days. But it should take a few weeks to reach global markets.

Next Apple has patented the long-awaited iPhone feature!