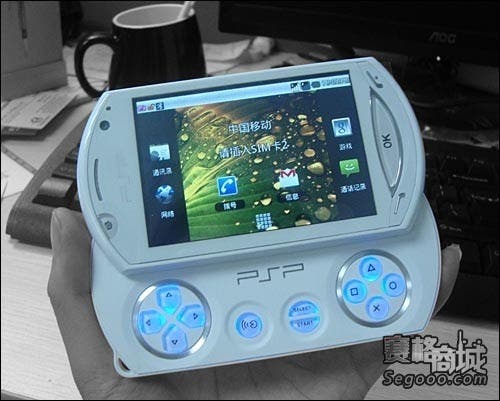 Its literally been days since confirmation of a Sony PSP phone made headlines, but that relatively short passage of time has been more than enough for Shenzhen based company Unmei to make a clone.
According to the blurb on the back of the Unmei Q5

“The Unmei Q5 is a slick portable gaming system highlighted by an impressive. It also boasts built in GSM/GPRS digital mobile phone, and the ability to play music and videos and store images” 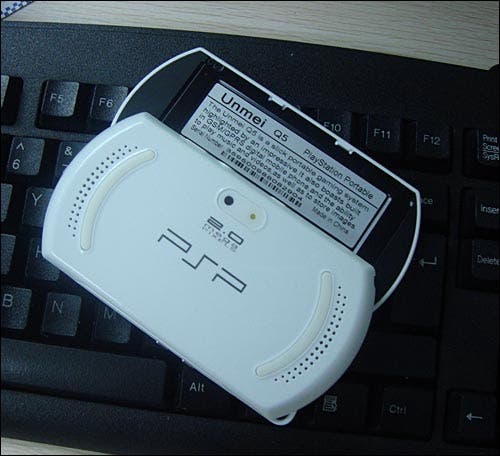 There are also 2 built in cameras both of which are 0.3 megapixel models despite the rear being labeled as a 2 mega-pixel unit. 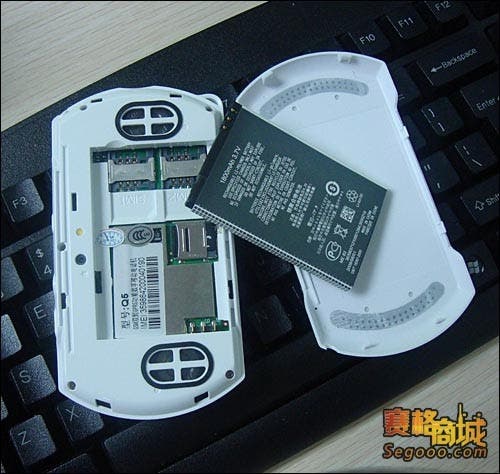 There’s space for 2 sim cards under the battery and also room for a micro SD card. 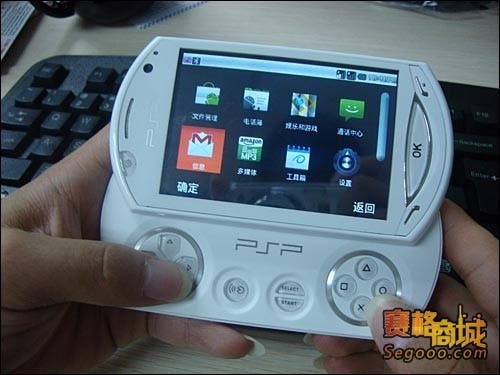 The screen is a 3.5 inch touch model which slides up to reveal the PSP style gaming controls.
On the gaming front there is built in support for JAVA games and also a supplied NES emulator so you can enjoy 8 bit quality graphics on the go!! Seriously 8 bit!?
Pricing is 399 Yuan ($60)
Thanks Unmei for the super fast clone, and also for the built in blurb!!
Via Segooo.com