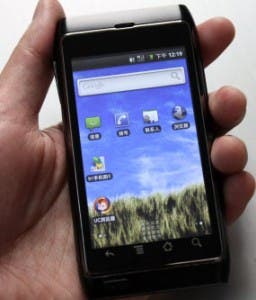 The Nokia N8 might have a fantastic camera capable of shooting short action movies, but it kind of sucks as a smartphone, wouldn’t it have been great if Nokia had dumped Symbian for Android?

Well stop wishing what could have been and look at what Chinese CPU makers Rockchips have actually done.
They’ve taken their extremely capable and popular ARM 9 600 Mhz dual core CPU, a 3.5 inch touch screen, a 5 mega-pixel camera plus an Android 2.1 O.S and wrapped it all up in an alloy casing mimicking the N8.

So you get all the benefits of an Android phone in an N8 shell only with a lower spec camera? Well not quite. Although the genuine N8 camera is going to put this 5 mepa-pixel unit with it’s dual LED flash to shame, this Rockchip phone can happily hold it’s own when compared to the iPhone in terms of photography. 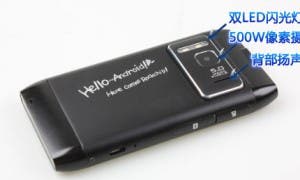 Also that dual core CPU means a games running faster and clearer than on most Android devices plus excellent video play back even in HD! 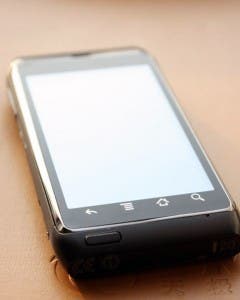 The unit here is still a prototype, but expect a production model anytime soon at a considerably cheaper price than a genuine N8.
Follow us on Twitter for more Rockchips and Android phone news.