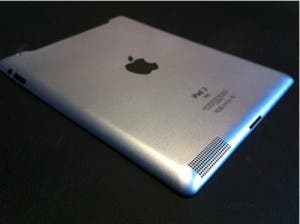 The iPad 2 has been a pretty cunning little device and has managed to stay well below the radar (unless those wedgie mock ups are anything to go by). Within the next few hours we hope to see the next Apple tablet announced, but what will it offer over the original iPad? and more importantly, what will it offer over the entourage of Android Honeycomb, or 3.0 tablets that are hitting shelves?

More iPad 2 details after the jump!

There are a few things that we are pretty sure the iPad 2 will get such as;

A Facetime camera: This is a no brainer! The fact that Apple are pushing their video chat software on all their latest iPods, iPhones and Macbooks (Pro’s and Air’s) makes the inclusion of a front facing camera a given, but don’t be surprised if it can’t take photos without a jailbreak!

Then there are the additions we would like to see such as;

And finally there are things we don’t expect to be announced on the iPad 2 such as;

Well what ever Apple have in store we only have to wait a matter of hours to find out what the iPad 2 can and can’t do!