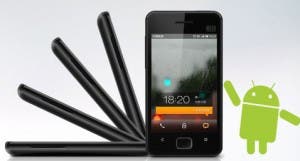 Like many companies who rely on components from Japan, the plucky little smart phone makers, Meizu, are suffering due to delays in supply of necessary parts.
The component that is causing delays for Meizu is the high definition capacitive screen which is manufactured by Japanese company Sharp.

According to Jack Wong the CEO of Meizu, the shortage is likely to last until at least May, making the sort after Meizu M9 Android smart phone even more rare than before!
Usually in cases such as this an alternative supply of screens would be found, but this may be impossible for the M9 as the screen is of a very high specification and even out shines the retina display found on the iPhone 4 under certain conditions!