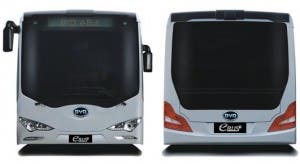 BYD (Build Your Dreams, the Chinese car company behind such cars as the BYD F0 (Toyota Aigo clone) have announced that they will be setting up shop in North America.

BYD are going to open a new headquarters in Los Angeles, which marks the Chinese automotive companies first physical presences in the U.S. The news comes at the same time that BYD  have also teamed up with car rental company Hertz, who will be using BYD’s all electric bus to ferry passangers out to LAX Los Angeles International Airport.

There are also plans for the BYD range of cars to make an appearance at Hertz rental centers across North America too, so you can also enjoy driving around in a knock-off Toyota of some description in the near future!

Via: Engadget and China Car Times

Previous Lenovo Announces All in one Touch Screen Desktop