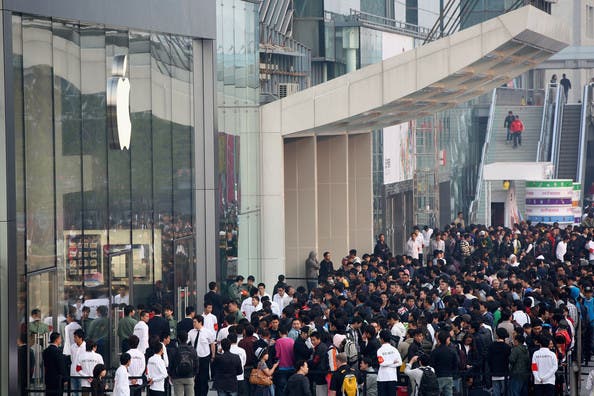 The much anticipated Hong Kong launch of the iPhone 4S has been and gone, and as you would expect the latest iPhone has already sold out!
It was reported that more than 3000 Apple fans, and scalpers, were waiting outside Hong Kong’s flagship Apple store earlier this morning, but only the first 1250 people were eligible to buy an iPhone 4S.

Apple also adopted a maximum 5 iPhone 4S’s per person rule to try and even out the limited stock and let the majority of fans go home with the latest Siri personal assistant iPhone.

The launch wasn’t without it’s hiccups though as clashes between scalpers from Southern Asia and Apple fans caused the police to arrive and Apple to bring in a security team. 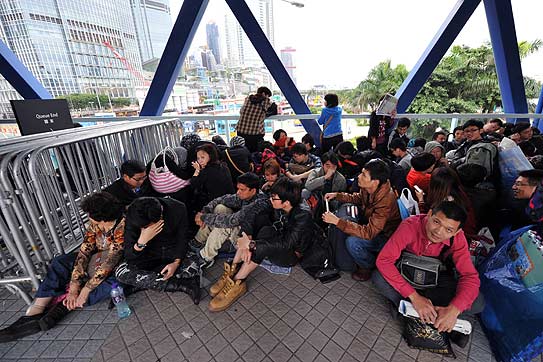 The conflicts and minor scuffles became so intense that Apple had to create ‘pens’ much like those used for holding cattle to separate feuding customers!
Not, everyone was excited about the prospect of lining up for hours and jostling for position with ‘professional queuers’ however, and many people decided to head back to their homes and wait for the iPhone 4S to become more widely available in a few months time.

Many of the iPhone 4S’ sold today in Hong Kong will not be on sale for up to twice the cost of the recommended retail price either in China or somewhere in Southern Asia, where the 4S is extremely rare and a very sort after phone.

Chinese iPhone fans still have to wait for at least another month before the iPhone 4S officially made available here and we will likely see similar scenes here as witnessed in Hong Kong today, in the meantime though Chinese customers are busy snapping up the older iPhone 4 8GB for a newly announced lower price, while others still are getting a free iPhone 4 as part of a deal from China Unicom.

Next This Smart Cover Knock Off is so good we doubt Apple could tell the difference!