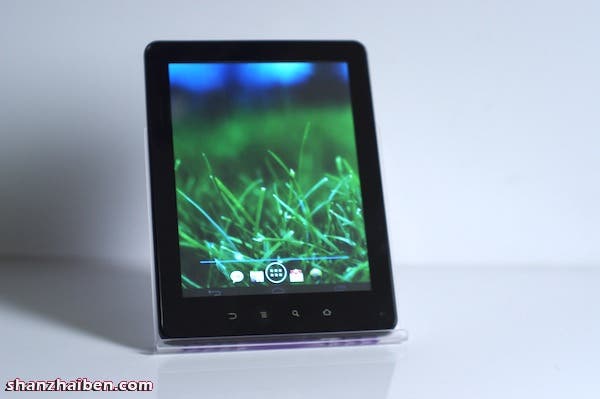 China’s AiShou tablet brand, roughly translated to ‘Love Master’, have released news of their planned Android 4.0 Ice-cream Sandwich tablets which are rumored to use Samsung and NVIDIA Tegra 2 processors.

The tablet pictured here is the Aishou A818, an 8-inch Android 4.0 tablet which is expected to launch in the next month or so with a Tegra 2 dual core chip.

There aren’t many other details about the Aishou A818 tablet other than it was originally designed to run Honeycomb and that Aishou are planning a 7-inch and 10-inch version, all of which will come with resistive, capacitive and even piezoelectric screen options!